Big Brother 21 Updates – Trying To Make Sense Of The Twist 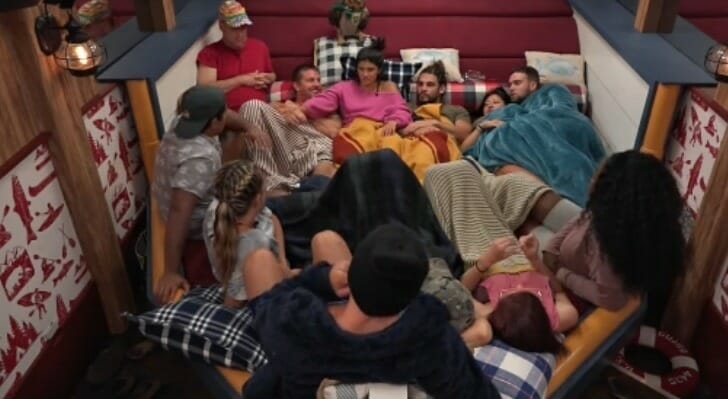 I chose to work on Sunday because it’s typically a slow day in the house, but here I am working when Ovi is getting a freakin’ twist that very well could and should save his game.

That is the current debate in the Big Brother community and both sides have a good case.

One side says that Ovi simply can’t use it because it can only be used before the veto while the other says it’s still in play and he should use it tonight.

I’m going to look at it from both sides.  The latter side is simple. At no point did Ovi read on the card that there were any limits on its use other than the duration. It did not specify if it could only be used prior to veto which gives you the logical solution that he could still use the power.

However, this IS a TV show and over the course of the series, twists like this have generally been meant for pre-veto. This is because anyone nominated gets a chance to save themselves. Unless of course they were backdoored, but backdooring someone has been part of the game for nearly as long as the veto has been in play. Another thing going against the twist is the TV show aspect. They typically have noms, veto, and the meeting wrapped up by Monday afternoon which gives them time to put together the Wednesday show (which is almost always the veto comp and meeting). They’ll then squeeze any drama that happens between Mon-Wed into a short clip at the beginning of the live show.

The problem is, Ovi using his power and creating a brand new set of noms is not just ‘a little drama’. It’s a game-changing twist that will completely screw Christie and whoever she is forced to nominate on the spot. Back to counter that argument, they do have a double eviction once a season where an entire week is played out live in an hour so time is really less of a concern than the fairness of giving the new noms a chance to save themselves via veto. Flipping back once again, David is set to return in some way on Wednesday which means if they do allow Ovi to use the twist, that live show is going to be pretty packed.

So there you have a little insight into my thought process on this twist. In summary, I have no idea if he can use it. I’m going to assume he is still eligible and will either use it tonight or not at all (for some reason). Him not using it is always a possibility. People have gone home with the immunity idol in Survivor so Ovi could be one of those people for this show. If he’s convinced he’s safe and wants to save the power for later in the season, he may use it. Crazy, right?

I predict he can and will use it tonight

Regarding the feeds, they’re pretty tame tonight. The entire house was sitting in the boat room chatting like best friends. I’ll update this thread if anything happens, but I don’t expect the twist to be in play until they are all in bed. Maybe 3-4am