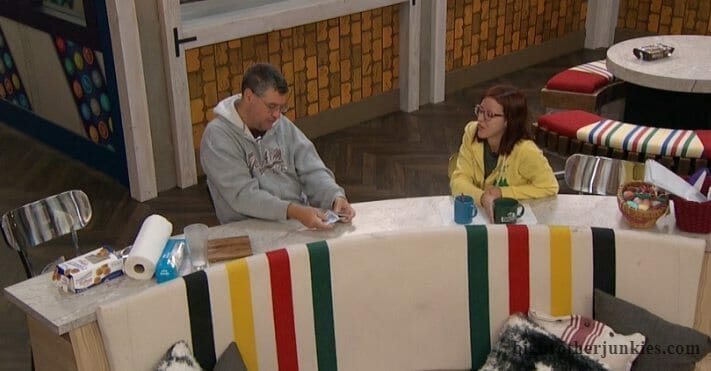 I’m going to take a gamble and assume that tonight’s CBS episode will be left as a Cliff-hanger (pun intended) where it ends like “what will Jackson do with the power of veto and find out who goes to jury tomorrow!” and everyone rushes to their favorite Big Brother spoiler site (this one!) to find out what is Jackson going to do!

So with that, today is Cliff’s last full day in the Big Brother house and he had a good run. I’m not going to talk much about him because I had an appreciation thread about him yesterday. I think the big question moving forward will be America’s Favorite Player. Who gets it? I’m going to put up a poll of the people who actually have a chance and want to see what you guys think….

I obviously left out a bunch but those are the only people who have ever really been mentioned by fans so I wanted to narrow the poll a bit. I’m sure people like Ovi may get some votes, but he’ll never actually contend.

Inside the house, Cliff and Nicole have been trying to work Jackson to keep Cliff but it’s really falling on deaf ears. They can give Jackson all the guilt trips they want, but I’m pretty sure he knows he has the best chance of winning if he’s sitting next to Holly rather than those two. At this point, I don’t think he actually has any shot at winning, but he’ll likely receive the most votes against Holly. What he did to Tommy was suicide for his chances at winning this game. The ironic thing is that Jackson would have had a better chance at winning the game had he just accepted fate and let Holly go. As nice of people as Cliff and Nicole are, Jackson’s former alliance was in jury and could pull for him. I’m not going to bother counting hypothetical votes in the event that they kept Tommy, but I’ll just say Jackson’s chances of winning the game were much higher before that move. If whatever clip they send to jury with Tommy features that little part about him screaming at Jackson, Jackson is toast. It was painful to watch and there is no way the jury will give him half a million.

Alright, inside the house will be more of the same today, but I leave you with this image that I created… 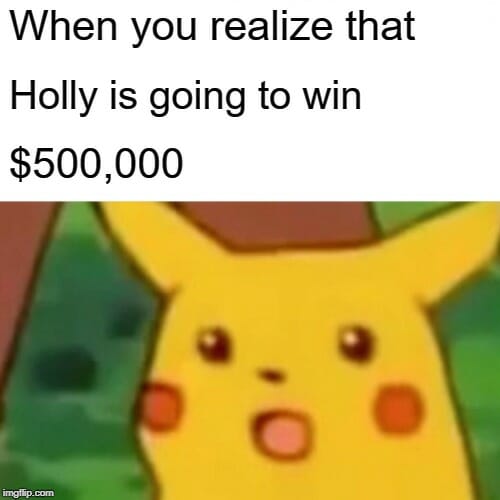 6:45 pm – Cliff is having a conversation with Jackson and making his pitch

It’s not much of a pitch. Jackson is basically explaining in different ways how he’s going to take Holly. Cliff is pushing ‘words’ but we saw on CBS tonight how ridiculous he (Cliff) looked trying to make all these deals. Deals in games like this should never be taken seriously but for some reason, Cliff acts like they’re binding. When they approached Holly and told her that she could play in the PoV was absolutely cringe-inducing.

Cliff tries the ‘you do know that Tommy isn’t here because of him’ and Jackson says he knows. Nicole is more to blame but she’s safe. He’d rather take Cliff over Nicole but he can’t.

Cliff – “It is what it is. If you can live with it”. Cliff with the father guilt trip uppercut

Jackson pretends he’s going to think about this some more

Cliff tells Jackson that if he’s in jury, he’s likely voting for Holly or Nicole and Holly would be better suited in jury campaigning for Jackson rather than Cliff campaigning against.

7:00 pm – Cliff leaves and Jackson stews on that. He says “are you kidding me? Are you fucking kidding me? Threatening me?”

8:50 pm – Nicole is downstairs talking to Jackson who is still upset and venting over the conversation with Cliff

He is really upset that Cliff threatened him.