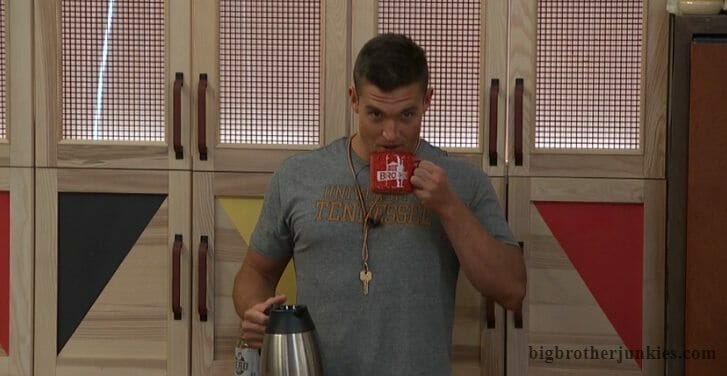 It’s Wednesday in the Big Brother house which means it’s Christie’s final full day to campaign and try to stay. She’s been put in a tricky situation this week because the person sitting next to her is hard to campaign against, but she’s been doing what she could. By ‘what she could’ I mean pulling a Sam and dropping a grenade on the way out the door.

Christie has been pretty good this season, but she’s been surrounded by a bunch of dopes, so it’s hard to tell if she’s actually good or just big fish small pond. Judging by her exit strategy, I am thinking the latter because that was just brutal. While I appreciate it from a ‘team good feeds’ perspective, completely throwing a voter under the bus in a week that you can only afford to lose 2 votes is not a great idea. There is now zero chance that Nick votes to keep her and there is also a high probability that he’ll actively work to mobilize votes against her.

Sis hasn’t been doing a damn thing to campaign other than pathetically begging into the camera for a power so Christie already had a small advantage in that area. However, she threw that away and then some by not only creating an enemy who can vote, but a pretty influential enemy. Now, I’m not sure that Christie ever would have picked up enough votes to stay but it was just a terrible idea to make it harder on herself. She could have had 2 locked votes between Tommy and Jess which means she either needed to just work on Holly and Jackson or Cliff and Nicole. It may not have been easy, but I’ve seen stranger things happen.

It should be interesting to see what she has in store today, but I doubt it will be anything as explosive as Taco Tuesday

Sorry I haven’t updated this in a few days!

This good boy is named Kevin which is always hilarious to me when normal human names go on pets. I love it. Kevin was submitted by Vikki and was a rescue pup who was 11 hours away! Remember everyone, always look in rescue shelters first. You’ll often find some amazing animals who are already housebroken and are just waiting to spread their love! 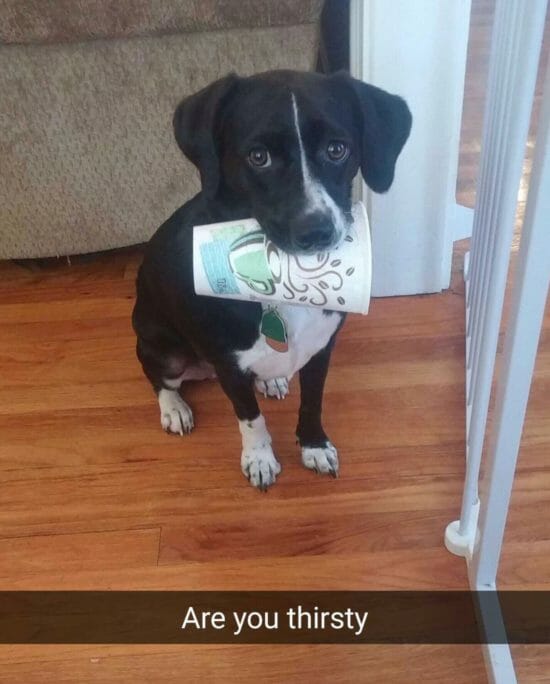 10:50 am – Everyone still casually waking up. Nicole and Tommy broke a glass in the sink which I believe is the second broken glass in the last 2-3 days. Good luck with the glass shards on the floor!

11:20 am – Houseguests in the kitchen sharing stories of their birth. Weird. 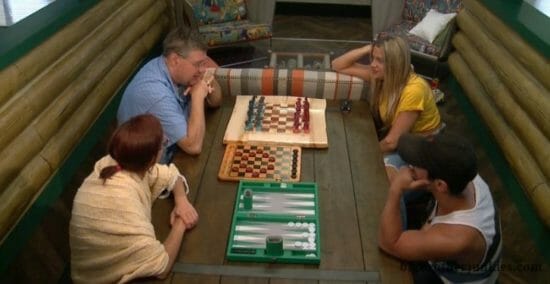 Meanwhile, Cliff, Nicole, Tommy, and Christie are sitting around the gaming table having some small talk

1:30 pm – Cliff and Nicole are alone and brainstorming

They are tossing around the different scenarios of keeping Sis vs Christie.

Nicole points out how getting rid of Christie creates a Sis, Tommy, Nick vs the house situation where getting rid of Sis creates a bunch of two person alliances. Her and Cliff, Christie and Jess, Nick and Tommy, Jackson and Holly. She says under that situation, Christie is obviously going to go after Nick and Jackson and they’ll go back and forth but Nicole is missing the Tommy and Christie connection.

They are going to talk to Jackson and Holly later with an open mind. The way this talk is going, there is a legitimate possibility that the vote can flip. One thing that really is hitting Nicole is how much Christie really wants to be there and it will kill her to evict her.

On the other cam, Tommy and Christie were talking and it sounds like Tommy is ready to see her go.

I am now 100% confident that a really good player would have stayed easy this week. This house is primed to flip and may still actually flip but it would be hard to give Christie much credit if it does. Although Christie coming out as a clear enemy to Nick may work in her favor with Cliff and Nicole but it really sounds like this house didn’t need much reason. I mean she’ll get credit but it won’t a blockbuster move. A great player could have flipped this week with ease. Especially with Holly of all people trying to talk Jackson into keeping Christie.

2:30 pm – Nick and Nicole are in the bedroom talking and Tommy comes in to say he gave Christie a lecture about blowing up Nick’s game. He said it really upset him when she did that and the only way she has his vote is if she reverses course. Meanwhile, Christie is upstairs working Cliff. 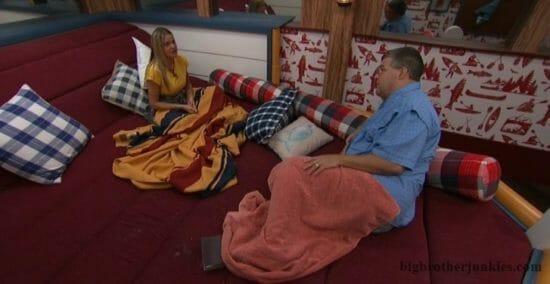 Cliff says that Christie needs to sell her soul to Jackson and Holly to make deals because it goes through them. Weird.

3:10 pm – Tommy is talking to Sis privately and surprisingly sounds pretty dead set on getting out Christie. I think he was looking forward to the opportunity to cut that tie and doesn’t want to miss it. I said earlier in the week that her leaving is best for his game (so long as she doesn’t blow him up)

4:30 pm – So, Christie has been working Jackson for the last hour or so and doing a damn good job. 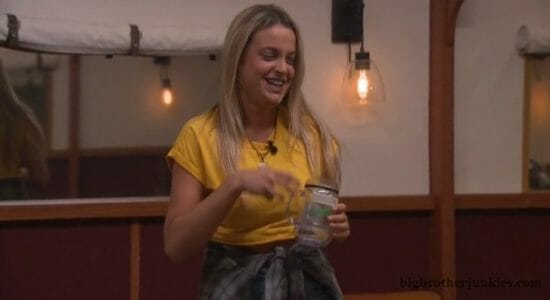 She is doing this because Cliff told her that if she can get Jackson and Holly, he’d be on board

Sounds like Holly really wants to keep Christie but ironically she isn’t sure where Tommy is leading. Would be hilarious if Tommy is the person who gets out Christie.

Holly says if Christie can get Cliff and Jess, she’d vote to keep her. Holly says she’d look like an asshole to burn them because she swore on her sister’s life. Holly knows it would be harder to beat her when they get down to the nitty gritty

Christie moves downstairs to Jess and re-tells a bit of the situation while throwing Sis under the bus. So much for not campaigning haha. Love it. This is Big Brother. Regardless of what people say about this season, very few have gone out quietly.