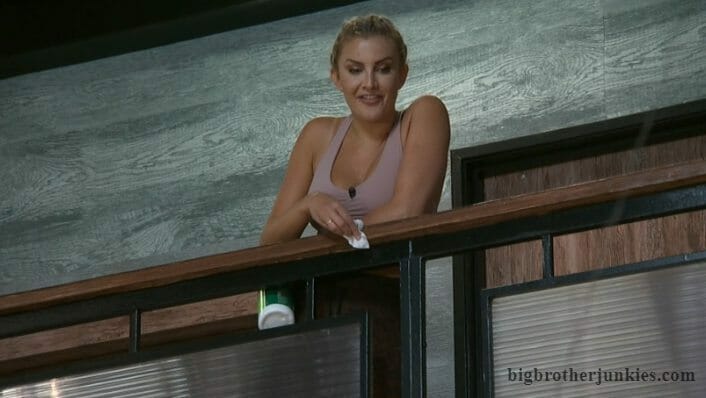 There was little game talk today inside the Big Brother house as they spent the afternoon doing a fashion show (see the pictures here). The CBS episode wasn’t too eventful other than Cliff securing his 2 week deal with the alliance. We knew all that already.

It’s an even slower evening which is why I merged the evening and the overnight thread. It happens. The week is essentially wrapped up and everyone is just waiting for Bella to be evicted and gearing up for the endurance comp.   (get your live feeds here)

Not much to talk about which is shocking for me, but that’s how slow things are. Let’s get into updates until I crash