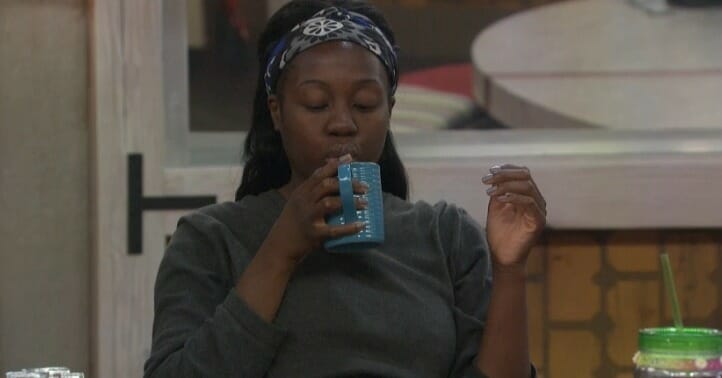 It’s another Wednesday in the Big Brother house and the season is just cruising along. I hate writing that because it means the summer is also cruising along, but that’s life I guess.

Let’s give another quick summary to yesterday:

Christie, Nick, Bella, Jack, and Jackson are trash.  Nick said he wants to now spit on Kemi because Kemi upset him trying to play the game. Nicole overheard him and told Kemi about it, but she wasn’t 100% sure who said it or what was even said (they thought it could have been anything from spitting on Kemi to shitting on Jess that is how unsure they are). Sam has been trying to attach himself to that group while Sis and Holly appear to be trying to distance themselves.

In other news, Nick, Bella, and Sam are still thinking Nicole is going home tomorrow but I assume Christie will spend the day convincing him that it’s best for Cliff to go. While I’d like to see him not accept it and then be blindsided tomorrow, I have a feeling the day will end with him and Bella accepting Cliff’s exit and there won’t be much drama tomorrow night. They are too dumb to think for themselves and just need Christie, Jack, and Tommy to convince them what to do.

Wednesday is always a potential for drama in the house and I’m currently giving this house a 5 out of 10 in the water boil rating that I just made up. It may be a good time to sign up for the feeds seeing as you get a free trial