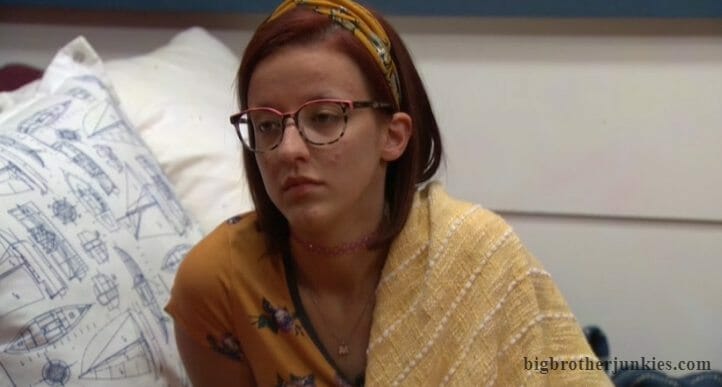 We’re just about time for BBAD so I wanted to get this post up before that starts. I know a lot of commenting happens during that show so here is a clean slate.

There isn’t much going on in the house at this moment. They had the midway party tonight but Jack is still campaigning as hard as he can to stay. Unfortunately for him, he’s not very good at this game and thinks his brilliant strategy of blackmailing Kat with garbage will have an impact.  To repeat this plan, he wants to threaten Kat that he’ll tell people how she knew of Cliff’s flip vote to get him out and also played as a mole early on. It’s already gotten back to Cliff about that and he has said he doesn’t care. I doubt Nicole will, either. He is trying to blackmail her with the weakest thing possible. It’s like threatening someone to give you something otherwise you’ll release these photos of them that you pulled from their public Facebook account. Very sinister!

To be fair to Jack, he doesn’t know that nobody cares, and Nick didn’t help matters being appearing to be in a panic of something Kat may have said about him. However, that’s because Nick is a snake who is trying to play both sides and is terrified of being caught. However, that gave Jack this sense of importance that the other people will react similarly. They won’t.

Jack is almost certainly going to jury tomorrow. I’m going to sit down and look at the remaining calendar to see if there is a chance for another battle back, but I’ll do that when I’m more awake. For now, off to bed. Updates in the comment section.