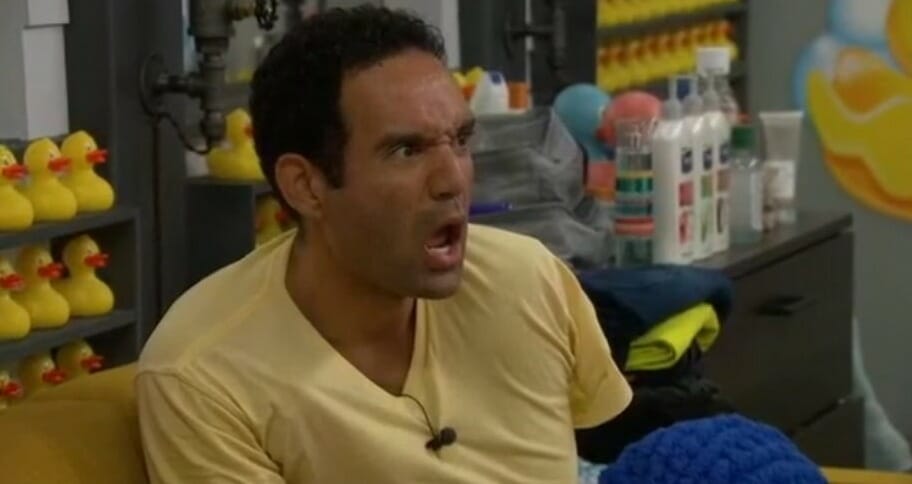 It’s a new week in the Big Brother 22 house and that means all new fun! Maybe? It definitely means something. Hopefully fun is on the menu, but we’ll have to watch and find out.

With Memphis as the new HoH, there is no clue how the week can go. Surprisingly, he’s not currently targeting the people fans feared he would (Janelle and Kaysar), but instead he’s tossing around the idea of David and NicoleA.  Alright. Way to make a bold move!  He did also float the idea of Ian around but that’s just embarrassing for him.

Why is it embarrassing?  Because Memphis is often seen as Dan’s ‘Cody’ to Derrick. How sad would it be to appear as if he’s just doing Dan’s dirty work rather than playing his own game?  While I understand that Ian is always a threat as a former winner, he really has no reason to target him right now. Memphis is kind of all over the place and if he does a weak move like going after NicoleA, David, or even Ian, it’ll solidify him as a waste of a player who will just be bumped off somewhere in the middle of the game.

Reality is, shots were fired by Cody last week whether he intended to or not and he missed (Janelle/Kaysar). If Memphis wants to secure himself a real alliance, he needs to run things by Cody and work together on this. I know it’s sad to do someone else’s bidding and I know I just made fun of him for potentially doing Dan’s, but Dan isn’t in the house. Cody is. Memphis has zero shot right now unless he starts securing alliance members and just going after weak floaters won’t do it. But, it’s his call (obviously)

Before I begin, a huge thank you to Kimeida and Frances for their donations! I appreciate you guys!

Also, I’ve been playing Fall Guys when the feeds are down. Feel free to add me on steam – Stevebeans