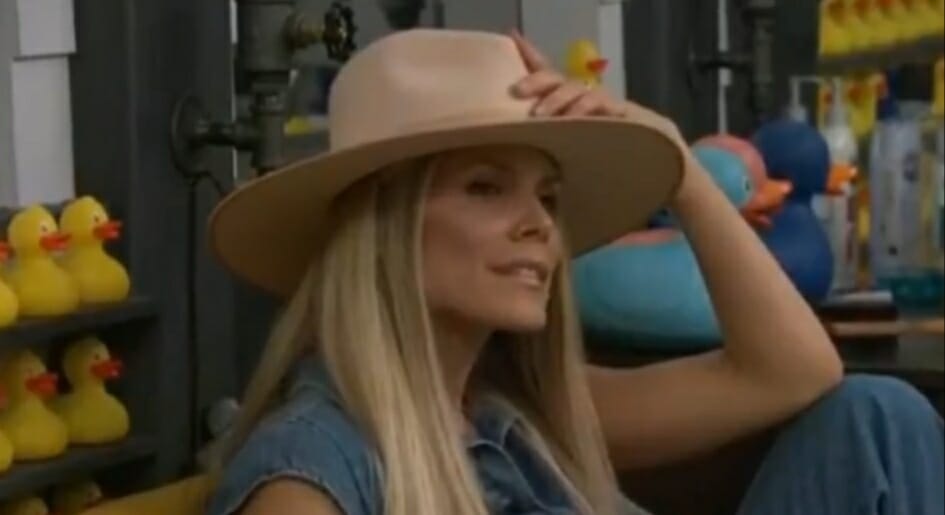 Good morning, hope you’re starting a great weekend. Yesterday began with Nicole and Dani talking about their DR’s and who had spoken to them about what. They were trying to talk in code but the gist of it was over the remarks that had been made about Ian. Nicole asked if it was going to be aired and Dani said probably. Nicole said “the Ian stuff” and Dani said no. (I was a bit lost on that part) It sounded like they’d picked up on a potential problem based on the kinds of questions they’d been asked the day before. This was the night Nicole was talking to Christmas and saying she’d just not laugh or joke anymore. She said she would stop talking entirely. (This isn’t Nicole’s first time on the show and she knows what she’s doing. It’s a way to tell production, if you throw me under a bus, you won’t get good tv out of me anymore. I’ll just shut down) She even told Christmas “I shut down when someone tries to make me out to be someone I’m not.”

After what was probably a tip off by DR questions, (that’s a guess) some of them had actually spoken to someone about it, including Dani. That’s what she was asking Nicole. She wanted to know if she’d had her conversation yet. It also sounded like Ian had been talked to about it and Nicole wanted to know how he took it. (This happened at a different time in the day) During this morning conversation with Dani, Nicole was worried and then she was pissed. She started making comments about just leaving. She said she’d had a dream she left. (Again, this is a way to say ‘if I’m confronted about this or put in an uncomfortable situation, I’m outta here.’)  It’s a way to simply try and avoid it because production will go to great lengths to prevent people from quitting. Nicole knows this and has zero intentions of leaving. Sorry to start the recap with this shit but it’s how the day began. 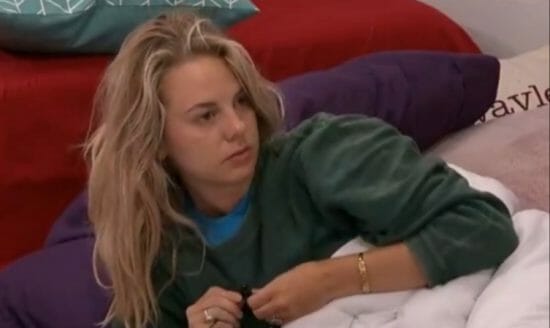 Nicole woke up to find out there’s this thing called live feeds and that people actually watch them. 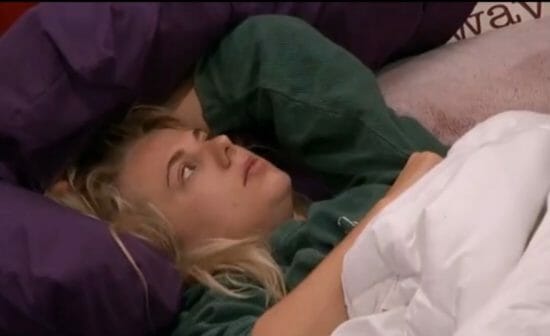 Don’t worry, she was stressed at first but came up with a plan. She realized she could threaten (in a subtle way) to leave if anything was put on an episode that might make her look bad. For emphasis, she dropped the F bomb…and it wasn’t “freakin.”

If all else failed, she could simply blanket.

On a lighter note, Dani met with everyone for the pre-nom meetings. She already knew who she was putting up and did most of them for show. The highlights from these conversations: 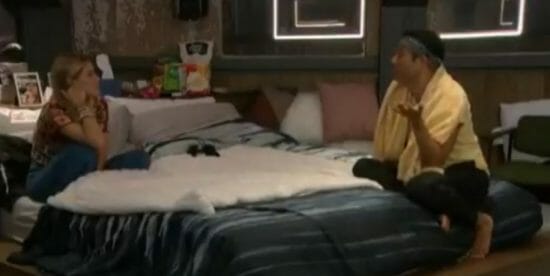 Dani trying to convince Kevin he’s just a pawn and that you can always trust someone wearing a quilt shirt, right? 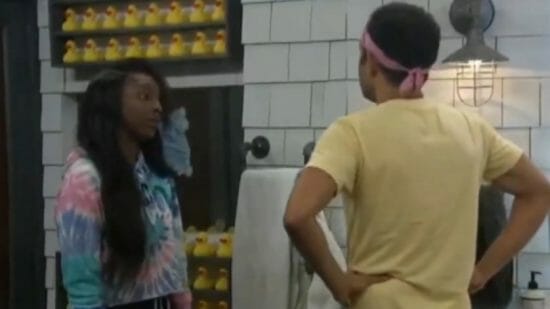 Kevin told Day everything he talked to Dani about and said he made it clear anyone who jeopardized his life wasn’t getting his votes. He said “I’m not some dumb assed bitch.”

The nomination ceremony took place and feeds came back with David and Kevin on the block. These were always going to be Danis noms because she’s in an alliance with everyone else in the house, if you count the new deal she has with Day.  It would’ve been better for her if Nicole or Cody were hoh this week. It would be easier for them to put up Kevin just like it would be better for Nicole for someone else to put up Ian. Until recent events, which have some of the hgs worried, Ian was a possible plan for the week. That idea ended the moment some of them were talked to about the Ian comments in the DR. Cody and Nicole want Kevin out because he put them up against each other in the knock out hoh comp. 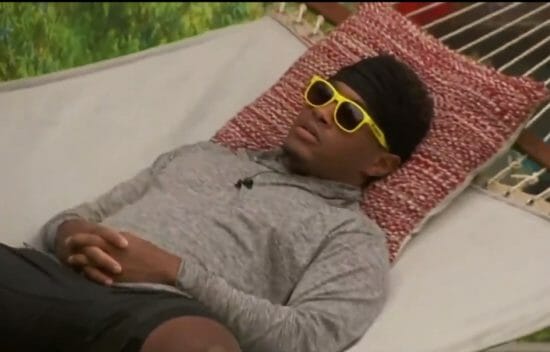 David right after noms as he planned to disrupt Danis hoh reign.

The feeds went down again for David to use the disruptor power. Dani put Tyler on the block as a replacement. 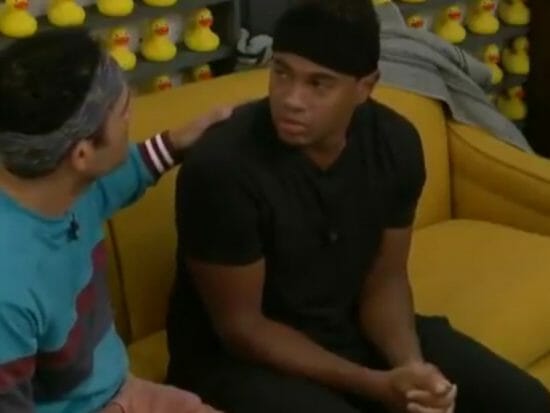 Kevin is explaining to David the best way to find out who used the power to save him. 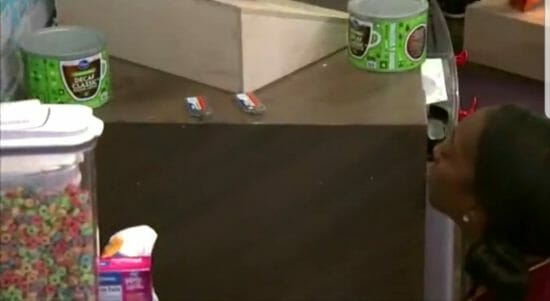 Meanwhile, Day investigated the ant trail. She also made homemade ranch dressing from have not approved items. 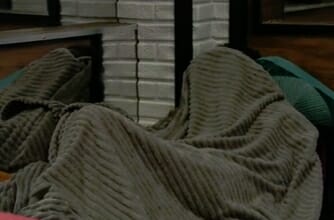 David may have the Disruptor power but Kevin is going for some kind of invisibility cloak to save himself this week. 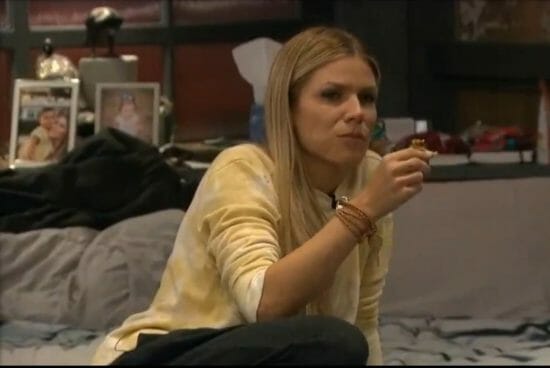 Dani needs to talk everyone into taking out Tyler. Cody needs to talk them into keeping him. Tyler needs the veto. This could get even more interesting this week.

Dani has already had to put up one alliance member and after the veto comp, it could be two. (maybe even 3) Cody and Nicole said two days ago they wouldn’t evict Tyler yet, no matter what Dani might want. This isn’t the scenario they were talking about so if he stays on the block, that could change. I think Memphis will be fine either way depending on what Cody would want. Enzo may be another story. There isn’t much reason to speculate on it before the veto is even played. I really want Tyler or Kevin to win the veto because Dani would probably try (and fail) to put up Christmas since she’d use her power. I hate to see anyones hoh so messed up, including Danis but what can I say? I need some excitement this season. I’d also like to get the powers out of the way as quickly as possible.