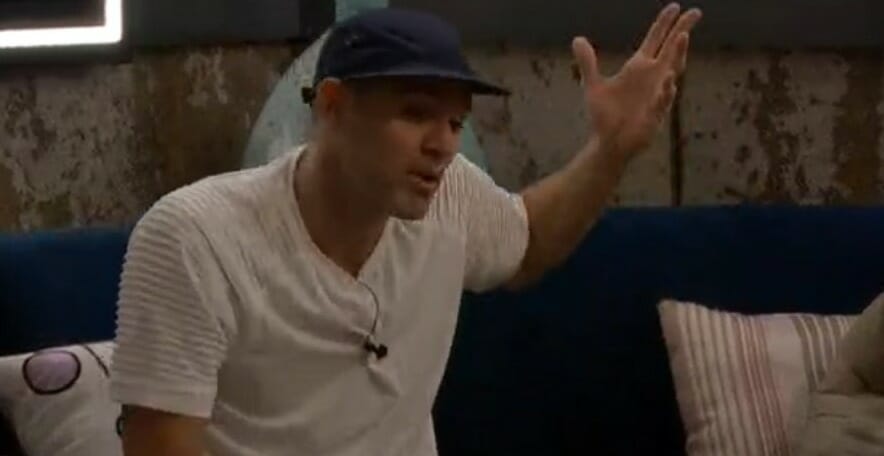 Welcome to the second to last Friday in the Big Brother season, and really the last nomination Friday of the season. We’ll be down to the final 3 on Thursday night and that will go into that three-round HoH competition that ends on Wednesday night (10/28). Amazing how we went from wondering if there will be a Big Brother season to analyzing every single cough by houseguests early on and then boom, done. We’re about to hit winter, but as Enzo says over and over and over ‘It is what it is’. Every day is one day closer to a covid vaccine and our lives returning to normal.

Speaking of covid, we’re about 70 days into the season and I haven’t said it often but I hope you all are remaining healthy and safe. I want to know each and every one of you made it through the season with your health. That includes you, NK (please email me!).  I doubt you all made it through with your sanity, and I’m with you there, but I want your health to be good!

With that out of the way, I want to shit on anyone’s parade of hope that Enzo could flip on Nicole this week.  He can’t. He’s powerless to get Nicole out of this week. I’d put money on her being in the final 3.  Why?  There is only going to be one person voting to evict this week, and here are the options:

That’s it. There is no timeline where Cody evicts Nicole so that’s not even a question. The only way Nicole leaves this week is if Christmas somehow thinks she is more of a threat than Cody is, and that won’t happen. So, either Christmas wins veto tomorrow and Cody goes home, or Christmas goes home. Those are your two options this week.  Sorry for the spoiler, but that’s what happens when people are tight at the end.  Enzo winning HoH was the worst possible situation if you wanted some sort of Thursday surprise next week. He is probably the only person in the house right now who is a bit scared of Nicole and he’s powerless to do anything about it. Kind of weird when an HoH is powerless, but that’s how the game works.

So, I’m sitting here watching Enzo vent to Christmas about how much of a threat Nicole is, but that’s all he can do. I have no doubt that Enzo will pressure Christmas to vote out Nicole if she wins veto, but I just can’t see it happening. She knows Cody will not take her to the end, but she has hope that Enzo or Nicole will.

Alright, it’s 11:30 am and feeds are already down to pet cam. Either something is happening or they’re just knocking out noms early because they’re essentially pointless this week.  I’ll update this when the feeds are back!

What do you think?  Is there any world where Christmas keeps Cody over Nicole if she has the chance?

While I wait, here is Evel Dick just showing how trashy he is. I was going to embed it but I don’t want that to autoplay on anyone. Click at your own risk (language)