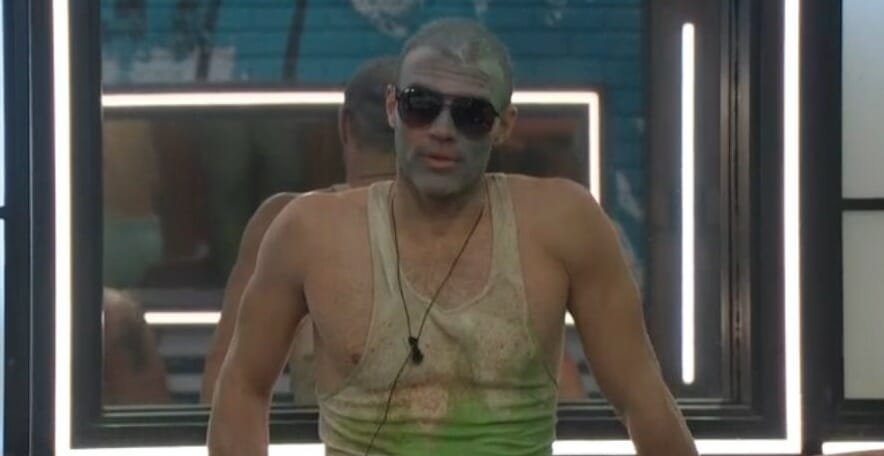 As expected, round 1 of the HoH competition went off tonight and it wasn’t shown on feeds. I’m not going to complain, you all have heard me complain ad nauseam about the feeds so I’ll stop before I get started.  I really believe this is all just because of the pandemic and no audience so hopefully things go back to normal next season.  What I mean is, I’m fairly sure for most of the season, the HoH night was pre-recorded because it’s simply easier to handle than live shows. With nobody in the audience, they can give themselves 1-2 hours of pre-recording to not worry about bleeping things out, etc.   I’m not sure there will be an audience next year, either, but we’re way too early to speculate.

Alright, before I give you the results, let me do my yearly explaining of how this final comp works…

Round 1 finally came back around 1:30am (est) to a very messy house. It was clearly the comp where they hold on to the ropes and bash into things while getting sprayed.  We immediately found out Enzo lost but it took about 10 minutes before Nicole finally confirmed to the camera she won round 1

What this means is that Enzo and Cody will face off in round 2 and the winner will face Nicole in round 3.  And let’s be real, it’ll likely be Cody in round 3 with Nicole and they’ll likely take each other. Christmas was indeed right when she said Enzo finishes third this year.

So, let’s assume the final 2 if Nicole and Cody, who are you voting for to win this season? Let’s hear it below