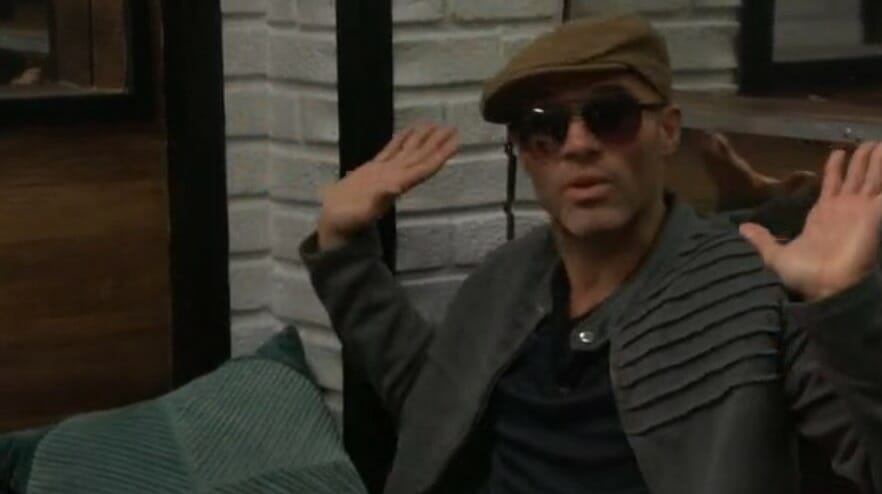 9:00 pm UPDATE – It does not appear the HoH competition is going to play out on the feeds so I will post the winner when the feeds return

It’s eviction night in the Big Brother house and it could be a good one as I touched on in my earlier thread here.

I’ll quickly summarize that post for you now just to save you a click. Before the feeds cut for the evening, both Ian and Tyler still thought they were safe. Or at the very least, had the impression they could very well survive the night. Ian knows he is clinging to a miracle while Tyler knows it’ll take a lot of backstabbing to flip the vote, but this is Big Brother.

The reason Ian has hope is that he feels he has secured the votes of David, Da’Vonne, and Kevin. He also feels he’s in a solid duo with Nicole which should get him 4 votes. He was then convinced by Dani that she’d vote in his favor if it is indeed a tie. The only issue is that Nicole and Dani are actually in an alliance with Tyler and are leaning on keeping him instead. Nicole is also planning on playing innocent and pretending someone like David flipped. Will any of that happen?  Or will it be yet another unanimous boring house vote?  My guess is the latter.  Regardless of what happens, I do hope Ian leaves because he is really not doing well in that house. He has had a few breakdowns this week and has even said he’s going to just leave the jury house if he is the first in it. I’m just not sure he can handle another month and a half of this game.

Alright, enough rambling. But before I begin, thank you all again for the donations this season. I’m humbled. You all make this job so much more fun than it already is, so thank you!

Also, follow me on Instagram! Think I can get to 2k followers by the end of the season??

Check back at 8 pm est for the blog!