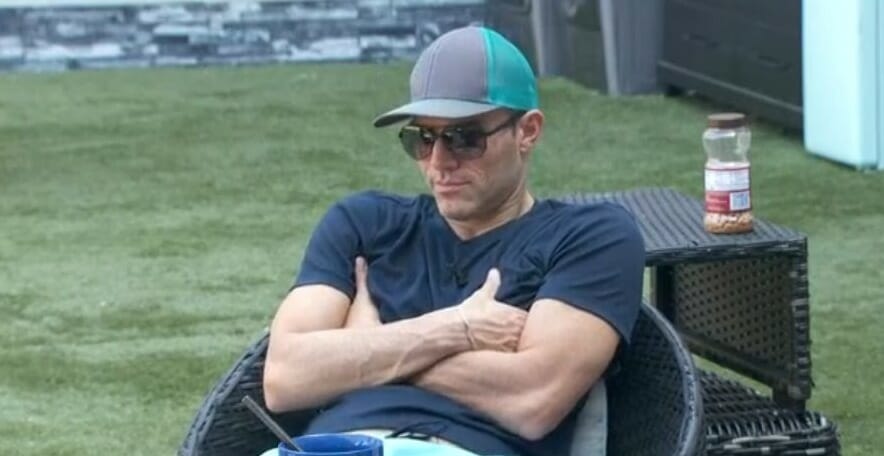 It’s Monday in the Big Brother house and it may or may not be the final veto ceremony day. Why do I say ‘may’?  That’s because I seem to remember the final week going like this:

Because it’s just the one person voting, it’s usually all done at the same time where the veto ceremony happens and then the sole voter stands up to evict the fourth-place finisher.  My memory isn’t 100% but I’m fairly sure that’s how it has worked in just about every season I’ve covered, so this one is clearly new as they’re not doing the fast forward week this week. They can still do the veto ceremony today, but considering it’s 12:40 as I write this as the ceremony almost always happens around noon, I just don’t think it’s happening until Thursday night.

It’s not like the veto ceremony was going to have much of an impact. Cody is off the block which means he can’t use it. Well, I mean he can use it in a roundabout way but they don’t make it official because it’s the same result.  If he ‘saves’ Nicole from the block, Christmas is the only one remaining and she’s automatically evicted. That means there really can’t be a meeting today because he has no choice but to use it on himself. Just a weird situation really and the way I make it sound confuses people even more. Basically, he can’t use the veto so they won’t have a meeting. If they do have a meeting it would be really strange because the two noms typically plead their case why the veto holder should use the power on them.

And yes, that’s how boring the house is. I managed to convert me saying “There won’t be a veto meeting today because Cody can’t use the veto” into 300 words.  For future seasons, production should learn that a triple eviction is good and fun but do it much earlier in the season because the house completely dies when it goes from 9 people to 6 people in one day.

Seeing as I have nothing else Big Brother related to talk about today, I want to touch on something that has captured my attention during quarantine, and that is scams.  I watch this guy on Twitch/Youtube named Kitboga who spends his days calling scammers just to waste their time. It’s his way of spreading awareness of the scams in a funny way while tying them up to prevent them from actually scamming people. Click on the link to watch some of his videos, many are funny, but quite a few are scary just how good some of the scammers are.

Here is how they work and why they’re dangerous:

There are more scams, but those are the most popular. There are also things like Craigslist scams where people rent out fake apartments and demand an upfront security deposit. Never pay anyone for an apartment until you can physically see the place for yourself, you’re given a tour, etc (or you directly call an apartment complex but even they will likely set you up for a tour and have you come down to sign papers before accepting payment).

Why am I posting this? Because Big Brother is slow right now yet I still have visitors so I want to spread awareness. It’s truly painful hearing stories of people being scammed so if I can stop just one person from being scammed, I’ve done my duty as someone with a reach of viewers. You can tell these scammers you will starve or go without medication if you pay them, and they won’t care.  They will happily let you starve or go without meds and drain your bank account.  So, just be aware and tell anyone you know who may not be tech-savvy who could fall for this.

Alright, it’s now 1:15 in the house and still no meeting, so I am going to end this here. Like yesterday, I’ll update this thread if anything interesting happens but don’t get your hopes up lol.