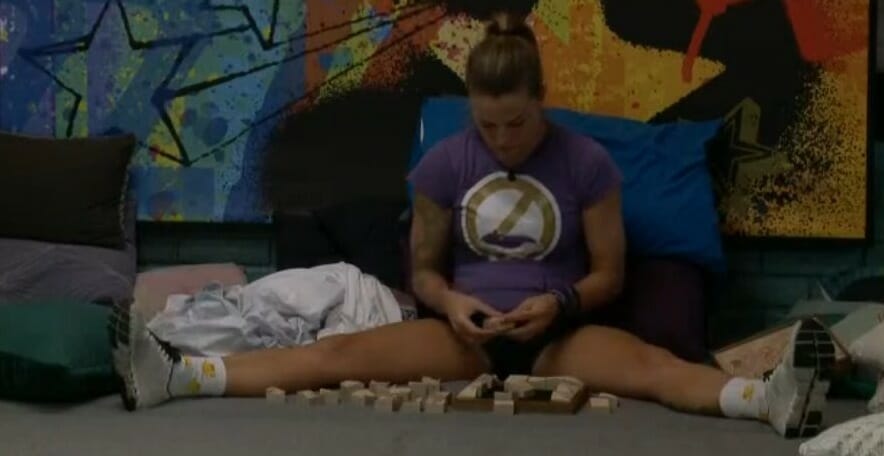 ‘Twas the night before the finale and all through the house,
Not a houseguest was stirring, not even a mouse;
The photos were removed from the memory wall,
No arguments to remember, not even a brawl;
Enzo will finish in third place again,
Disappointment will be had by our queen Julie Chen;
All-Stars part 2 was certainly slow,
But the virus almost made this season a no-go;
That makes me happy at the CBS leaders,
Because I got to hang with my BBJ readers;
You make me look forward to summer every year,
And for that, you should all treat yourselves to a beer!

Alright, that was my poem I just whipped up for you guys.  Seriously, I cannot thank you guys enough for this season. 2020 has been a miserable year for so many people. Summer was ruined. Weddings postponed. Birthdays performed by drive-thru. And the worst, more than 200k families will have lost loved ones. I am not a good enough writer to properly put into words about my feelings toward the virus, so I will just say that I completely understand any and all frustrations people are going through. From the restrictions to the masks to the lost jobs and more.  It’s been a terrible year but I am happy that CBS was able to pull together a season and pull it off without a hitch to at least give us a break from the world around us.

On top of that, the year started off with me literally losing the domain name bigbrotherjunkies.com. I thought it was set to auto-renew, but it wasn’t and it expired around January. Someone immediately bought it and held it for ransom from me.  They wanted me to pay over $10k for the domain back and it was at that point I registered a few other domains and accepted that I had to start over.  I simply couldn’t pay that amount and I think they realized the domain was essentially useless to anyone but me and a few other Big Brother bloggers so they dropped the demand to a bit under half that. I decided I had no choice so I threw it on a credit card and bought it back.

My original plan was to spend the season begging for donations and such to hopefully recoup those losses, but I decided against that. It was my 100% my fault and in no way did I want to pass on the responsibly to the readers. I actually took the opposite approach as I normally did and hardly asked for any donations. I think I only posted the link once or twice and that’s because nearly losing the domain made me realize what I nearly lost overall and it was almost priceless to me. Watching people come to the place I created on a daily basis and enjoy not only my ramblings, but the recaps by Mel, Mike’s contributions, and the wonderful comment recaps from Nickie made it worth it. And despite my not mentioning donations other than to thank people, you all have still come through so generously and during such a terrible year I am just truly humbled.  So thank you to all the readers and a big thank you once again to these names:

If I missed anyone or misspelled any names, I’m very sorry and it wasn’t intentional!

One thing I thought of last night was how the season impacted players for good and bad.  Seeing as every player in the house had a reputation before the show, they all either gained, lost, or remained roughly neutral.  So I thought I’d go through that list:

Before people are like “omg, where is Janelle? Where is Kaysar??” let me explain. Janelle and Kaysar had a solid reputation before the show and they did nothing to hurt it. They left with a solid reputation so it’s all good with them.  The same for people like Danielle who had a reputation of a pretty blunt person and that remained true through the season. Did she come out looking great? No. But we didn’t expect her to. Let me explain the list and you’ll understand better.

Alright, that’s enough rambling for me today! I likely won’t post anything until the live finale thread tomorrow so have a great and wonderful day and remember that you all are special and important people. Don’t let anyone tell you otherwise. And remember during this very heated political time that we’re all in this together. There are no blue states. There are no red states.  We’re the United States.