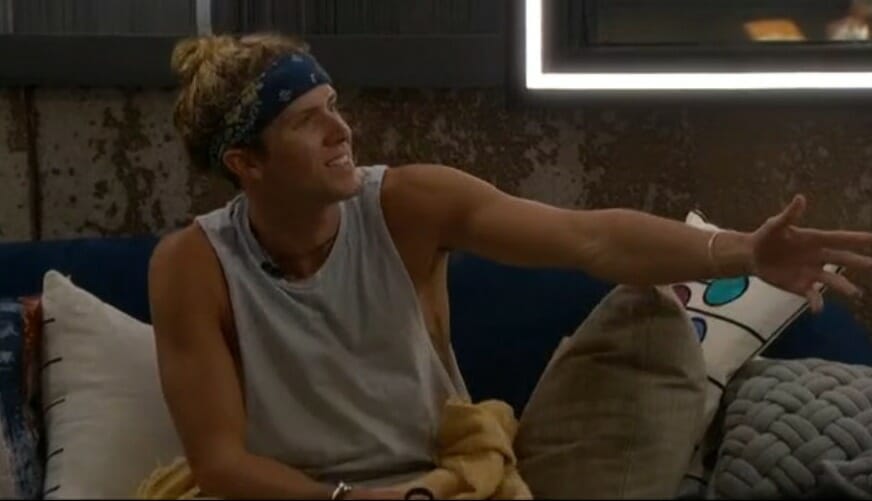 Can you believe we’re almost 1/3rd through the season already?  If what Ian said is right, the season should only be about 78 days which would make Monday the official mark of a third of the way through. Yikes. It felt like March lasted about 4 years yet July and August about a combined 4 minutes.

Today is veto competition day and it’s pretty much only big for Kaysar. Well, it’s actually huge if Kaysar wins but irrelevant if anyone else wins. I have a feeling the entire season is going to be like that when you look at this brilliant alliance chart that was posted to the Big Brother Facebook group I’m in (shoutout to Derek!)

People make all these crazy alliance charts with circles and lines everywhere, but this is exactly the type of alliance chart for my brain. Those other charts fail to reflect just how many cookie jars that Cody has his hands in right now. He is literally in every single alliance that he is allowed to be in by name (He neither won the game nor is he a black girl). Enzo is surprisingly in second place with 5 alliances and Dani/Nicole each with four.  I think Tyler actually has a few more unnamed final two deals going on but this chart seems to only feature the official named alliances.

Back to the veto comp – This one should be simple. If Kaysar loses – and he has a very high probability to do so – he’s going home barring some 48-hour flip between now and Monday afternoon.  However, should Kaysar actually win, it’s really hard to say what will happen. Enzo wants to put Ian on the block but he is currently protected by Nicole. The only other eligible people Enzo isn’t currently in an “official” alliance with is Christmas, Memphis, and David. Based on the alliance chart, David would the obvious choice for replacement, so that will likely be the case. Cody has too much influence and he’s in two alliances with Memphis and one with Xmas.

Updates will not happen until after the veto competition today. As of 2:30 pm, names have been drawn (Enzo, Kevin, Kaysar, Tyler, Bay, David) but everyone is mostly just sitting around as they do every Saturday afternoon just waiting for the comp to start. So, I’ll update this when the comp is complete with the winner and have the live updates below!

I lied. There is more chatter than normal on a Saturday afternoon, so I’m going to do some updates: