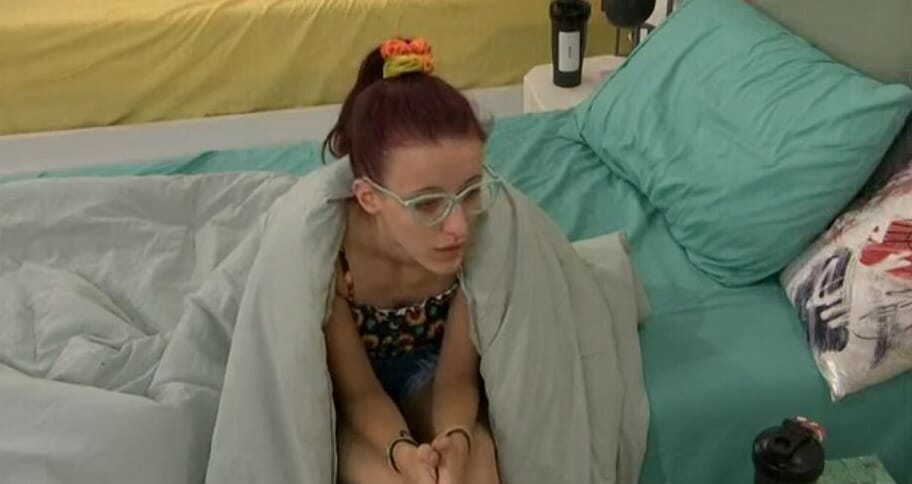 Well, that was a late one last night. I tried to stay awake but made it until about 5 am before I crashed. Which is good because I don’t think the comp ended until 6:30 or so. Yikes.

Now, about that comp, it was very crucial for Nicole or David to win that comp, and they did…..  not win.

Memphis won the veto which means he’ll likely keep the noms the same and NicoleA will likely be the second person evicted. While it’ll be sad to see her go, it’ll be nice to just write Nicole again without adding the last name.

The big story of the week will be when Janelle and Kaysar realize that Memphis really wants nothing to do with an alliance with them. The two were talking last night and said something like ‘ugh, we’ll look so stupid having people in our alliance get out other alliance members in back to back weeks’. No, Janelle. You’re going to look dumb because you haven’t figured out that they’re not in your alliance.

The backyard is open already so hopefully we’ll see less crying from the houseguests this week (probably not).  That is the biggest issue with returning players is how entitled many act compared to newbies who appreciate just being on (but that’s a side opinion).