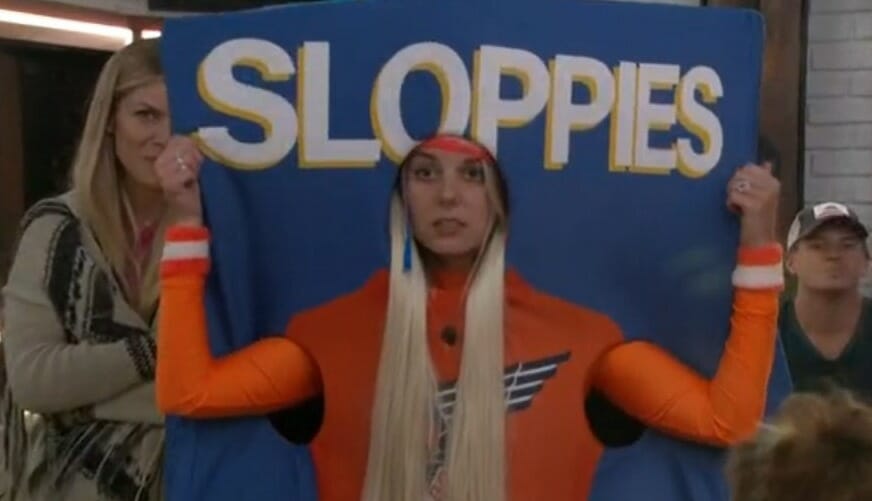 I hope you’re having a good afternoon and a wonderful Labor Day weekend! The unofficial last weekend of summer. It’s weird knowing that it is a few days into September yet we’re still near 2 months away from the season finale (Which I believe is on the 28th of October). That’s only about 4-5 weeks after the typical season finale and we started maybe 6 weeks after normal, so it worked out in the end. Plus, with the way the house is treating these people, two fewer weeks is probably best.

There was even a story that popped up on my tablet today which said Ian tried to self evict after Bayleigh chatted with him, but that is mostly clickbait which is why I never really talked about it (side note – It’s sad when I see crap like that on my Google News yet this site gets rejected. Although, they probably have a more professional style without side note ramblings every other sentence). Back to the point, Ian, Enzo, Tyler, and a few others have talked about self evicting but I never took it seriously when I heard it because I hear it every year. At this point in the show, people use that term as often as people say ‘kill me’. I mean Dani calls Cody trash all the time, but is he a pile of trash? Wait, don’t answer that (I kid, I kid).

I expect a fairly slow day and possibly a slow weekend. The veto meeting still should happen tomorrow despite the holiday, but they’re also having a cookout (I believe) so the feeds may have some extended downtime. Hopefully they toss them a few drinks so we can see fireworks because this season has been a snoozer.

To recap yesterday, Nicole got a punishment where she has to wear a cereal box all week and less than 24h later she’s already out of it just like Janelle with her weak ‘punishment’ 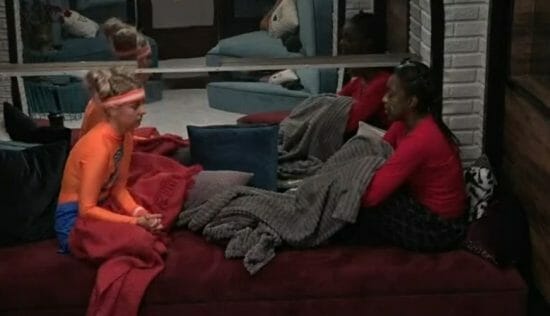 Bayleigh went out and did 500 laps with a broken ass bike yet Nicole is already skirting the rules of her punishment less than a day after it was given. Unreal. If she continues this, they should take away her ability to play in the veto next week because I’m tired of these punishments getting ignored.

Before I begin today, a huge thank you to Bonnie and Andrew for your generous donations! Every little bit helps and I appreciate it tremendously! Plus you guys are keeping me well caffeinated this summer! 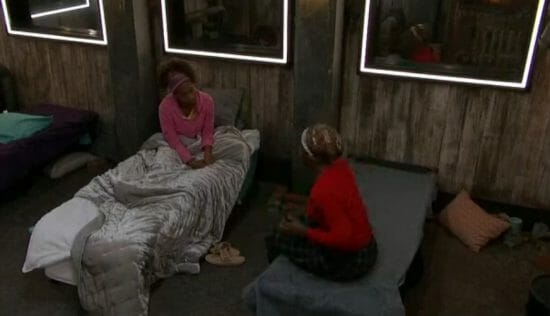 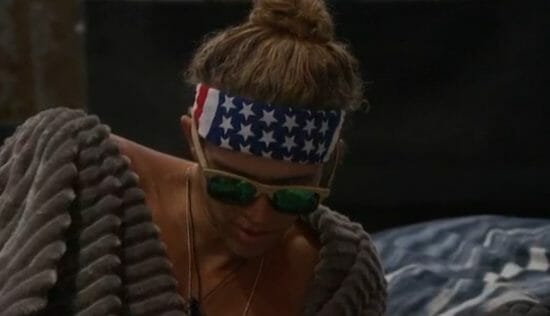 Honestly, I’m frustrated, but it is what it is. I don’t want anyone to waste money on the feeds moving forward, so I’m going to try to work a bit harder on keeping you all updated on what’s happening in the house as best I can without production interference. It’s clear they are approaching racial issues very gingerly, and with the current climate, I can understand it. Between the virus and protests during an election year, the tension in this country is so thick you can cut it with a knife.  I know the last thing they want is another repeat of BB15 because that would likely be a nail in the coffin for this show which is bad for everyone. I see many of those cast members tweeting regularly and forgot some of the things they have said so I do some quick google searches and am reminded how awful they were. If that season happened in 2020, I couldn’t imagine there being a Big Brother 23.

We’ve seen the writing on the wall toward a more censored feed ever since they basically removed every single bit of entertainment during Celebrity Big Brother 2. I had hoped that was just a fluke because of the celebrity aspect, but it seems to be staying in that direction.

As far as this certain event unfolding, I honestly don’t know where it stands right now. Christmas and Tyler have been mostly silent since the meeting although Da’Vonne and Christmas have talked and some hints dropped that this may actually happen tomorrow. Dani is a pure panic because she thinks Tyler is up in the room completely throwing her under the bus and trying to get her evicted. That’s obviously not the case but it’s fun to watch her sweat a bit and it may cause a little bit of drama down the stretch.

I’m heading to bed now. If it goes as normal, the veto meeting should be around 12 pm tomorrow (3 pm est) but I have a feeling I’ll have a thread going before that point. As I write this, they finally switch back to the HoH room with Tyler and Christmas so we can watch them playing backgammon. Incredibly riveting content. Tyler needs some double twos really bad right now but Christmas doesn’t think it’ll happen.  Tyler rolls something and says it’s huge but doesn’t reveal what he rolled. The big mystery. Christmas just took something on the board so that sounded exciting and I believe she rolled a 16. Big time stuff going on. I feel people are at the edges of their seats while reading this. Tyler needed a 5 and a 2 but he didn’t get it. He rolled something and lost. Christmas won in an amazingly tense match.

On a non-sarcastic note, Tyler does leave and she tells him to sleep on it. Maybe I’ll stay awake a little longer to see if Dani grills Tyler but I’m not sure they’d show it if she did.