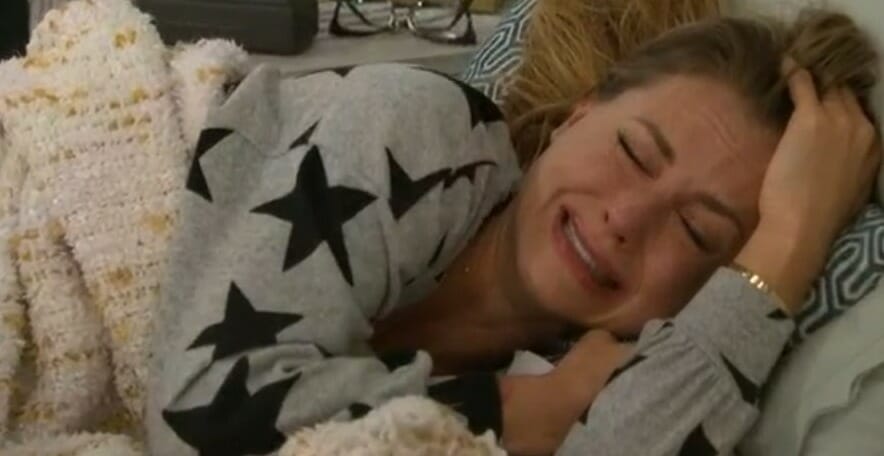 We’ve officially hit the point where I can say it’s the last ‘x’ of the season. Tonight is the last Thursday show of the season as well as the last veto ceremony.  There is pretty much only one person in the world who thinks Christmas has a shot at remaining in the house beyond tonight, and that is Christmas herself. Even then, she likely knows she’s going home but is trying to prepare for her next journey in life – which is The Challenge on MTV.  She is going to try to get on that show because she’s such a competition beast where she’ll simply cruise to victory (sarcasm). I don’t want to crap on her parade, but the ‘competition beast’ with a healthy foot only won 3 real competitions this season, and 2 were essentially handed to her.  She bombed pretty hard when her Big Brother life was on the line and wasn’t even close to winning the last few comps.

Christmas proves that pure physical strength isn’t the be-all-end-all in these Big Brother competitions. If it were, guys like Devin would have tore through their seasons. I don’t know how the comps are on The Challenge, but the comps here typically require almost as much dexterity, intelligence, and luck as they do strength (depending on the comp). Look at the veto competition we watched last night for an example of that. Not only did you have to remember the days, but you had to have enough strength and stamina to spin the wheel, but enough dexterity and agility to stop the wheel and spin it the other way so you don’t overshoot it.  Nicole and Cody were brilliant with that while Christmas and Enzo were flat out awful.

That is the same reason why there is like a 95% chance either Cody or Nicole win tonight’s potential endurance competition and the other will win round 2. While Nicole appears weak and bad at comps, she’s not. I wouldn’t call her a ‘comp beast’, but she’s certainly better than someone like Christmas when she is actually trying and that is why Ms Claus will be heading to jury tonight and the former winner will once again reach finale night.

Speaking of the show, how stupid was that luxury competition?  I am in awe of how bad that was and I’ve seen a lot of ridiculous shit this season. It wasn’t a ‘competition’, it was a luck-based lottery type of game that did nothing but make fans think the show is rigged for Nicole.  I mean the concept was really cool with drafting a team and having them battle, but they could have thrown in little ‘strengths’ and ‘weaknesses’ to each card which would have given some an advantage over others. For example, Memphis would be strong against melee opponents but would probably get his ass kicked by people shooting lightning. They could have still had randomness to it, but they should have at least let the players choose.

This is what I would have done, had a rock-paper-scissors type of system. Gave each player a strength and weakness.  Each fight begins at 50/50 but each advantage raises that or decreases it 5%.  So like Memphis would be +5% melee strength but if he went up against Cody who also had it, they’d probably just have a 50% chance to win. Meanwhile, Memphis versus Tyler would be around 40%.   The players can then choose who they want to face off against each other and hope for the best. This way it’s still luck, but the players have some sort of control over their fate and especially don’t have situations where their own team fought each other.

I’m getting too into. I play too many video games.

Anyway, enough rambling. Let’s get to the updates…

Before I begin, another huge thank you, and this time to Nancy for her generous donation! I am really not worthy right now and don’t really feel worthy all season. You guys are absolutely incredible and have covered the expenses of the site for the year. Thank you!

And that’s it. Part one of the HOH will likely be later.  Very dull episode but not much to work with