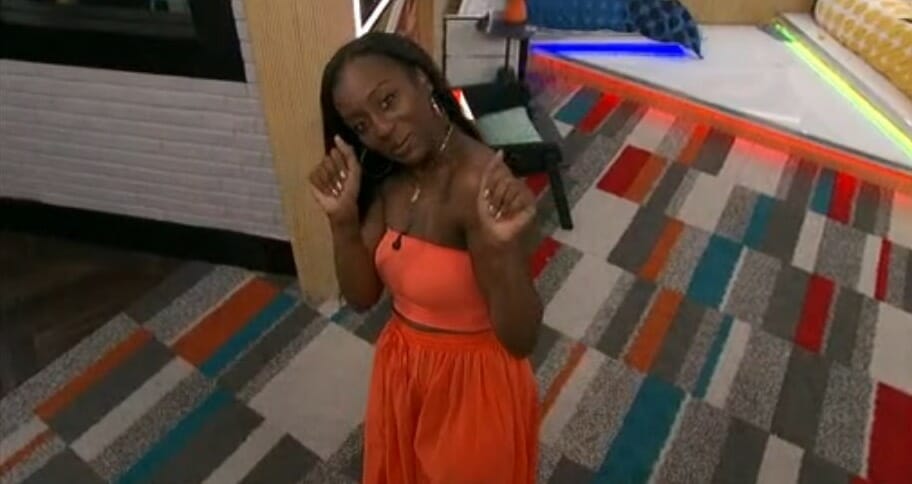 Well, that was a weird night. Not the results, but me messing up and not realizing that the show was at 8pm instead of 9pm. I heard a prerecording being mentioned on Twitter but I thought they were mistaken for the feeds going down earlier in the day. I’m also not sure if the remaining episodes will be live or not because Julie didn’t say “next week on a live eviction” as she usually does. She made a point to just say eviction.

The fact that Julie showed Keesha the goodbye messages also basically rules out the chance for a double eviction although that’s not a guarantee. I mean they can very easily show the messages that don’t reveal any spoilers but I think it’s just the general principle that DR sessions are meant to be private. They don’t want to give any impression that what they say in the DR could come back to haunt them at some point.

I also didn’t think there would be a battle back for the covid reason and the timing. As it stands right now, without a battle back, things line up pretty well for one standard double eviction and the standard two evictions in the final week.

Before I begin, I want to give a huge thank you to Jonathan for the generous donation! I really appreciate it!