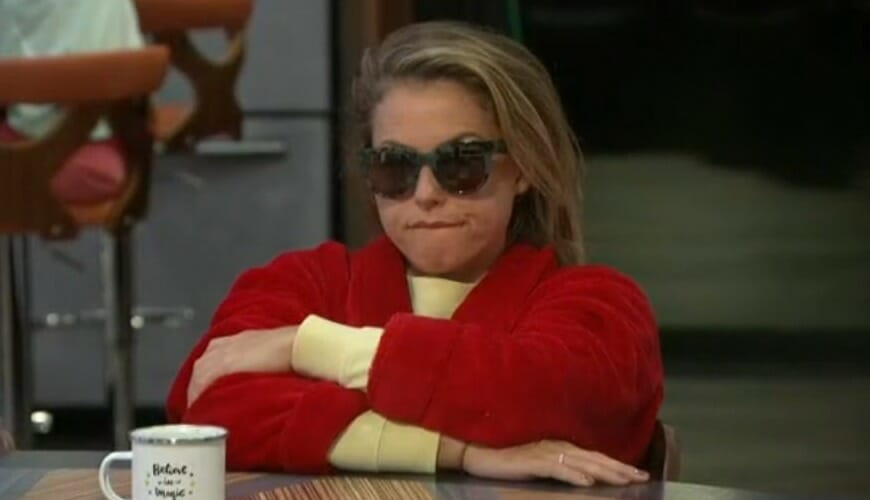 Happy post first fight of the season day! That’s right, it only took about a month, but these players finally let loose last night and it was very fun to watch.  If you missed it and want a recap of the fight itself, I wrote it up last night. While I’ve been complaining about the feeds and telling people not to join, I will say that we got our money’s worth from last night alone. I’m not about to start promoting them again quite yet – at least until they stop cutting the feeds as much, but at least we finally got some entertainment!

The surprising part is that they didn’t immediately talk and become best friends again like what seems to happen in this house. Maybe that’s a bit of an exaggeration, but it does seem when people do pop off, they apologize when cooled down and try to pretend it never happened. While that still may happen today, there may be a chance for a bit more yelling before that happens (let’s cross our fingers). 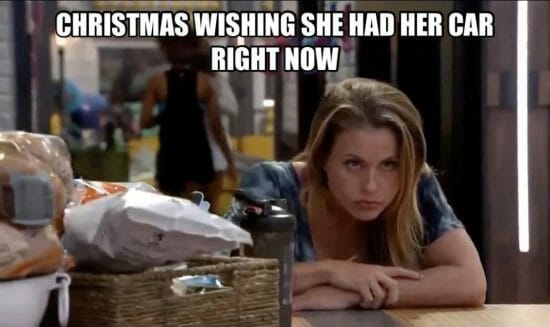 For those confused, this is in reference to her incident back in 2019 when she repeatedly slammed her car against another car after losing her shit.  It’s pretty funny how that story basically sums up the Christmas from last night. She went to confront someone, flew off the handle, smashed her car into the woman’s car, then cried victim when the cops showed up. And for full transparency, she did find out her bf was smashing some girl while she was pregnant, but it’s weird she didn’t hit his car.

Before I begin today, be sure to follow me on Instagram! I’m so close to 1k that I can smell it! And it smells gooood.  Also, drop a follow on Facebook as well because why not?