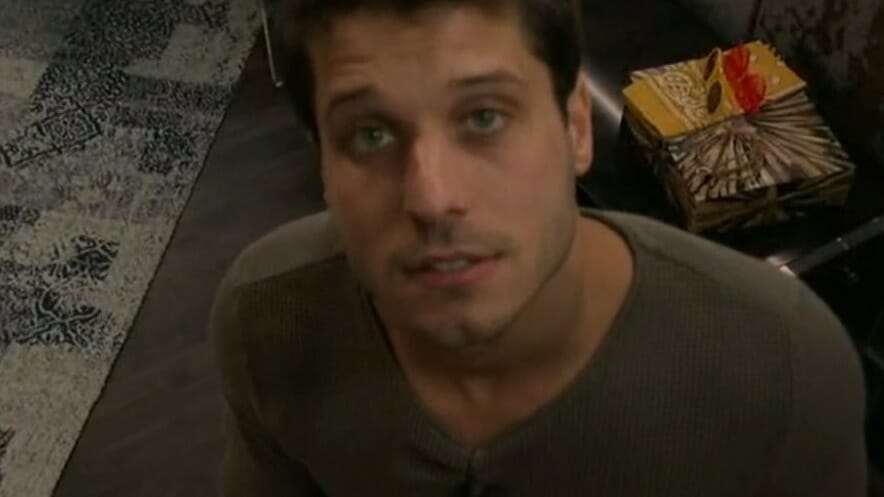 It’s Tuesday in the Big Brother house and not a ton going on to even recap about at the beginning of the post. Right now it appears as Da’Vonne will be the next member to the jury and the big question is whether or not Nicole will tell her about the vote before she goes or not.

The big thing of the day is that as of around noon, the feeds went down to pet cams. That is supposed to mean they’re filming something for the show and considering it is happening now rather than at like midnight, I think it’s possible. It is probably the neighbor segment that Julie said would air on Thursday and if that is the case, I expect a lot of downtime today.  I’m going to guess that it is likely the granny dude who harassed Brett. He’ll probably make an appearance on some ledge and yell stuff to the houseguests. They’ll have to remember it because it’ll probably be part of the HoH competition on Thursday night.

While it is possible that it’s a former houseguest, I just don’t see them doing that in an All-Star season. Think about it, how many people would be considered ‘legends’? Dan? He’s currently streaming on Twitch. Will? I doubt it. Derrick?  There is no chance after the rumors of pre-season gaming.  Rachel is unlikely considering she tweeted about it and the person would likely keep it a secret. Jeff is a maybe. Obviously not Janelle. Jordan doesn’t have the personality for that type of thing.  So yea,  I’m sticking with the granny dude and I’d put money on it being part of the HoH competition.

Plus, let’s be real. That is a complete Big Brother move. Hype something up and then deliver that guy rather than an actual legend. 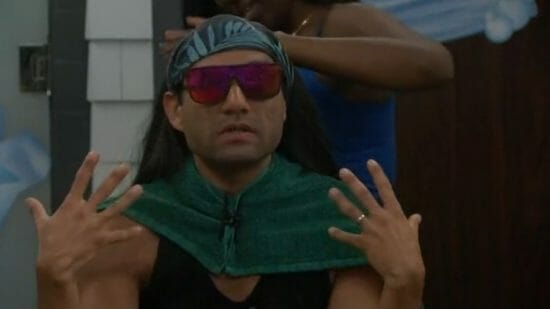 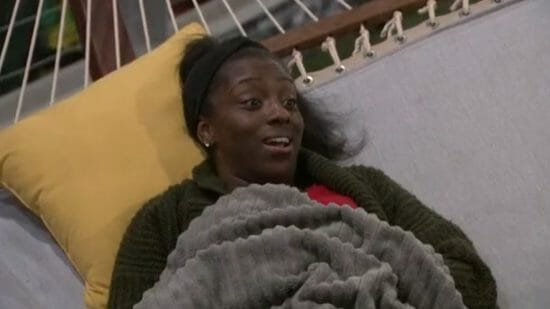 I’m going to assume the feeds will be down for hours now so I’m off to bed.