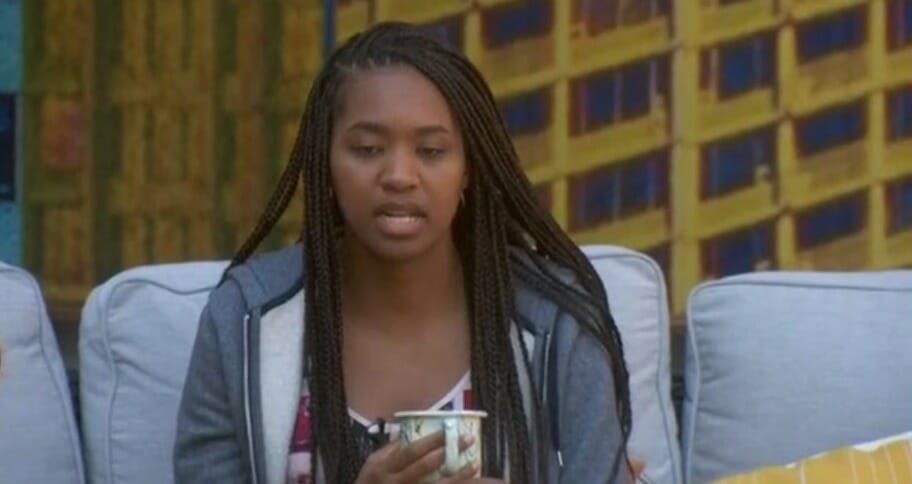 It’s Tu-Tu-Tuuuuesday in the Big Brother house and the normalcy continues to set in so my mood is much better today than Sunday night when I was playing virtual doctor to anyone with a cough.

Alliances in the house are still all over the place. One thing that is becoming more and more clear, however, is the four person alliance of Cody, NicoleF, Dani, and Enzo.  There are a few on the outside nearly in like Bayleigh and Da’Vonne as a duo with Tyler and Christmas as names floating around, but the four-person one is pretty set right now.

On the other side of the house, it’s very slow movement on any official alliances. Kaysar and Janelle are a duo but they’re struggling to actually get people together. There is a little traction with players like NicoleA, but they all have to jump on the train quickly because that four (mentioned above) is extremely strong.  Here is what we’re looking at:

Even if you argue that Paul should have won (and I agree), Nicole is still a major force and knows what she is doing. This is a group of people who know how to get to the finish line. The house needs to recognize that asap otherwise I can easily see that as our final four.

Before I do live, Dani and Cody had a conversation earlier today, here are some highlights:

Now, let’s get to the feeds. Before I do, I want to really thank everyone for their generosity this season. It has really helped recoup some losses of my domain name mistake during the off-season (I nearly lost the name bigbrotherjunkies.com). I understand there is a global pandemic and a huge financial struggle, so by no means do I expect anyone to donate. I really enjoy writing down my opinions and will do it as long as I can!  But a huge thank you to Daina for her incredible donation. She is a special person who has supported this site from the beginning and has grown to be a wonderful friend.  If I didn’t thank you yet, don’t worry, I will. But I just wanted to give Daina a special shoutout for being such a wonderful human.

Stepping away for a bit. Will create a new post for the night stuff soon