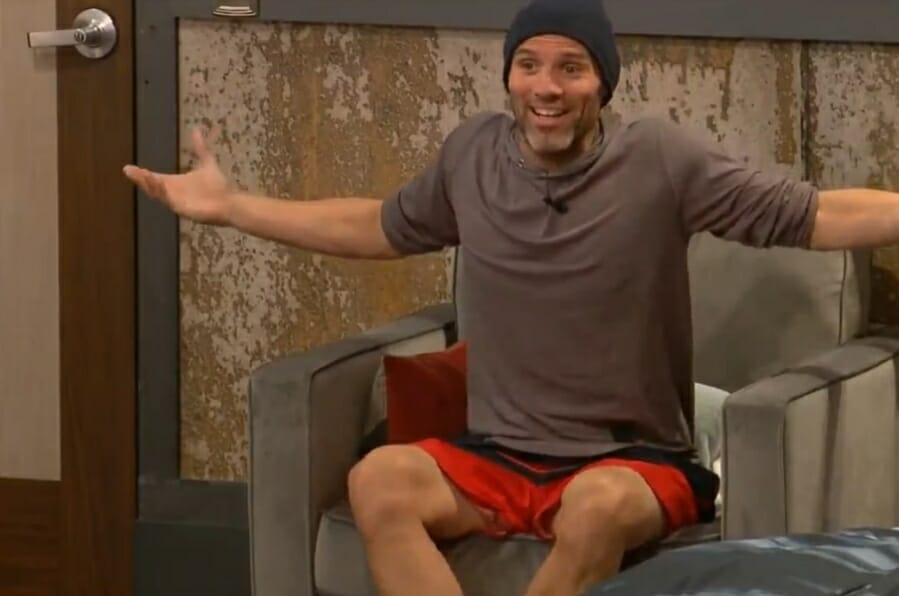 Good morning everyone!  The first week of BB, sometimes we don’t care who goes home, other than the unfairness of night 1 evictions. In a returning player season, it can be a little different. (Some people still don’t care and that’s fine too) Since the veto ceremony is over, (on the feeds at least) I wanted to mention a couple of things about Kevin and Keesha since one of them will be leaving this week. If their stay is only a week, I don’t want them going without at least talking about who they were as players on their original seasons and what got them invited to play again. (Other than some people who were chosen first but said no thanks)

He played on BB11 and made it to the final 3. He was the first houseguest to be evicted on a finale night show and not go to the jury house because the format changed after BB10. He was emotional, sweet but conniving, loyal to his real allies and had some memorable fights with people over discrimination. Jeff walked away with AFP that year and his girlfriend (now his wife) Jordan, won the 500k but many people think if the show had aired a more accurate depiction of Jeff, he’d never have been AFP. Fans remember Jeff and Jordan as the main takaway from BB11. (That’s fine too. If I’d only watched the show, so would I) I’ll always remember Kevins first game as not being afraid to stand up to people, stand up for himself and others and call people out on their bullshit. He was also only 1 comp away from the F2.

Keesha played a great game in BB10. She was backstabbed by Memphis at the F4 but didn’t go down without a fight. She wasn’t afraid to call out Dan, but mostly Memphis at the time and make them both squirm. She went off on the feeds and wouldn’t let them get away without facing her and explaining their reasons. She played loyal to her allies and was a tough competitor. Her friendship was Remy was beautiful and hilarious to watch and her birthday celebration (when the house blew up into a fight) is legendary. She also played a large part in flipping the first vote to evict Brian (Who? Exactly) the first week. He was Dans first alliance partner and could’ve been the Memphis half of the Renegades if that hadn’t happened but we’ll never know. She was also Americas Favorite Player. It may not show this week but Keesha was a firecracker and this week won’t change how I’ll remember her first season.

Now, enough with the nostalgia, let’s get to yesterdays recap:

After the first week of play, Bayleigh, Dani and Tyler stand out to me as doing a fantastic job so far. They’re in most of the game talk and people seem to want to work with them. I’d put DaVonne, Christmas and maybe Enzo just below them. Cody isn’t as big of a target as he should be either as an outgoing HOH. (It’s not all my faves but I’ll lie to myself, not on the recap)

So much of how these alliances shake loose could depend on this next hoh. There are quite a few groups that are trying to branch out in 2 or more directions. I think who holds the power next week is going to be very important. (I don’t mean for the hgs, although it is for them too. I mean for which people group together for our viewing pleasure) If Kayar or Janelle don’t win, they’re probably targets. If they do, a few people may stop focusing on how intimidating they are and start remembering how loyal history shows they are and team up with them. I get it, you don’t want to go to the end with them but why wouldn’t you want to work with them for now? It’s also good to have people stay who are a bigger target than yourself.