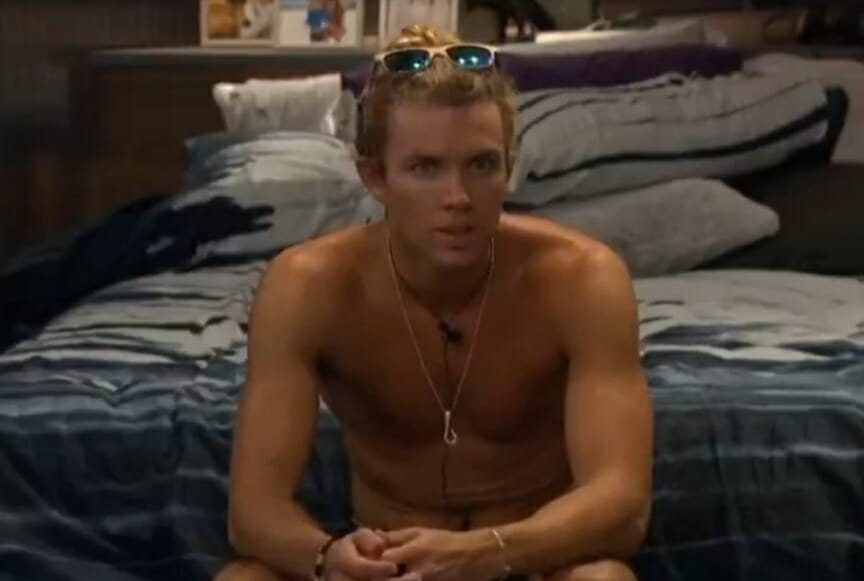 It’s veto day inside the Big Brother house, and Da’Vonne has a potentially game-changing decision ahead of her. She is holding the veto which gave her the ability to save Kevin and have the first time we’ve had completely different noms in a long time. I actually don’t remember a time when both original noms were saved in the same week, but I’m sure it happened in recent seasons with all those twists thrown in.

The obvious move is for her to save Kevin and just take a chance with that, but the longer I thought about my suggestion, the more I liked it. I think she should have pulled some crazy Dan-style move and actually saved Tyler this week which would have sacrificed her semi-ally in favor of remaining in the house possibly until the alliances start in-fighting. Seeing as she decided to play weak and drop early from the wall, my idea would have fit better with that as she continues her fake morph into full floater mode. A Victoria. And we all know Derrick loved having a Victoria hanging around so she could have been Cody’s floater.

Well, the meeting came and went and….

Da’Vonne indeed used the power, but she saved Kevin. Ian was the replacement nom

There is almost no doubt that Ian will be leaving the house on Thursday as I just can’t see the house turning on Tyler, but stranger things have happened. They may want to take the shot while they have the opportunity, but they also have to be aware that Ian is more of a strong late-game player so now may be the best time to cut him.

What do I think of this overall move?  Meh. That’s what I think. Just ‘meh’. I don’t think Da’Vonne did herself any favors by forcing Dani’s hand but she definitely now at least has someone in the house she can trust. Unfortunately, it means the strategy of playing weak is no longer valid because Kevin will likely just be back on the block next week. By keeping him, Da’Vonne now has to fight for him which is something she sounded like she didn’t want to do.

This does, however, make Thursday night’s HoH competition a pretty important one because Da’Vonne or Kevin winning could weaken the other side of the house even more. To the point where infighting may just crumble whatever weird mashups of alliances they have going on.

Anyway, I’ll be home tomorrow and resume live updating. I’ll also update the header to reflect Ian being the nominee.  What do you think of Da’vonnes move?