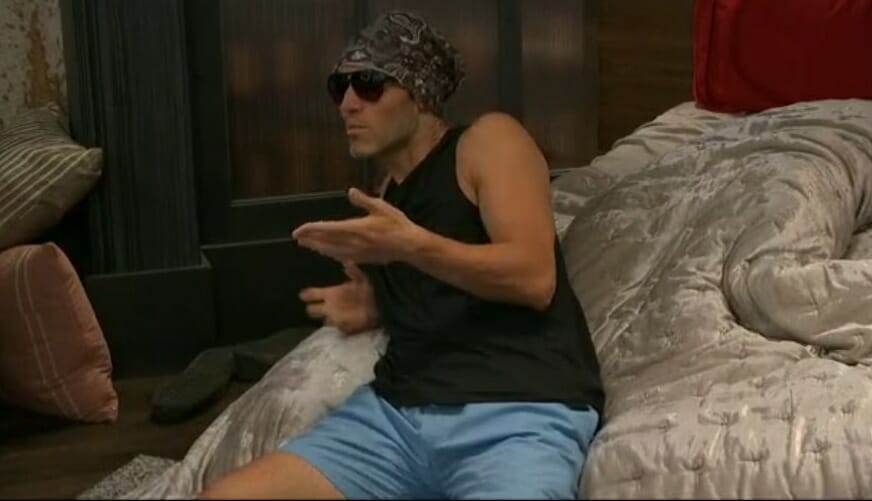 This week had so much potential. It really did. You have Enzo as the HoH claiming he wants to make a big move. Someone yelling over the wall that Cody and Nicole are working together. Dani getting exposed by telling too many people too many things. Cody letting Enzo know that he had an alliance without him. Yet what’s going to happen is Enzo is going to likely nominate Christmas as the replacement nom because she volunteered to go up as a pawn to get Kaysar out.  Yes, Kaysar. The guy who is completely alone in this game.

I know you’re reading that and noticed that I casually slipped in the Cody/Enzo thing, but yes that happened.  See, over the last 24h or so, Tyler has been acting a bit weird and it has been concerning Cody and Enzo. They got together and Cody suggested to Enzo that he tell Enzo about The Committee to see if that makes Tyler feel better. Yes, you read that right. I think. Cody, concerned about Tyler’s loyalty, took it upon himself to tell Enzo about the alliance that he has with Tyler and asked Enzo if he thinks staging a confession with the three of them is a good idea.

To re-word it in human terms, Cody confessed about The Committee to Enzo and wants to tell Tyler he did so the three of them can form a tight three alliance.

In related news, Enzo and Cody feel a bit done with Da’Vonne, especially considering she has a ‘treaty’ (Enzo’s appropriate term) with Nicole not to nominate each other. This is true. Nicole has this with Da’Vonne. Tyler has it with Bayleigh. They’re all apparently so scarred from what happened on their seasons that they’re scared to make big moves against each other. It’s ridiculous and Enzo is a bit sick of it all. He wants Da’Vonne out because he also wants Nicole out and knows Bayleigh may be the person to knock out Nicole. But, Bay wouldn’t do it if Day is still in the house. Re-reading all this has ME confused and I’m the one listening to the feeds all day.

Long story short, the house is really close to exploding and had the potential to do it today but Enzo didn’t want it happening on his watch so he’s going to play it safe and just stay with the path to get Kaysar out.

That’s it for me. Recap in the AM!