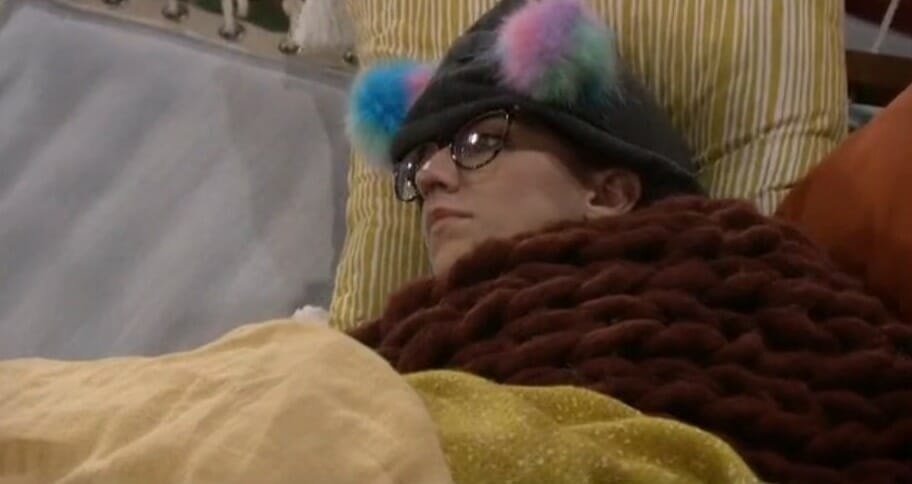 It’s Wednesday in the Big Brother house and everyone is wondering – when will Keesha actually begin campaigning. Does she feel safe?  Has she not read the room at all? Kevin has been running around buddying up with the entire house all week while Keesha has been treating this as a summer vacation. Has she just mentally checked out and wants to go home?

If that is the case, that is fine with me. I’d much rather someone who wants to be in the house stick around because I know they’ll actually play. And play is what Kevin is doing as he’s one of the few people from the ‘other side’ of the house who are slowly bumping into each other as they all blindly seek an alliance.

You have Ian, NicoleA, Kevin, Keesha, and David all just kind of lost. Kaysar and Janelle have grouped up but they’re struggling to align with anyone else so they’re basically just floating as a pair. Memphis is trying to get something going, but it’s with the wrong side of the house. Dani and Enzo are the only ‘old school’ players who have successfully merged into the ‘new school’ side and should at the very least be the last old school players standing because of it.  It’s like Dani and Enzo traded spots with Nicole and David from the new school group.

Cody, Enzo, Dani, NicoleF, Christmas, Da’Vonne, Tyler, and Bayleigh have emerged as an unofficial 8 person alliance. Da’Vonne and Bay have taken more of the Kaysar and Janelle approach of pairing together, but they’re not isolating themselves as the pair like the others. Those two have small alliances going like a 3 person with David, and a 4 person with Cody and Enzo (called ‘Connect 4’).

I do expect alliances to take better shape starting tomorrow. It usually takes an eviction or two for people to remember they can actually go home and really need to solidify their numbers.

Before I begin, a huge thank you to the extremely generous donations from Krista, Knikky, Debby, Amy, Jennifer, LaDonna, Michael, Leslye, Janet, and Tony! And thank you to everyone who comes back daily to read and respond to these posts! The community here is what makes this site so special and I feel like I’m merely guiding a ship with a lot of wonderful people.