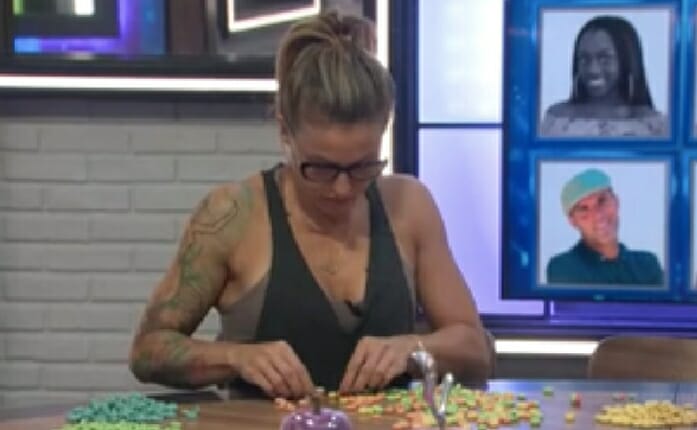 Good morning, well not morning since I’m running so late.  I’d mentioned yesterday that I may go over my thoughts on the remaining players games if there wasn’t much to recap. There isn’t much to recap and hopefully tomorrow will be different. For now, I’m only going to cover Tyler since he’ll probably be evicted tonight. My original plan was different but I accidentally hit something a few minutes ago and I deleted almost all of what I’d written this morning. (It’s gonna be one of those days) If for some reason, Tyler saves himself and Christmas goes, I won’t care too much that I didn’t get to go over her game. First, let’s recap what little there was from yesterday: 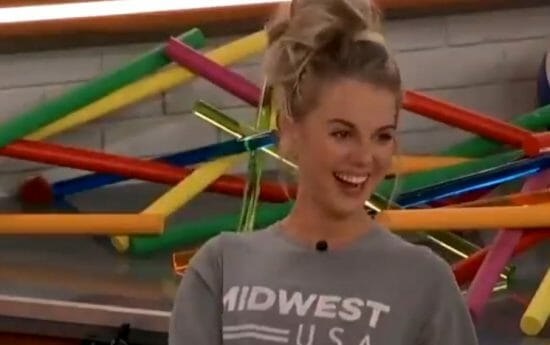 It would take something huge for Tyler to stay tonight and this is my summary of his game. He pregamed with a couple of people he thought would be there who didn’t make it.  He had to switch it up when he saw Josh and Kaycee weren’t there. Naturally, he went to Christmas, since she was a part of the plans with Josh and Kaycee. Unfortunately, they were the two out of that four who knew each other the least but it seemed to work anyway. 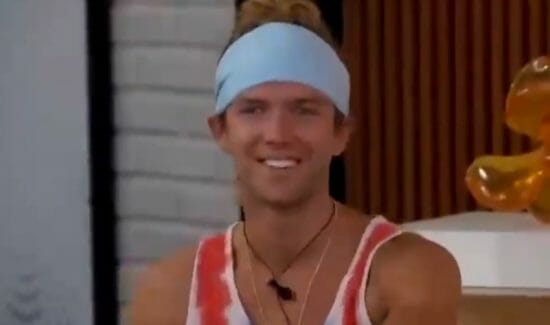 In my opinion, Tyler is a good player who made alot of mistakes this season. If I’m looking purely at the games of the F6, who messed up more than Tyler? The first week, he told Cody they should work together, secured his safety (since Cody was the hoh) and ignored him the rest of the week. He should’ve been building a relationship with Cody during that time but he was consumed with being homesick. Cody had time to build that with other people and Dani wedged her way in there. Initially, Cody wanted Dani out and didn’t trust her.

Next, Tyler got busted by Day for telling David info, which created a setback in his game.  Around this time, he reeled in Enzo and this was good work (Enzo kind of wanted to get rid of Tyler during the first couple weeks) but after, he ignored him too and this made it easier for Cody to get right back in with Enzo. He told game info to Bay and Day which got back to Dani since Day and Bay didn’t really trust him (Bay and Day are both players who can’t keep a secret so that didn’t help either) He needed Day, David, Christmas and Bay to make a run at taking control of the game from Cody. However, he really hadn’t put in the personal time to build any trust.  Next, he tried to quit the game, which caused his F2 (Christmas) not to trust that he’d stick it out. This allowed an opening for Memphis to come in and steal Christmas’ loyalty. He won an hoh, went after an alliance member and did it without having put in the time with Enzo to guarantee he had the votes. When this landed him on the block, he became frustrated and gave up in the veto comp. (They didn’t air it last night but Tyler quit when he couldn’t figure out the pics in the comp after about 10 or 15 minutes, that’s what he said anyway)

This week, he told Enzo about the Committee and told him Cody would go after Enzo….while Cody is the hoh. He did this before the veto had even been played but after he knew Enzo didn’t vote with him to take out Nicole. Christmas was the target before that happened. Sure, Memphis had a lot to do with it since Cody and Enzo didn’t want to go against him yet and Memphis was being stubborn.

Even with all this, I still think Tyler’s biggest mistake was in the Triple Eviction. Once he knew Enzo hadn’t voted with him, he had to take the shot at Cody. He’d already blown up the Committee by going after Nicole and he couldn’t go back. When he won that hoh, he should’ve put up Cody with Enzo. That was the best shot at taking Cody out because Tyler could’ve broken a tie and evicted him. (Obviously, he didn’t know it at the time but we now know, Cody wouldn’t have been there to win the hoh or the veto this week either) Tyler kept his focus on getting out Dani instead.

I was supposed to be pointing out the areas Tyler played the game well but now that I’ve written it, I’m realizing, Tyler should be the one to leave tonight, if it’s based purely on game moves. He was able to make a run at Cody briefly, when he got Enzo on board to take out Dani and he was partly successful in getting Memphis to be ok with him using the veto on David. He also won the hoh and the veto right after trying to evict  Nicole. These were all good things but other than that, Tyler’s played a pretty messy game. We know he was reluctant to return and his head didn’t seem to be in it this season. I’d like to have seen what he could’ve done if he hadn’t wasted all those weeks wanting to leave. Even with his mistakes and lethargic game play, he still got to the F6. Who know what he couldve done if he’d turned it on from the start?

Getting back to this week, Memphis isn’t the reason Tyler is going home. Every time they talk about keeping Tyler, including last night, Cody goes back to not trusting Tyler. Enzo has put some work in to keep Tyler as the target but it mostly boils down to trust. Cody doesn’t trust Memphis will keep his word either but feels Tyler is a bigger threat in comps. I thinks Tyler telling Enzo the stuff he told him this week tipped the scales against him. If not for that, I think they may have changed the plan last night.

I don’t know what Tyler’s big plan is today but I don’t see it working. The way Cody and Enzo had planned to evict Christmas was to spend the week talking Memphis into it. Those days are gone and you can’t do something gradually when you only have a few hours to do it. What they wanted to avoid was drawing a line against Memphis and changing it this late would do that.

Sorry for the lack of photos today. I simply  ran out of time.  Have a great Thursday!