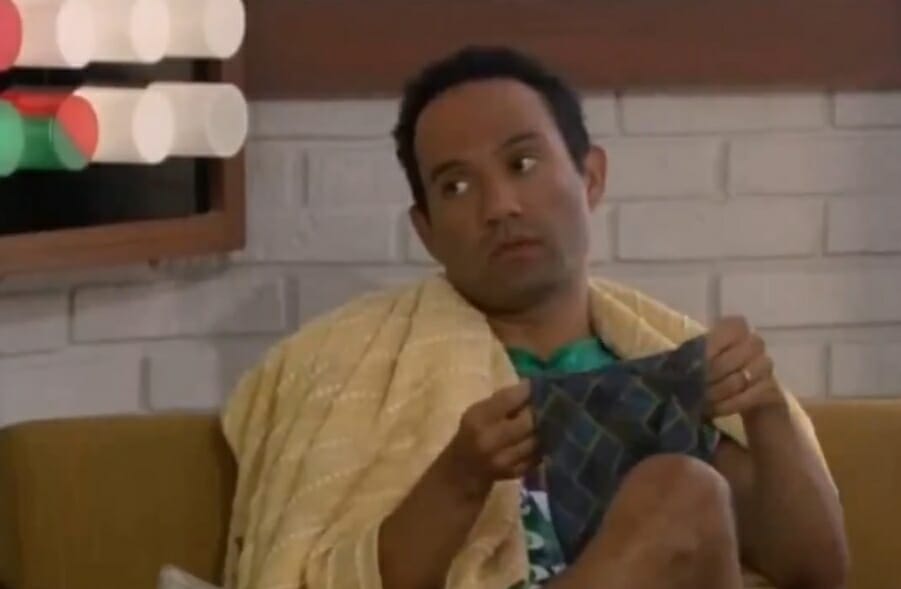 Good morning, it’s Triple Eviction Day, whatever that means.  During last nights episode wrap up, they did not announce it would be a live eviction so it’s possible, some or all of it, could be pretaped.  If that’s the plan, I wouldn’t expect any live feeds today.  We also don’t have any indication of what kind of triple will happen tonight.  We’re either going to see Kevin leave and then have 2 cycles of a double eviction or we’ll see Kevin leave, followed by an hoh who puts up 3 people and sends 2 to jury. We’ll know soon enough but either way, this will be the last day we see Kevin in the BB house.

Kevin’s funny and a really nice guy, he’s just not played a good game.  Part of that was his fault and part of it had to do with one alliance controlling the game every week. When you never have power, you never get any information. He’s whined and drug around a blanket for 2 months but I hope that doesn’t sour people on him forever. Kevin has been very open on the feeds about his family not accepting him for being gay, growing up hungry because of not having enough food and many other things. He’s a good person, who’s had a lot of challenges in his life, so I hope the BB community shows him some love when this is all over.

My own take on the OTEV episode:

Last night, production set up a story line for the viewers that involved Enzo dying to use the veto (Bahahaha) and trying to make it appear as if Christmas was on the verge of going on the block. Sure, there was a chance Christmas could’ve been a replacement nom but she wasn’t going to be backdoored.

Speaking of farm animals, this is the pet pig (not a blow up) from BB2. She fell in the pool once and Will jumped to save her. Who remembers her name? 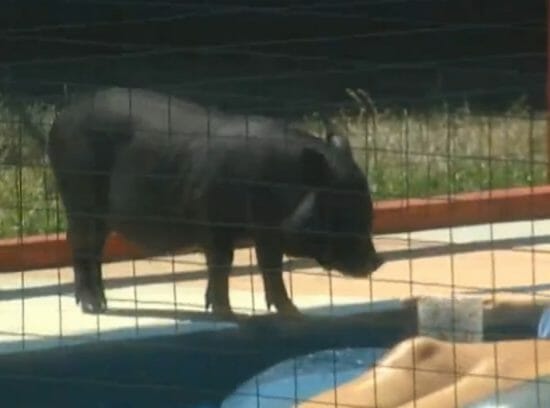 We didn’t get any Dr. Will on the episode but here’s a couple recent Tweets from him. This one was what he thought of David going for the money: 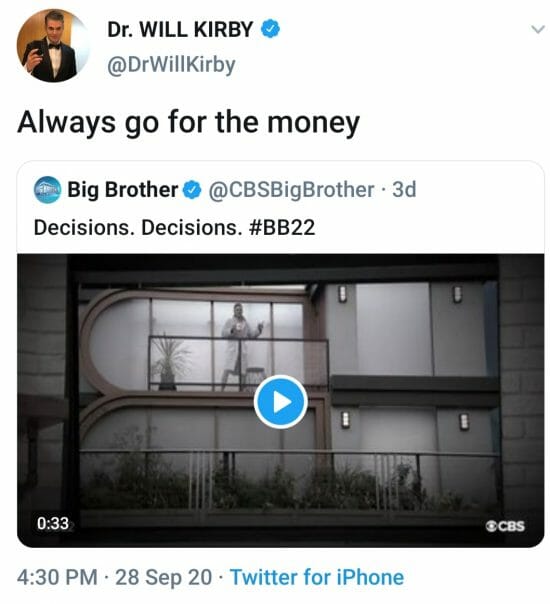 This one is a bit more personal, I guess?? 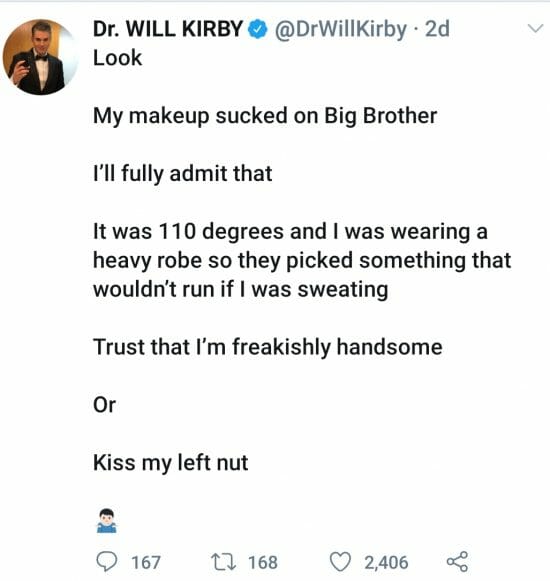 Ok, moving on to the feeds from Wednesday:

This was Enzo doing a bit about how he’d react if someone tried to put him otb. He said he’d start saying they couldn’t because his kids birthday is in November, it would be Halloween soon and all kinds of other stuff. (It was pretty funny) 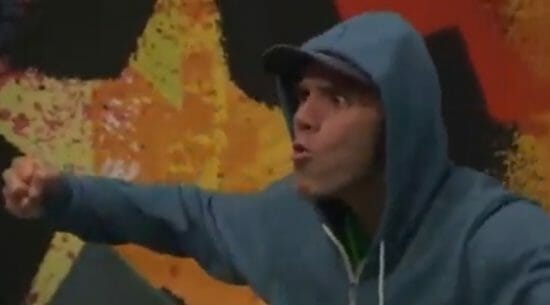 Tyler got in on it and said he could say “my kid has a soccer game today!” 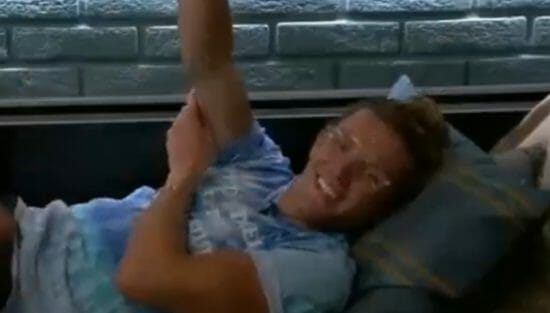 That’s it for me today. I’m anxious for tonight and ready to get rid of more of these people! One last thing, the pigs name was Ophelia.