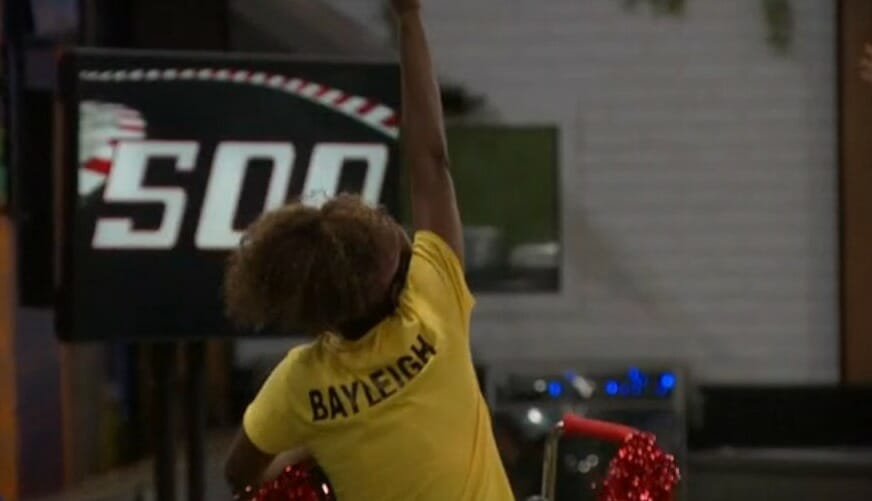 First, I want to thank people for reaching out yesterday. I had some personal stuff going on but it wasn’t anything serious regarding health, etc. However, a few reached out with concern and it really means the world to me. You guys are absolutely amazing and are the bright spot of every year. I get legitimately sad that I can’t interact with people after Big Brother ends.  But enough about me, let’s get to the recap…

There is just so much to unpack this week that I’m really going to have a tough time getting it all in because I know I’ll forget most of it. However, we should have expected a weird one when the HoH was won by someone who didn’t even have to do anything. A literal bag of potatoes could have won this week because both times Christmas even played, she advanced due to the other person buzzing in and getting it wrong. (and before people break down the psychology of someone not rushing their answer because they know a bag of potatoes can’t ring in… first, I beat you to it. Second, you’re real fun at parties).

Christmas immediately used her HoH to do the dirty work of the guys in the house who are eventually going to throw her away if they get to the final 6ish.  The dirty work is that Tyler especially just didn’t want Bayleigh in the jury because she largely contributed to his loss in BB20 and he expected her to do the same this year.  Rather than be honest with that whole approach, or at least to the point of just telling Bayleigh that she is the target, Christmas decided to nominate her against Da’Vonne and then pulled some ridiculous ‘untouchable’ excuse that nobody in the house bought.

It was then time for Christmas to play the victim and went to the HoH room crying to both Da’Vonne and Bayleigh. Both of those girls literally comforted Christmas after being nominated by her. 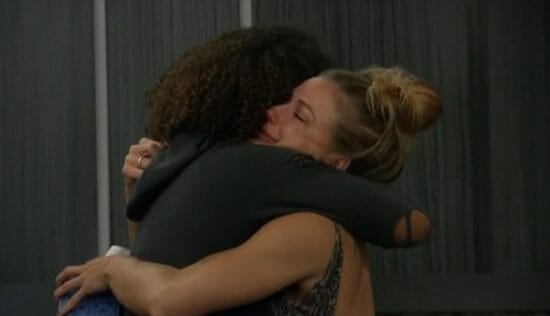 Christmas then talked about how there are so few girls remaining in the house apparently missing the irony that she just nominated two more girls, but I’ll move on from that…

We watched both Bayleigh and Da’Vonne flop during the veto competition, so there wasn’t much controversy there. Although, we did learn David had the power to save someone from the block, and many questioned why he didn’t use it. It’s simple – He wasn’t actively working with them and wanted to keep it to save himself.  While we have the luxury of knowing Da’Vonne and Bayleigh are far more loyal to David than any of his ‘friends’ are, he hasn’t quite grasped that point. He is still misted by Tyler and thinks they’re like some final 2 or some shit. Looking back, he’s going to regret not using it, but I’m just explaining what went on in his head as to why he didn’t.

Speaking of Tyler, it was time for him to do his weird ‘I want to go home’ thing that I still don’t know what to think about that. Was it genuine? Strategy? We’ll never really know because they cut most of the discussion he had with Christmas and then gave us some weird edit on the show which actually made Bay and Day look kind of like the bad people here.  What we watched was Tyler saying he really wanted to go home and he also felt super responsible for them being on the block this week (because he was). He got their hopes up and then went into the black hole of conversation with Christmas that we’ll never get to see. They then show Christmas trying to dig up dirt on Bayleigh from Da’Vonne about her intentions toward Tyler and she uses that as justification why she kept the noms the same. It was all bullshit.

The reality is, production told Tyler he was going to lose out on tens of thousands of dollars if he left so they found some ridiculous reason why Christmas didn’t use the veto.

Now, to be fair to Christmas, and this is a rarity (me being fair to her), she was in a really shit situation here. Tyler fucked her hard. By telling the girls he was going to ask to go home, he deflected all the pressure on to Christmas who then had this decision to make:

a) Put Tyler on the block and try to get him out which would have been considered a forfeit because he asked to leave. This would have stripped at least $40k from Tyler because I don’t think he realized that was a breach of contract before he put all the feelers out. Oh, and not only that but also lose an ally and keep two people in the house who she pissed off.

b) Keep the noms the same and look like an asshole for not respecting Tyler’s wish to go home despite him likely changing his mind when he learned how much money was at stake if he had done that.

The real shitty person in that entire situation was Tyler for putting his ally in a terrible situation but he got a good edit on CBS of course and Bayleigh a bad one by saying she was still going after the ‘saint’ who was willing to sacrifice his game for her.

After noms remained the same, Da’Vonne and Christmas had a sitdown where Day tried to explain how betrayed Bayleigh felt. This is mostly due to Christmas’ piss poor reasoning to nominate them both to begin with (untouchable). Rather than accept the criticism, we got to see Christmas morph into her final Karen form of rage and anger (the same rage and anger that resulted in her driving her car into another car multiple times – while 8 months pregnant).  Here is Christmas in mid-morph as she had the condescending smile going before the final rage… 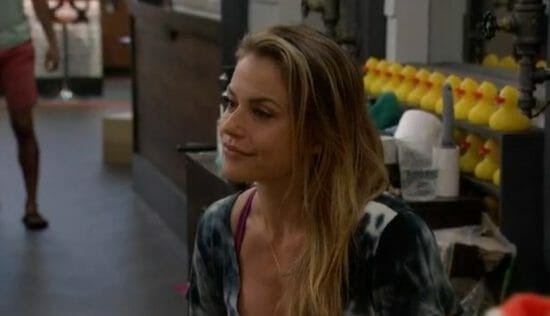 I need to speak with Bayleigh’s manager please!

Rather than just take the heat she should have known was coming, Christmas kept raising her voice to which Da’Vonne matched it until Day eventually walked away.  I covered the fight in detail here so I’m not going to repeat it.

It was just a wild week and I expect it to get crazier if someone like Da’Vonne were to win the HoH.  It is going to be a competition played out over the live feeds tonight (allegedly), so you can sign up here if you want to watch. If you don’t want to sign up, that’s fine. I’m not your mother.

I’ll be back later with the live eviction coverage. Have a good day, everyone!