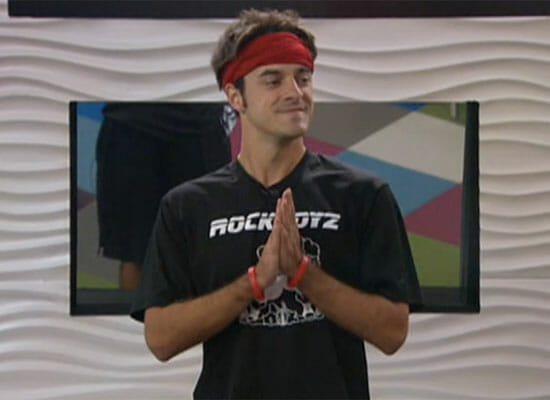 Sitting around day whatever of quarantine, something dawned on me randomly. Big Brother 22 should have started by now.  I know that’s a ‘no kidding’ statement, but I just cannot believe we went from counting down the days from BB21 to wondering if BB22 is going to happen at all this year. This year, however, the best we can hope for is some cheap spoilers on Twitter from someone who pretends to be from CBS.

Speaking of that person, they have said with confidence that Big Brother 22 will be a ‘go’ this year, and soon. Does that mean anything? No. The person has shown zero evidence of actually having inside sources and the best they can say is what we already know, which is they don’t know for certain.  They did say CBS is indeed concerned about re-starting Big Brother due to the increase in coronavirus in California, but anyone could tell you that. I knew that and I don’t know anyone in the offices at CBS.

That brings me to the question everyone is asking and that is ‘will Big Brother 22 be starting soon’ and the answer is really anyone’s guess. Up until about 2 weeks ago, I was very confident that we’d have a BB, and soon. In fact, when Governor Newsom announced that Hollywood could resume production, I predicted a mid-July start for the show. Had the virus remained at those levels, I’d see no reason to change, but they haven’t.

We’re now at the worst daily outbreak we’ve had so far but it went largely unnoticed because the outbreak was happening throughout the country rather than localized in my northeast region. Throughout that period, California remained fairly consistent with their daily new cases, but over the last week, they have about doubled if not tripled their daily number. In fact, Newsom actually announced today that the bars in CA would be closing again. This is a bad sign because he’s considering rollbacks rather than a flat out pause.

At this point, I fully expect to see them roll back more and even stop production once again. I really hope I’m wrong and I am going off nothing but a bad feeling, but it’s just one I can’t shake. I do think they’re currently pushing ahead with the season, but this next week will be a make or break week for the show.  While I know that Big Brother is a safe environment for cast members, and it may be possible to keep production in a bubble through the season, they can’t make rules just for one show. Even if CBS has the perfect plan for how to handle the show safely, if the state shuts down production again, everything gets shut down.

I was going to post more on rumors of cast members, but I ended up rambling about my worried about the show and this ran a bit too long for that. Seeing as I have tons of time available, I’ll likely just create a new post tomorrow to discuss the rumors of the show.

Oh, and one more thing. I fixed the contact page. If you’re having any trouble with the site, please reach out and let me know what issue you have. Please describe it as best you can. Thank you!