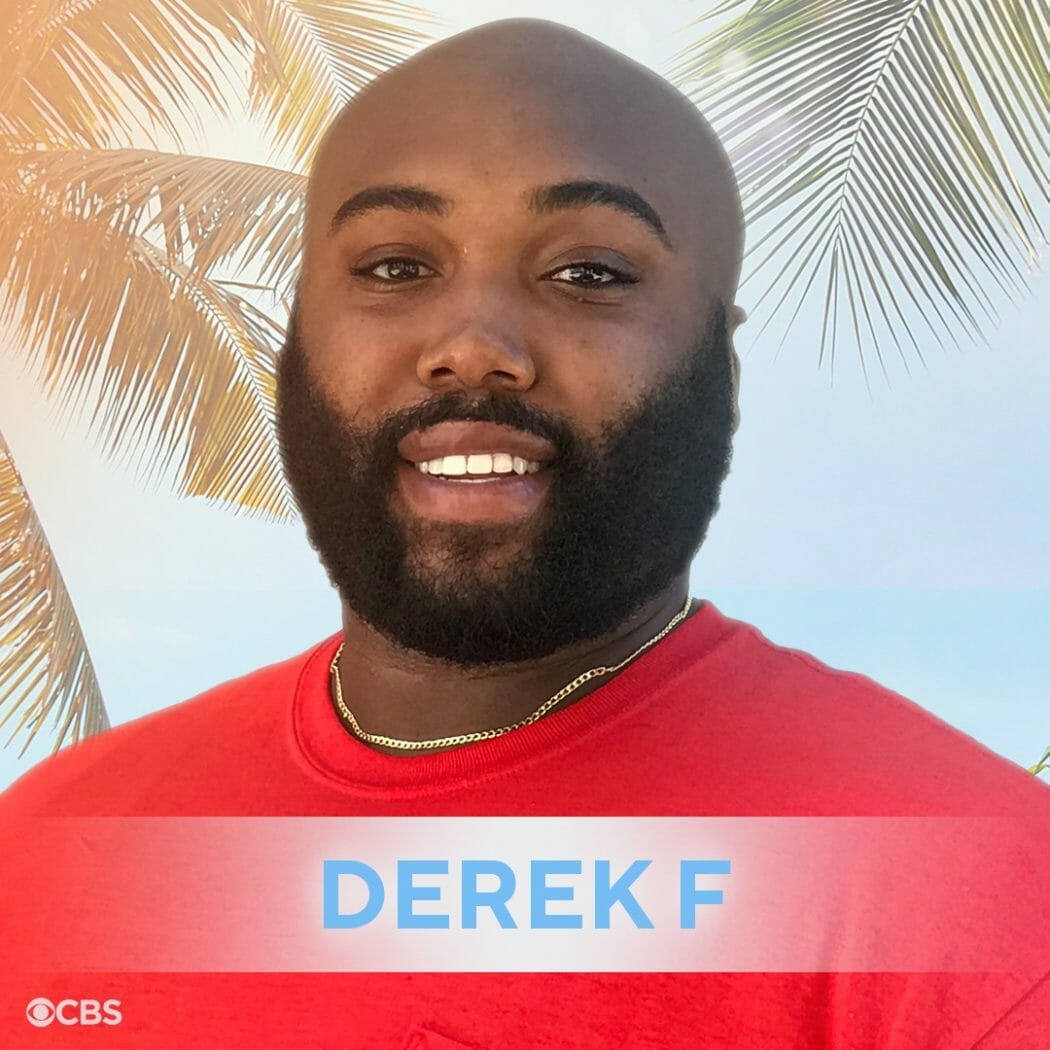 According to his bio, Derek Frazier is not much for words, but there may be one part of his bio that stands out for people in their 40’s and above.  Just that he’s the son of the great Smokin’ Joe Frazier!

Who is Joe Frazier?  Just the guy mentioned in arguably the most famous announcer lines in sports history

Sure, it’s probably more infamous for the Frazier family, but they have nothing to hang their heads on (not like they do). Boxing fans know the reason that line is so famous is that Frazier was a damn beast.  That was his first loss in his professional career as he was holding three heavyweight belts at the time. And he lost to George Foreman who, along with Ali, were the only people to ever beat Frazier in his career.

I don’t want to take up Derek’s bio gushing over his father but the guy was a legend. Frazier was out of my age range as I grew up watching legends like Tyson, but I definitely knew of Frazier so this is kind of amazing to see his son play Big Brother.

Now, will his father’s skill pass on to his son?  Well, first, this isn’t boxing so relax a little. Second, it seems he did inherit his build.  Guy benches over 300lbs and deadlifts 500lbs. He’s clearly the ‘strongman’ of the season, but that doesn’t always translate to easy wins. In fact, that role may be a curse for players because it puts an immediate target on their back thinking this game is far more physical than it actually is. The big guy of the season needs a ton of stamina to go along with his strength otherwise he’s useless in comps.  There are no arm-wrestling competitions but there are plenty of endurance challenges and weird comps with tons of running.

Because of that, I think he’s going to suffer the curse of the strong man and end up being a fairly early exit  (for what people expect).  He’ll likely cruise through the first part of the game because his teammates want him for his strength, but then they’ll become more and more paranoid thinking that strength is somehow going to come up later in the season and he’ll crush competitions to win the show. So, they’ll likely blindside him one random week and that will be the end of Derek on Big Brother.

Three words that describe you: Loud, outgoing, and assertive.

Favorite activities: Going out, dancing at the bars, CrossFit, and binge-watching TV!

Who are your favorite Houseguest duos? Those who became best friends in the Big Brother house or had a showmance?
Derrick and Cody.

What are you most excited about living inside the Big Brother house?
Getting the opportunity to win prizes and a half million dollars.

What do you think will be the most difficult part about living inside the Big Brother house?
Not being able to use my phone.

What is your favorite past moment on Big Brother?
When Dick and Jenn got into a heated argument and she threw out all his cigarettes.

What is your strategy for winning the game?
Try to get to know everyone on a personal level so they never put me on the block. I will get everyone to do my dirty work because I am good at being a leader.

What would you take into the house and why?
-My phone so I can keep in contact with my friends and family.
-My cologne because it reminds me of home.
-My PlayStation, because I would miss playing video games.

Fun facts about yourself:
-I can fall asleep sitting up or standing.
-My Dad is Smokin’ Joe Frazier the boxer.
-I can lift a lot of weight. Bench 315 lbs, deadlift 500 lbs, backsquat 520 lbs.
-I went to military boarding school for high school.
-I went viral on TikTok once for a video I didn’t post.
-I know how to box in a boxing ring.