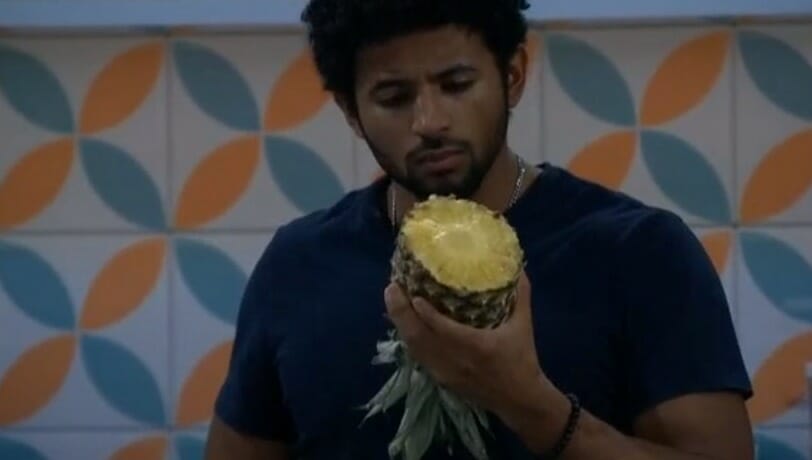 Happy NFL opening day!  If you’re into that.  If not, happy Double Eviction day!  I suppose being a Big Brother blog, those should be reversed, but whatever, I like football.

Tonight in the house should be fairly cut and dry. Claire will go home first and then Alyssa will follow her out the door unless she wins HoH or PoV.

The end.  Have a good night!

On a serious note, we’re finally down to the cookout actually going after each other which should make for a good week of feeds regardless of what happens tonight.  Well, I hope.  The more I think about it, the more I wonder if next week will just be like this week if Alyssa survives the night. If that happens, it’ll be 5 cookout+Alyssa and they may just still try to keep it a secret while they scheme behind each other’s backs all week.

But, let’s pretend Alyssa goes because odds are in favor of that happening. I said a week or two ago that the line is going to be drawn fairly quickly between guys and girls and I somewhat stand by that.  The guys will certainly group up and Tiffany/Hannah will group up, but I still don’t really know where Azah stands on this whole thing. I think she’ll likely end up siding with the girls, but it wouldn’t shock me if Xavier was able to mist her into sticking with him which would be a kind of awful thing to do tbh.

The only reason Xavier would be able to get Azah to his side would be to exploit the crush she has on him and it’s super unlikely he’d actually take her to the final 2 because of the number of women in the jury house, so he’d probably cut her loose at #4 and ride with Kyland and D.  He’d likely then end up taking D to the final 2 because Kyland would probably put up a better argument than Derek could. That’s how I see the next two or so weeks panning out, but what do you guys think will happen once the battle of the cookout actually begins?

Alright, that’s it for this double eviction.  HoH comp will take place later tonight. Not sure if they will have feeds before then but I may watch the game until the HoH comp ends