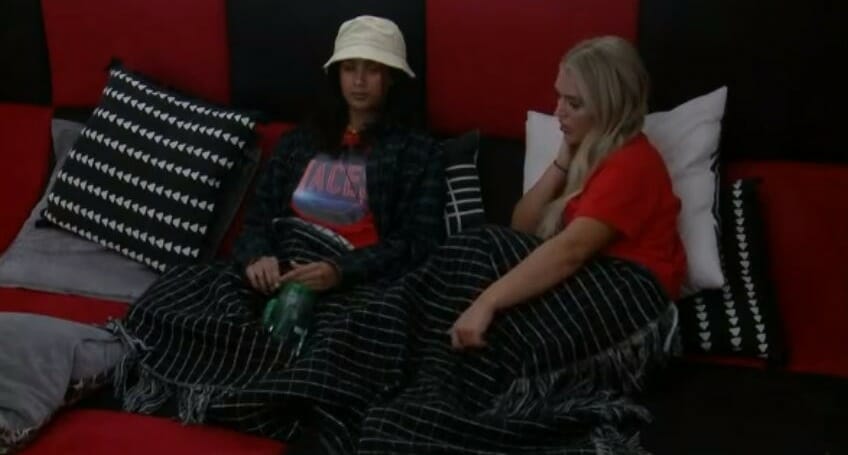 Before I begin, I wanted to clarify something – If you reply to a comment and the original comment gets deleted, your comment disappears. I’ve had people mention disappearing comments today and this is most likely why because I had to delete 2-3 lousy comments this afternoon.  So please don’t take anything personally if your comment goes missing after you replied to some jerk. It’s just a mechanic of the comment system. Oh, and if you say something mean and your comment does go missing, please do take it personally. No room for that garbage here. Thanks

Anyway, wow, that was a busy afternoon.  Between the feeds coming back up after the wildcard comp and dropping again for noms, there was conversation after conversation which was so hard to follow along!

First, Claire won the WC comp if you missed that in the last thread. I’m not sure what is up with her team because they didn’t mention much of that, but she personally won 2 weeks of safety which unofficially makes her the first member of jury (two weeks likely being this week and next).

On the nomination front, there was a lot of discussion who should be going up next to Whitney. It’s basically become a guarantee that Whit is the target this week, but the house is trying to figure out who to put up next to her. As it stands, it’s going to be Hannah, but Hannah was making a really strong push to change that to Britini. It didn’t work because Christian told the Jokers they are getting a break this week which is very Frenchie of him. I mean what happens if Whitney wins veto?   He literally has only the Jokers to nominate as a replacement nom unless he puts alliance members up as pawns.

Let me just double-check – Kings, Queens, and DX are the Royal Flush. Hannah would be OTB and Whitney safe from the Aces. So yes, that makes the Jokers the only people available. Smooth move.

However, based on how some of the conversations went during the Royal Flush meeting, that alliance probably won’t be lasting another week. They clearly have different goals as SB really wants to get Hannah out while members of the Queens are realizing how big of a threat Alyssa/Christian are together. Plus, the teams will break up this Thursday anyway which will put a huge wrench in their alliance. It was originally formed because of the team factor which becomes irrelevant on Thursday. So I predict Royal Flush is dead by next Friday.

Enough rambling. You want to know who is nominated.  Well, that is Whitney and Hannah as expected (with Whitney being the target) 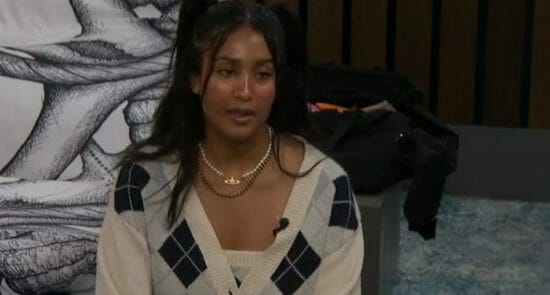 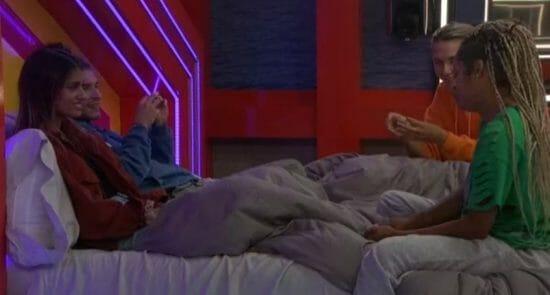 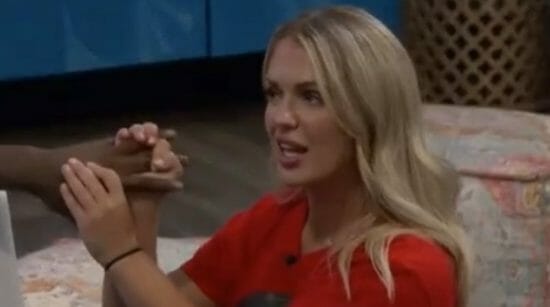