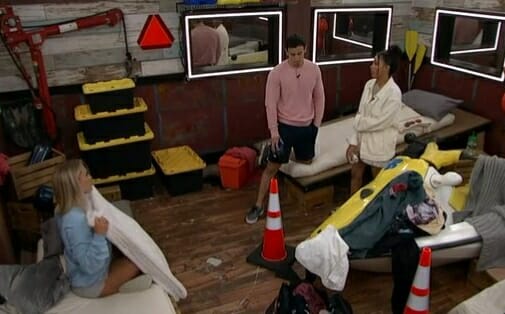 Good morning BB Junkies! I know I said yesterday the recap may be a short one but wasn’t. This one really will be because the house was slow yesterday and the day ahead for me is crazy. Thank you soooo much to LaDonna and Teena for your donations. You guys are so wonderful and I appreciate it and you very much!

Sorry for injecting so much of my personal stuff in the recaps each day buy sometimes it’s to explain why a recap may be lacking or honestly, sometimes it just helps to vent to my BBJ fam. I do at least try to stick with the short versions of these things. This is, of course, all a lead in to tell you about yesterdays drama. Short version: We picked up the tub, the one that’s been backordered, the store loaded it, said it didn’t need to be strapped on our trailor due to the way it was packaged. (We listened to them so that’s on us) We got about 2 miles down the interstate and the tub flew off the trailor. It’s a miracle no one was hurt! The tub flew off sideways so it went into a ditch but the pallet it was attached to landed on the highway. Luckily, my husband was able to get the pieces removed before anyone hit them but my heart raced for the rest of the day over what could’ve happened. Needless to say, I’ve had better days. I have to deal with that this morning (see if it can be repaired or if we have to have a tub funeral) That’s the other reason this recap will be short. 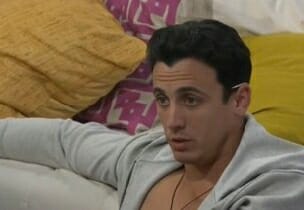 Does he remind you of anyone? I’ve heard this mentioned and yep, I see it.

Yesterday was alot more of the same. Brent’s still cocky, Britini wants people to atone for their BB sins, Azha is mad again, etc. There was some shifting of game strategy for some but it’s subtle.

The way the house is set up, for right now anyway, there is debate over Britini, Whitney or Alyssa going next for most people. (Unless you’re the Jokers, they always have crazy ideas) Tiffany wants out Whitney and that’s smart for her. (She can use Derek X and Hannah better if they don’t have other people like Whitney) It’s better for Kyland if Britini goes over Whitney but I’m not sure if he sees that yet.  Toss in Derek X, who wants Whitney and Hannah to go after Alyssa and you have an alliance with different interests. This is good for us because people are recognizing what’s better for their own games and trying to make it happen. (Kyland may not realize how much he needs Britini out over Whitney. That may be the exception) Alyssa has talked about targeting Azha and she’s been putting time in with Britini so I think she’s planning to try and scoop up Britini if Azha leaves. This may be the only blind spot I think Tiffany has at the moment. I agree she needs Whitney out but personally, I think she needs Britini out over Brent. Brent trusts Tiffany, he’s already a big target and she needs Azha seperated from Britini. She should do what Alyssa may want to do, just the reverse. She needs to reel Azha back in the way Alyssa wants to reel in Britini. Keeping Brent is never going to happen, it’s just what I think makes the most sense for Tiffany’s game. 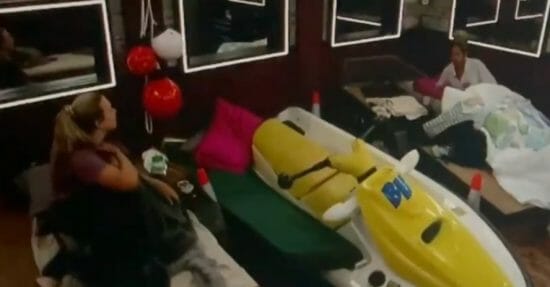 Claire made an excellent point while talking about the game when she said “it’s hard to be too early but it’s easy to be too late.” She’s right because there’s nothing wrong with letting people do your dirty work but you have to know when you should step in and do it yourself…especially if they have their own plans. You also have to be careful of waiting too long to make the moves.  Keeping Alyssa and Christian, for example,  is good for Tiffany because they trust her and are working with her. They could also wind up being pretty big threats so finding the balance for how long is too long is the key. That’s why this game is harder than it looks on tv.  That’s also it for me today so…