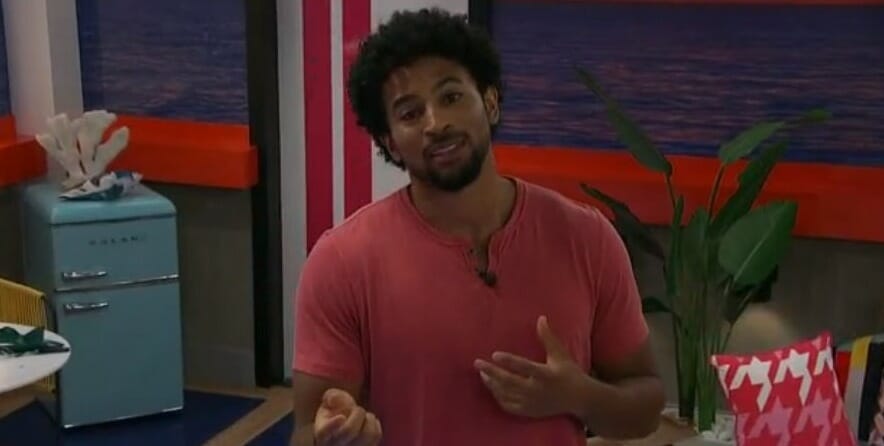 I planned on taking the afternoon off until after the veto competition, but this house doesn’t stop so neither do I

Frenchie has been scheming all morning and this is the plan he came up with:  Whoever wins the veto – including Frenchie – uses the veto on Britini.  This makes Frenchie the hero and it also makes him the shield moving forward.  Yes, the shield strategy we’ve seen suggested like 100x a season will suddenly make Frenchie the best player in history (his words). Now, with Britini off the block, Frenchie can sit next to a Brent or a Christian and they can go home before him because, again, shield. Frenchie will just play the shield role and then go out at week 5 which is just after battle back (if they have it) but before jury so he can go home to his kids.

I’m sure nobody actually believes his heroic act, but it’s still great feeds so I’ll take it.  As a blogger, I’d certainly take Frenchie in the house over someone boring like Brent or Christian so I hope it works out, but I’m not sure it actually will.

Let’s get going with the updates

Before I do, a huge thank you to Kathy for your incredible donation! It is so kind of you and greatly appreciated!

I’m off to bed! Long day.  Tomorrow should be fairly slow day. Hopefully, they have the backyard for the change of scenery.