BIg Brother 23 – The Tragedy Of Tiffany 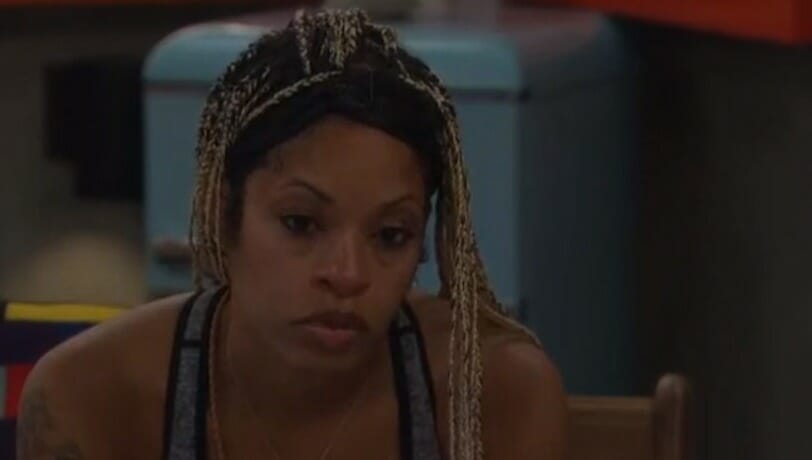 It’s Saturday in the Big Brother house and it’s time for the last veto competition of the season!  I can’t believe we’re already to this point in the season but maybe it’s because I’ve been hiding in my hole all year ducking people complaining to me about the show. I can’t believe the number of people who would rather sit and complain to bloggers about a show rather than – you know – just not watching it?

Seeing as it’s slow in the house, I need to fill my intros with thoughts, so I’m going to talk about Tiffany a bit.  But Steve, she’s gone, let her go.  I know, I know. However, she’s still the most interesting person in the house and she’s not even in the house. That’s how boring the remaining players are.  I came across an article about Tiffany’s post-game interview. She once again mentions how Kyland made a mistake by not going after Xavier, and I see people on Twitter saying how right she is.

Yes, she’s right, but are we all forgetting that she could have taken out Xavier herself? Tiffany could have (and really should have) replaced Alyssa with Big D to send out Xavier.  Then the house could have gone after Kyland.  Then if they wanted, they could have taken out Alysssa and Claire which would have still given them a final 4 of PoC, a near-guaranteed final 3 of women (if they chose), and a guaranteed black woman winner of Big Brother (again, if they knocked out D at 4). Still, all historic stuff like they wanted, but it wouldn’t be a specific historic like Xavier wanted. 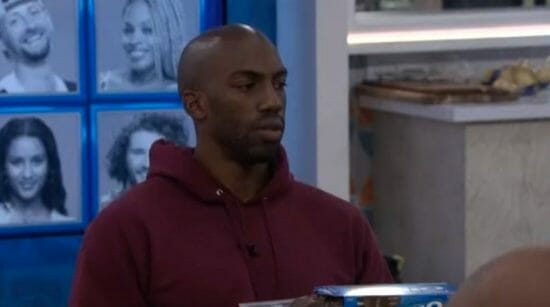 Xavier has been running the house since day 1

It’s obviously very important for all of the CO to have a black winner this year.  Most people with common sense get that and can understand why they want it.  However, Xavier helped convince the group how important it was for the final 6 to be all-black which encouraged Tiffany and Hannah to tank their own games for this arbitrary goal nobody will really care about in 2-3 seasons time.

A huge reason we’ve never seen a 6-person alliance last as long as the CO has is that around the final 8 or so, people start looking at their own alliances and know they will have to take shots soon, so they take them early.  Think of Tyler going after Brent when there were non level6 members still available to take out.  He went after him because he had the opportunity to shoot first and did it.  There are countless examples of alliances attacking each other either directly (like Tyler) or indirectly (like Cody and Enzo voting out Memphis instead of Christmas even though they were tighter with him).

By Xavier convincing his alliance how important it was for the final 6 to be CO, he managed to completely dodge being on the block for 4 straight weeks while receiving just one vote to evict (a pity vote for Claire).  This is while people in his alliance were literally saying he would win the game if he made it to the final 2. So it wasn’t a secret how good of a game Xavier was playing at the time. Everyone knew it but still decided to keep him in the house because of this “final 6” thing he helped create.

Now, I’m not going to take away the historic significance of the cookout making it to the final 6. I’m merely saying it would have been also very historic to have an all-black and all-female final 3 which was easily within their grasp had Tiffany made the moves she knew she probably should have made during her HoH stretch.  The problem, however, is that Tiffany feared being shit on by the community for being “selfish” and breaking up the cookout so she was forced to fall on her sword for the team.

And what did Tiffany receive for her loyalty? A nice 6th place finish with absolutely no extra cash incentives for a top-5 finish. And this is why the story of Tiffany from Big Brother 23 is such a tragedy because we all know she should be in the final 3.  She won the right HoH competitions to do it. She had the allies around her to help make that goal happen. But, the social pressure of making the “final 6” thing happen versus equally as historic goals (like the all-female, all-black final 3) were pushed to the side.

Did she deserve to win the game?  That can be debated, but one thing is for certain, she deserved better than 6th place after the sacrifice she made for the greater good.