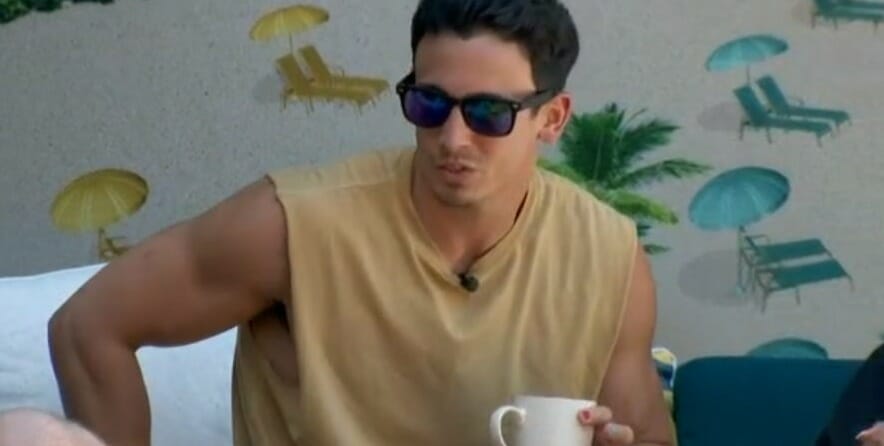 It’s Tuesday in the Big Brother house which means Frenchie will be spending the next two days coming up with some scheme to stay in the house!  I’m kidding.  He’s toast and he knows it so he’s been spending the last few days just talking about how great of a player he is. He’s also running around telling people they need to entertain the feeders when he’s gone because he apparently thinks he’s Captain BB.

To be fair, I’m beginning to think he’s not wrong so far. This house has been very dull when not talking about Frenchie. I mean he’s been such a big part of the season, the only intro I can talk about is mentioning him giving up. Hopefully, it’s like all things and when a big personality is removed, there becomes a vacuum and someone ends up stepping in. I’m just worried because I’m not seeing a ton of potential for drama with the remaining guys. Who is going to stir stuff up?  Kyland? No way. DX? Nope. Christian is too busy drooling over Alyssa to care about anything else. X is way too chill. On the female side, there never was a lot of drama potential to begin with. I can definitely see Whit getting in some shit if someone rubs her the wrong way, but who is going to do that?

The backyard is still open today which likely means this week’s HoH competition will be a trivia or something non-endurancy. That’s sad because we haven’t had an endurance comp yet which is always fun. Who wouldn’t wanna see Big D hanging from a rope spinning?

So with not much going on, I’m going to start the updates!

Sorry for the delay in updates today.  This post will explain more

Actually, I can’t do this tonight. I’m sorry. I will be updating on a normal schedule tomorrow