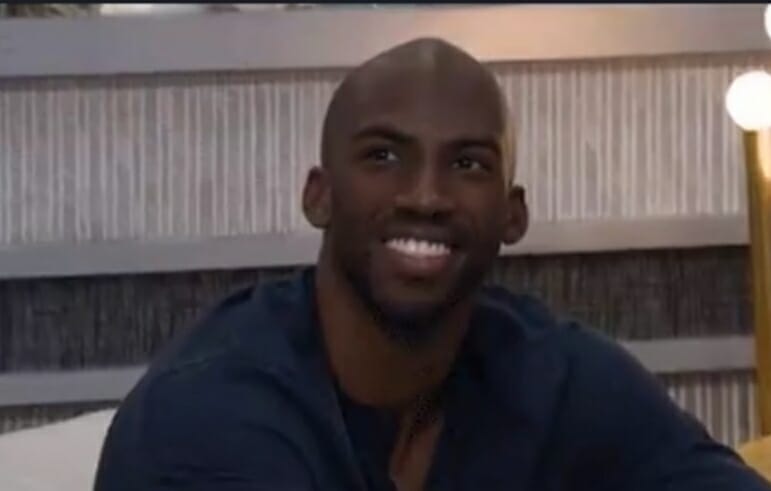 Good morning, the finale is finally here! With such a predictable ending, I’m more than ready for it too. It’s been fun (mostly) but the last few weeks have felt looonnng!

Here’s a few quick things I want to mention: 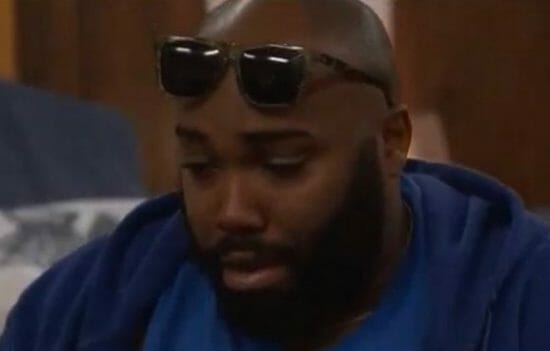 Feeds from yesterday: Azah continues to struggle with her decision if she wins the HOH. Derek hasn’t stuck with his plan of never speaking to Azah again. Instead, he did what he does best and tried turning his behavior into a joke.  I’m not being a jerk by saying “what he does best” because truthfully, it IS what he does best and it has been all season.  Derek is quite funny when he isn’t being nasty with his comments. DPL posted alot of updates this season in the comment section (so did a few others) and if you want more details today, you should check the threads from yesterday. They’re quite funny and much more detailed than what I’m giving you.

Short version:  Derek broke his vow of silence, made jokes about about his previous behavior and campaigned to both X and Azah yesterday.

X told Derek it wasn’t necessary, he did it anyway and X said you’re good and I’ll take you to final 2. With Azah, he said he didn’t want to guilt her but then proceeded to try and guilt her. X finally stepped up a bit more and began trying to manipulate Azah a little.

Basically, Derek begs and guilt’s where Xavier goes with ‘you should do what you want,’ ‘you’ve earned your spot’ but ‘let’s cuddle a little so you’ll take me.’  The best point Xavier made to Azah while pretending like he wasn’t, was talking about Derek feeling entitled. He said he didn’t like the way Derek made it sound as if he deserved it over anyone else. He told her he didn’t understand why Derek was ok being 3rd with himself and Kyland but somehow coming in 3rd against Xavier and Azah is different. 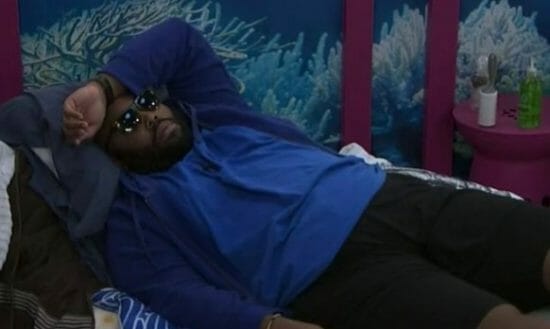 Part of Derek’s attempted guilt trip was repeatedly telling Azah he should’ve kept Kyland last week over her. He’s also reminded Azah about her saying she was ok coming in 3rd. I liked when she reminded him that he’s said all season, he’d be fine coming in 5th.

Azha’s most recent proposal was to have Derek name who he’d want to sit with in a F2, have that person take Derek if they won the hoh and have the person he didn’t name, not take him. X didn’t like the plan but he didn’t say that to her either. 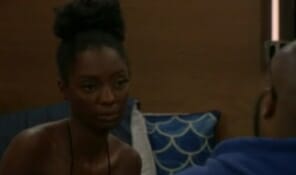 I believe she’s still leaning towards taking Xavier but she’s definitely torn over it. Xavier will still take Derek. X has a better track record in comps than Azah so I’d imagine, our final 2 will be Xavier and Derek. (Naturally, the large font has to give me trouble one last time for the season!)

I don’t think I’ve ever seen a season where people openly campaign for themselves, in front of the person their campaigning against.  It’s not only this week, it’s been all season long.  People have spoken so openly about what would be good for someone’s game, even if it’s bad for their own.  I’m not talking about the kinds of manipulation that people often use. I’m talking about people giving others sincere advice that goes against their own best interests. I’ve just never really seen this before but don’t think I’ve talked about it.

I’ll be back later with the final part of the season recap. Have a great Wednesday!