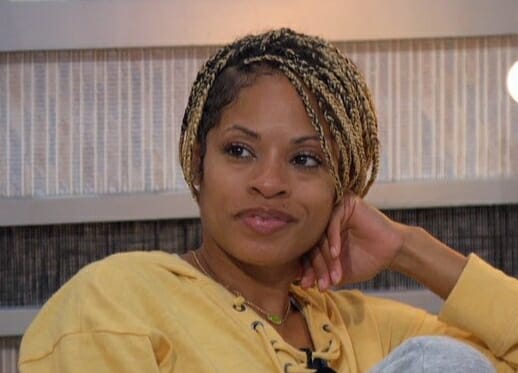 It’s the second to last Thursday in the Big Brother 23 season and after tonight, we’ll be down to 4 remaining in the house.  In what feels like the blink of an eye, the season is coming to a close and we’ll all be thinking of the next Celebrity Big Brother that will keep us occupied for a few weeks in the dead of winter.

There isn’t a whole lot to talk about considering the feeds have been down for over 24 hours now and production has been keeping a super tight lid on leaks, so I’m just going to assume Tiffany is already gone and Hannah will be leaving tonight. Just a guess, however, because there is a very real chance Hannah can win the next veto or HoH which will throw off the final 4.

Seeing as this is one of the last major nights of the season, I want to thank everyone for a wonderful season!  Don’t worry, I’m not going anywhere until finale, but I like to get out my thank you before people lose interest these last 2ish weeks before tuning back in to see who wins the season.

It’s been a pretty difficult season to blog considering all of the racial issues and endless stream of complaints from viewers like I’m the official CBS site (spoiler: I’m not).  I even went for a walk today and one of my neighbors comes up to me and starts ranting about this season how racist it was blah blah.  I won’t even repeat the wording he used, but let me say when I hear stuff like that, it makes me understand the motive for the cookout more and more.

While I don’t agree with certain wording people like Xavier have said (specifically bragging about getting rid of the ‘white people’), the rest of the cookout has been completely respectful with their motives and intentions all season. This was far more of a case of similar people who banded together to help each other rather than groups with evil intentions.

It is absolutely no different to me than a female alliance trying to secure a female winner.  So long as they don’t spend the entire season bashing men, I really just don’t have a problem with it.  And that is basically what the cookout did except for the very few handful of comments mentioned above by X. Even then it was so few and far between that I didn’t let it get to me at all.

Moving back to the thanks, you guys have been extremely generous with your donations this season and I am so humbled.  And speaking of that, I never got a chance to thank Michelle as she donated during the downtime when I didn’t have a live update thread going. Thank you so much!  I appreciate you and all the readers all season long regardless of donations. You’re all wonderful and make my job so much easier.

Wow, I guess I’ll have to carry the thanks over to another thread because this is much longer than anticipated and covering two hours will be even longer so I’m going to start my live coverage here:

Alright, check back later to find out the next HoH

CBS’s twitter feed was wrong. Feeds are back. Finding out who won HoH and posting a new thread