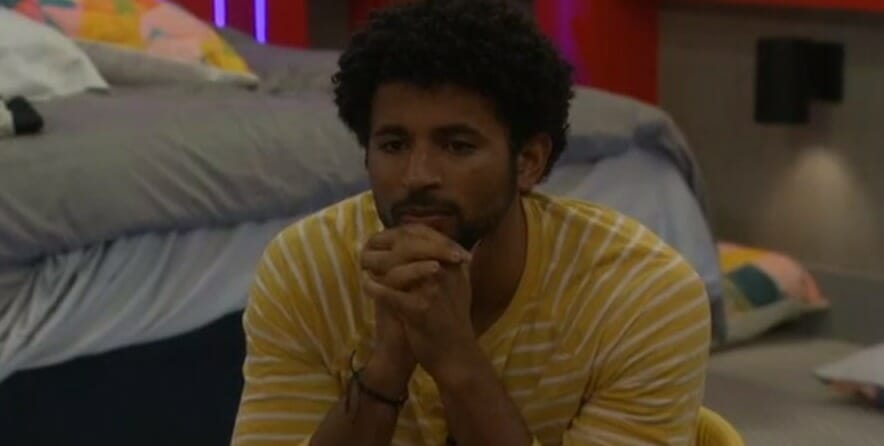 It’s Wednesday night in the Big Brother house, and it means we’re down to the final 24 hours of the Frenchie time in the house. I think the biggest surprise is that production didn’t keep Travis in sequester in the event they wanted to give Frenchie another chance. But, Travis has been seen out of the house and has done interviews which means there is no chance of a pre-jury battle back. It’s over for the French Fry which means he can go home, be all over social media and start pushing charity events.  Just a tip, Frenchie, don’t take any advice on organizing a charity event from Swaggy C.

Right now in the house, Britini is cramping the style of Christian and Alyssa who have grown very close now that the showmance killer is on the way out. Meanwhile, Kyland is making final use of his HoH by hanging with Tiffany and Claire. This morning, I pointed out how the house is becoming divided, but I wanted to emphasize how it’s becoming divided. Pretend you’re watching a visual chart of dumping a bunch of oil in a glass of water. At first, it’s all over the place, but over time it settles into a clear divide. Well, Frenchie’s week 1 was so chaotic that he was his own droplet of oil and the house was water. Now that he’s gone (tomorrow), we’re going to start seeing more of the two sides forming.

Oh, and I forgot that the “teams twist” was able to slow down the inevitable divide as well.  As mentioned, Kyland is in the HoH room with his team and that will likely stick a bit for another week or so. Teams surprisingly stuck longer than anticipated, but it’s coming to an end in two weeks regardless what happens so it’ll be a different vibe.

With that, I have a headache so I’m going to take some Tylenol and rest my eyes. I’ll be monitoring feeds so if anything breaks I’ll return to post (especially a fight). If not, catch you tomorrow