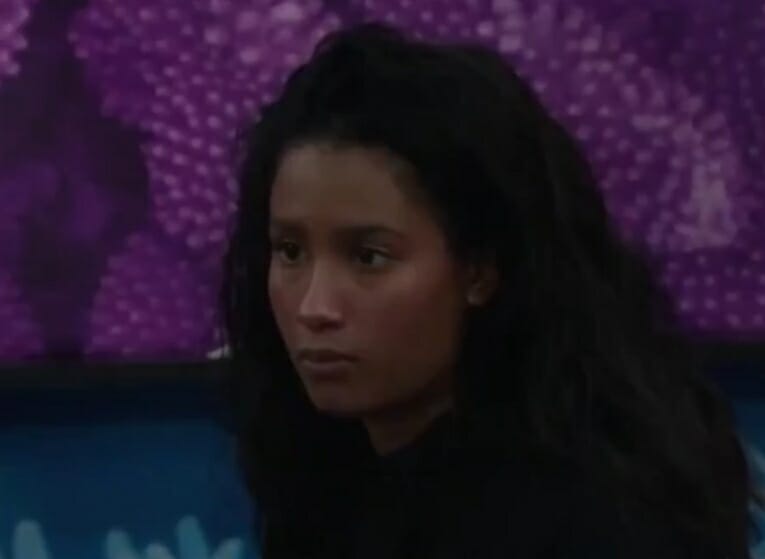 Good morning everybody! It’s eviction Thursday again and this one has the potential to be really good. Blindsides are weird because they’re great entertainment while leaving you a little uncomfortable too. (at least that’s how it is for me) It’s like having 2nd hand embarassment. It’s worth it tho and I can’t wait….assuming Brent isn’t told today. Derek F told him he didn’t have the votes to stay and Christian slipped up and said something about 3 guys going home. Brent heard both comments but he just thinks they’re wrong, I guess. 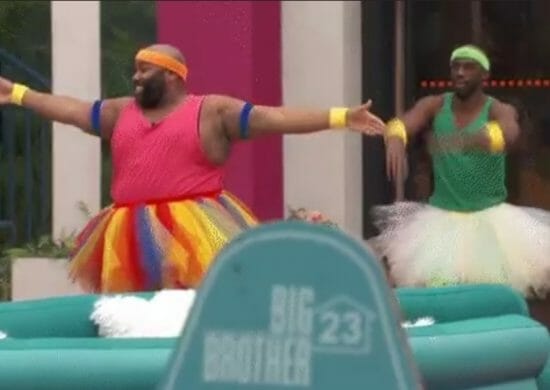 Seeing grown men in tutus never gets old to me!

The house is non stop gaming and yesterday was no exception. I heard someone say on a podcast that this cast plays a couple weeks of BB in a day and it’s so true! This can’t possibly cover all the conversations from the day but here’s a summary:

Hannah realizes she needs to go for this HOH, Britini wants her team to win it but she doesn’t want to win it herself. Most people outside of the Kings plan on going for it,at least until they know all people on the Kings can’t win and after that, they’d like to throw it to one of the Jokers. (I know they have a plan and all, but this this sounds dangerous to me. The jokers are the one team so far that plays more on emotion.  I wouldn’t throw to them unless I planned on kissing their ass the entire week.) Since we have no idea what the HOH comp will be, we also have no idea if directing the win to someone else is even possible. 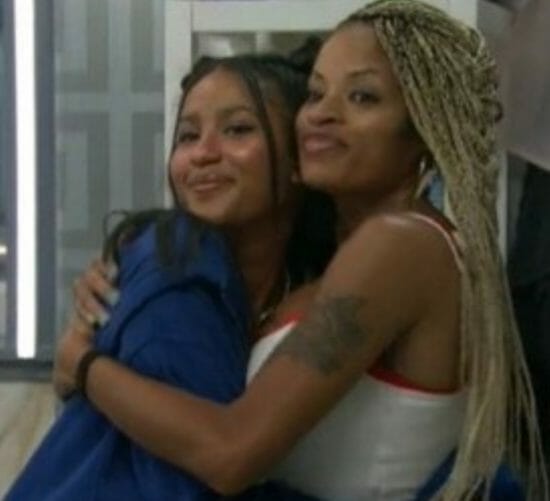 I don’t like twists but this team one hasn’t been too bad. It’s added an extra layer for strategy because of the safety it could provide. Having said that, I’ll be ready for it to end. I’m anxious for an endurance comp. I don’t see us getting one of those until the teams are over because of the extra Wild Card comp.

I think this could be a very pivotal week in the house because they’re running out of people who the entire house can agree on for eviction. While a few might need persuaded, I could see mostly everyone getting on board with Whitney leaving but that’s about it.

After thinking about it, I’m not even rooting for anyone to win the HOH because I think it could be interesting for almost any scenario. All of these people have their own targets, no matter what they’re saying to each other. This is early to think about but I like the idea of a F2 duo of Tiffany and Kyland. They seem to be the two dominant power players so far. I would be equally happy with a Tiffany and Claire F2. It would be great if Hannah and Derek X were in the F2. For me, it just goes on and on like this. This season makes me feel like it’s my birthday every day.

If you don’t watch the live feeds and you rely on live feed updates and daily recaps, you’re kind of missing out on how great the cast is this year. I can’t do justice to Derek X in a recap explaining how funny he is or how quick witted Hannah can be. Tiffanys camera talking is amazing too. (Yes, I do agree with Steve that she may go down the overthinking tunnel a little bit but I still think she’s amazing) Even Britini, as annoying as she’s been, can can be hilarious sometimes too. I don’t want anyone evicted, I want them all evicted, I want them all to win HOH so I don’t have a preference for who wins this one. I’m rooting for them all but so far this season, the viewers are the winners.