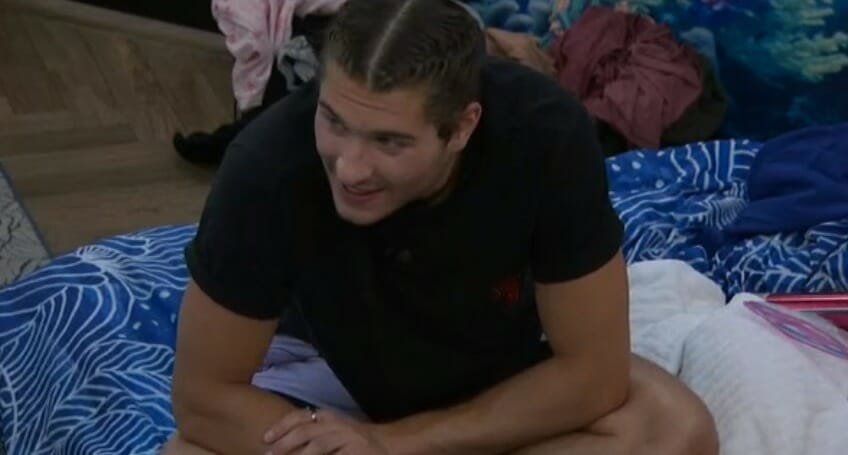 It’s the end of week 3 which means just two more evictions until we start hitting the jury. On one hand, I’m sad that we’re already closing in on the jury, but on the other hand, I have to be happy that it’s still July – for now.  Sure, it’ll be August by the end of the weekend, but we can still bask in July’s greatness – or wetness depending on where you live.  Seriously, enough with the rain.

Last night was a little funny on the feeds because Christian was chatting with Brent and he let it slip how the first three evicted houseguests will be dudes. Between that and Azah slipping the alliance name to Hannah, this house is getting a little sloppy the longer we go on. Now, Brent obviously became paranoid from it but Christian kept trying to change the subject.  It seems Brent still thinks he’s staying but just that he lost Christian’s vote.  Again, my favorite quote – never underestimate the power of denial.  I’ve used that quote like 5x on this site already and it will never get old.

While Brent was still roughly in the dark this afternoon, the plan was for someone to drop it on him sometime before eviction which is crap if you ask me. You going to carry this lie all week long and then save the reveal for when the cams are off? Come on, house. Don’t do us dirty like this.  Keep the lie going so we can watch his reaction with you live on TV.   This is literally what Brent said in his official bio:

I wouldn’t say a favorite moment, but more of a guilty pleasure. I truly enjoy watching the faces of those who RIGHTFULLY get backdoored. The reaction is just so genuine regardless of being on camera. I feel it’s one of the few times where contestants fight their honest emotional nature because of it being so sudden and gives no time to emotionally prepare. True colors show both literally and figuratively.

Do it for Brent!

Moving on, this is another pretty crucial week for HOH. Whitney or Alyssa are quickly becoming favorites to go home next week, so if either of them wins HoH – well, the other will probably go home. So maybe it’s not that crucial.  But almost everyone inside the house outside of the Kings alliance kept repeating how the Kings can’t win HoH this week which means I’ll be rooting for someone on the Kings to win just to see people get scared.  Because I’m a monster like that.