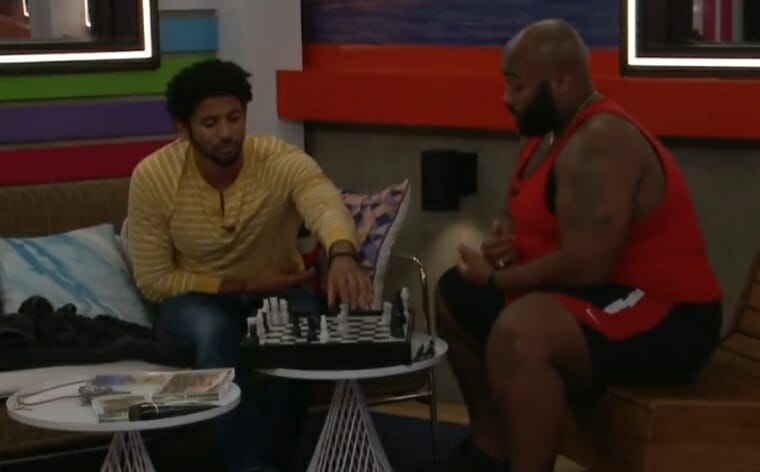 Good morning everyone!  It was a pretty slow weekend in the BB house. I did enjoy some of the stories they told about things that happened this season that all the CO didn’t know about. There was some strategizing and Tiffany and Hannah trying to campaign but it just isn’t going to change anything.  The veto ceremony is supposed to happen earlier than normal today but there won’t be a surprise coming. For a brief moment, it appeared Tiffany may have gotten into Kylands head about Xavier but it didn’t last. 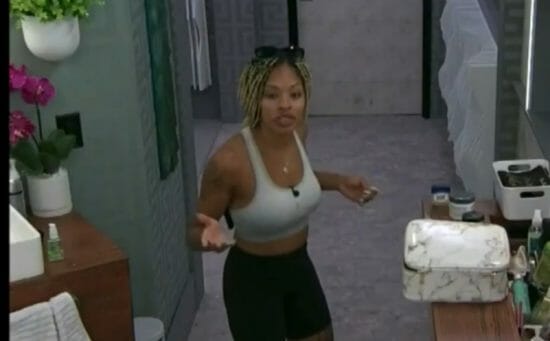 Since my last recap, Ky won the HOH, he put Tiffany and Hannah on the block and he also won the veto, which will allow him to keep his noms the same. Tiffany will be evicted on Thursday and I guess the only surprise could be the second double eviction. 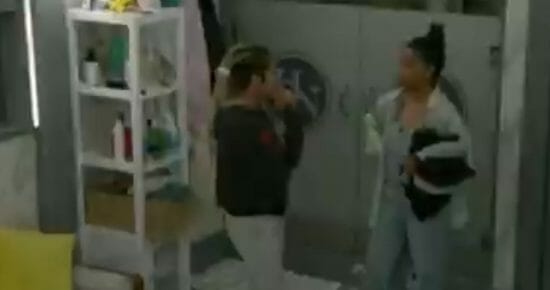 Even production had a hard time explaining Kys noms. It’s because he wants to go to the end with X, but she stopped trusting him, Tiffany’s a great player too but she should’ve trusted him? WTF? 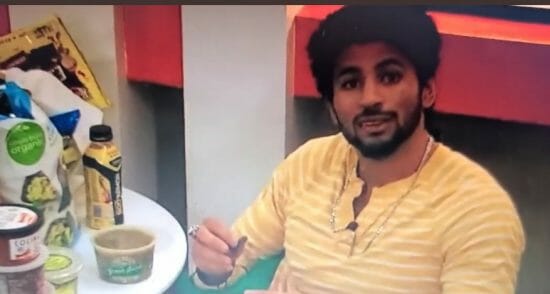 I’m not as bummed as I thought I’d be, realizing Tiffany’s fate is probably sealed.  Tiffany’s played the entire game like someone who was told ‘don’t touch the stove, it’s hot’ but she has to touch it because she has to know ‘well, just how hot is it?’ I thought back to the times she worked on potentially flipping a vote, only to end up not doing it. (I think these were some moments her personal game was battling with the best interests of the CO) It only caused more animosity towards her and she didn’t gain anything out of it. Tiffanys closest relationships have always been with players who weren’t in the CO.

I still don’t think her biggest flaw in the game was winning that last HOH. I think it was not working her relationships with people in the CO more, once she decided they were the path she was going to take to the end. We also knew the moment Xavier didn’t go up during her last HOH, she wasn’t going to win this game.  I just see this as something we knew was going to happen and now it’s here. (Easy come, easy go, for me at least, because I’m not winning anything at the end of the season)  Tiffany and Kyland will remain the most interesting players to watch this season (for me) but interesting doesn’t always translate into a win. 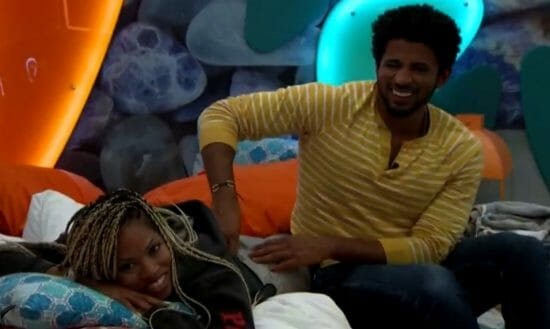 Tiffany chose the CO over her own personal best options and that was her choice. I’m not saying all the CO members didn’t do that because they did. I’ve said throughout the season, sticking with the CO WAS the best path for some of them but it wasn’t for Tiffany. I believe Azha could’ve potentially been gone prejury if not for the CO protecting her. If you remember, her name came up often as someone to take out and not ruffle too many feathers. That might be said about Derek too but not as much because his name didn’t come up as often. Xavier is the person who benefited the most from this alliance and it’s probably going to win him the game too. 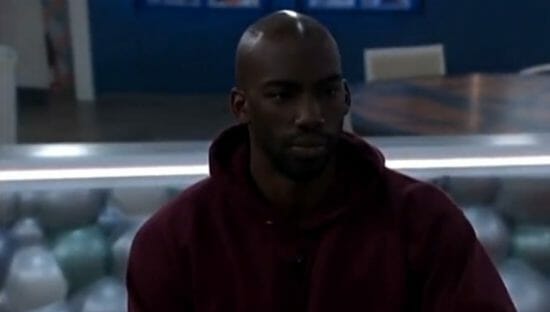 I’ve already discussed how I’m impressed with Xavier’s position in in the house but less by individual game play.  Don’t get me wrong, I think X is a really good player. He just hasn’t done as much to put himself in the position he’s in as other people have done. I also get that having other people do it for you is smart….if you’re aware of it. If I had any doubts about that, it was confirmed to me over the weekend.  Derek and Xavier talked about forming the cook out, who was responsible for which moves and basically, what got them there. It’s clear to me, they don’t even know much of what happened in the game. I can’t see X as a great player if he doesn’t even know HOW he got there.

X talked about how he hadn’t been targeted this season. That’s completely wrong because his name started coming up over a month ago. It was actually  Tiffany and Hannah who put in alot of work to shift their side people away from Xavier.  Other people kept him safe and there’s nothing wrong with that. I’d just be more impressed with him as a player if he was aware of it.  Tiffany and Hannah stop shutting down the X talk and started encouraging people to target him. That’s when this whole ‘Xavier’s gonna win if you don’t take him out’ got going.  Basically, they had a lot more to do with shutting down the idea of X being a target and ramping it back up again than Xavier ever did. 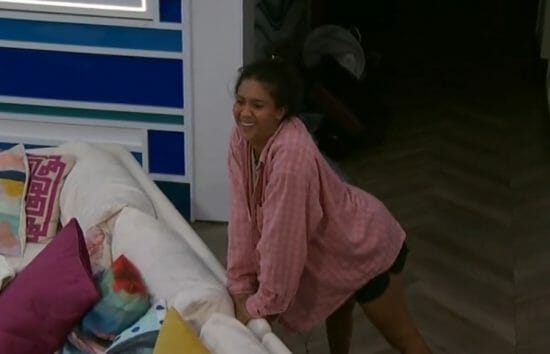 We know Derek is playing an entirely different game than reality but I was still surprised he spent the weekend trying to take credit for so many things in the game. He and Xavier are taking complete credit for the plan to make their side alliances more visible to people, so they’d be targeted together.  That part was 100% Tiffany’s plan. Hell, she even chose DX for Hannah to be her person. They said they’d already thought of it. She asked why they didn’t say anything if they came up with it. (Good question) Xavier did eventually tell Derek to just “let Tiffany have it.” It was sooooo condescending.  It was also annoying because it’s mostly bullshit. I know this isn’t a big thing and I think I’ve just gotten more annoyed over the way they speak about Azha, Hannah and Tiffany in general and their contributions this season. The women have won just as many comps as the men. Yes, I know Xavier has been throwing them but so has Hannah, Azha and Tiffany. (Hannah even threw the hoh X won) Now, I’m not claiming X isn’t good in comps. I saw him do that veto puzzle too! 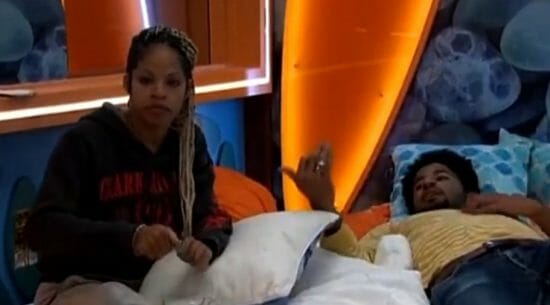 They just don’t like Tiffany and that’s fine, but why lie…to themselves?  There’s nothing wrong with simply saying Tiffany had control of alot of people this season, she’s good in comps, she’s a threat, they don’t trust her and they need to get her ass out. Any one of those would be good reasons. X begrudgingly acknowledged Tiffany manipulated people for the CO but followed it up by saying, she only controlled the “easy” people. (Ya, he had Alyssa) Ok, maybe I’m not taking Tiffany leaving as easily as I’d claimed earlier. (Lol)

Xaviers position is fantastic at the moment but he mostly has Ky to thank for it this week. I haven’t seen him working Ky very much this season.  Ky came to Xavier after barely working together and said ‘Hey, I want you for a F2.’ Of course, Xavier was like ‘sure stupid, I’d love for you to take me to the end.’ (I know that wasn’t the actual conversation but it may as well have been)  I’d already heard Ky talk alot about  Derrick & Cody this season and how he didn’t want to go to the end with a woman but after listening to an interview with a couple of his closest real life friends, his game made more sense to me. (I’m not saying the moves make sense, just his motivations) Ky began watching Big Brother during season 20. He got pretty into it, according to his friends, went back and watched season 19 and then binge watched season 16 with Derrick and Cody. When you watch the edited episodes that tell a story, (and not always an accurate one) it changes the way people view not only the game, but the players too. 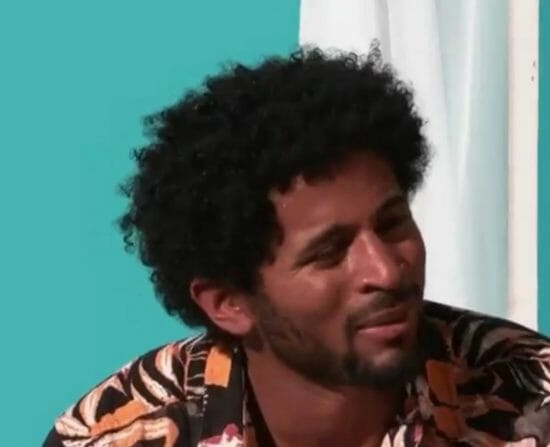 While camera talking this weekend, Ky brought up the Cody and Derek thing again but spoke as if what he and Xavier could do would be even more impressive. He acknowledged that Derek and Cody became close and had worked together through the entire game. He said he and X had barely worked together so he thinks that will be more impressive. (Here’s the part Ky doesn’t get) There was a level of trust that developed between Derrick and Cody naturally because they got to be close that doesn’t exist with Xavier. Ky’s just trying to force it. Of course Xavier is going to accept. He’s a good player so why wouldn’t he?

When you add to that, Kys huge ego, this is the result. Tiffany and Hannah figured out a long time ago, you had to play to Kys ego but nothing they said this week was ever going to work. Normally, you would point out how someone is a big threat and in order to win the game, you need to take them out. The more Kys heard about what a big threat X was in recent weeks, the more it made him want to take X to the end. Every time they would say  ‘you have to take this guy out because you can’t beat him,’ it backfired.  It just makes Ky want to prove them wrong. I get that a little but if DX, SB, Claire, Tiffany AND Hannah are all saying you can’t beat X, how do you think you will?  These are the people who will be voting for the winner!! It’s completely puzzling to me but it’s interesting to watch because this isn’t something we normally see.

Ky is basically taking out Xavier’s biggest threat for him this week. Xavier will be left in the house with people who are more loyal to him than they are to Ky. There’s also that little obstacle of what X’s real end game plans are and whether or not they include Ky.  I mean, I guess X might want this but we don’t know for sure. Until I hear him saying it, I would imagine X wants to be sitting with Big D in the F2.

I’m not trying to say this is why Tiffany’s getting evicted at all.  She messed up her own game. I’m just referring to this week’s campaigning with Ky and pointing out that common sense was never gonna work. 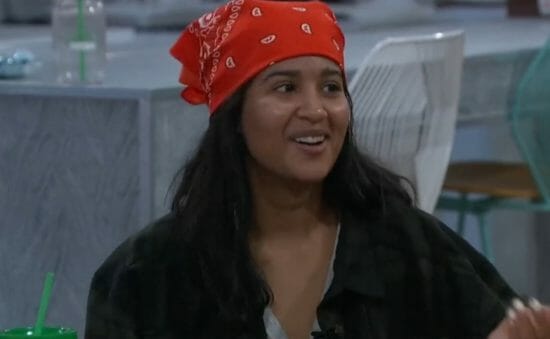 Hannah should be safe for now but she better watch it because she’s next in line to go. I like the attitude Hannah’s had this season. Nothing’s ever personal with her and for someone so young, she’s got a real killer instinct.  I like that she was trying to make a final 3 with Ky and X, while telling us she wouldn’t stick with it if she won the HOH. She also has a very big mouth. Sometimes, I think she’d rather be right over something that’s not even important than win the game.  I still really like her but it’s definitely a flaw in her game.

Don’t be fooled by Azha saying she’s focusing on the game now instead of Xavier. She’s already told him and Derek, she’ll happily take 3rd and let them have the final 2. Production hasn’t leaned into the crush she has on X near enough for her story line. I say that because it has alot to do with the decisions she makes in the game. I think Azha’s a sweetheart but if I’ve ever seen anyone that needs to hear “he’s just not that into you,” it’s Azha. 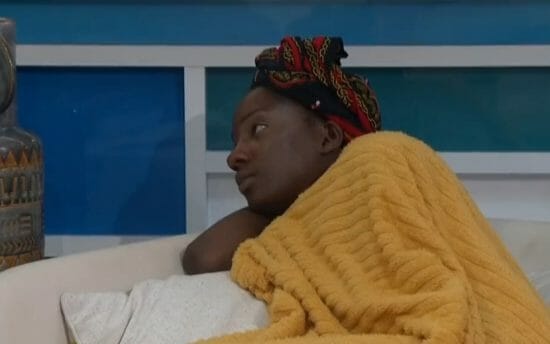 Why in the hell was that hoh comp so long on the episode? I mean, Jackson broke the damn comp by shaking the egg. Didn’t any of them see that happen? Not even BB trivia know-it-all Hannah? 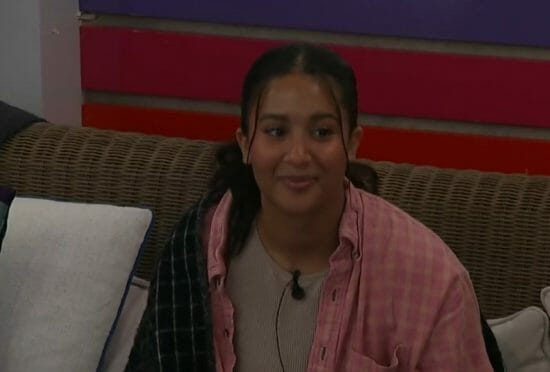 Ok, this was a weird recap, I’ll admit but….do you really want to hear how great of a mastermind Derek thinks he is or hear about Tiffany cuddling with Ky when he’s kicking her out of the house? I just didn’t have that in me this morning.