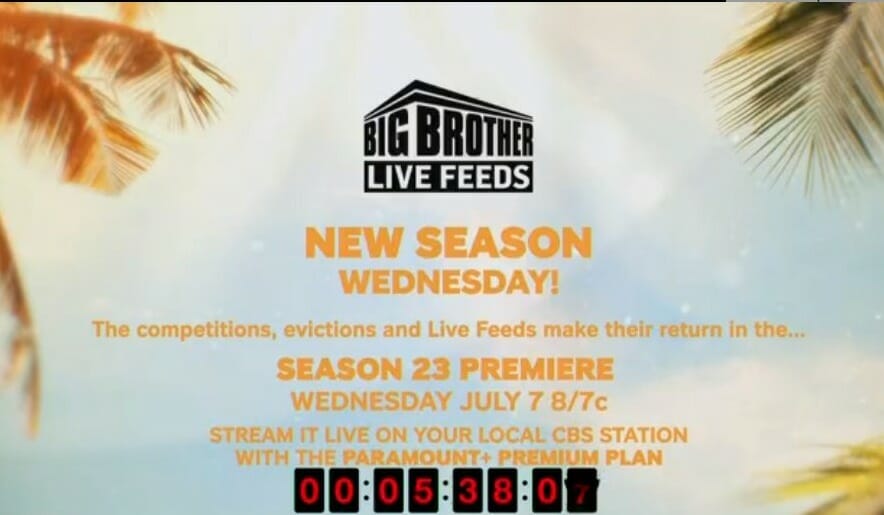 Good evening, everyone! We’re back!

While we are having a later start than normal, it’s not as late as last year, so I’ll take it! Although, they only started the June premieres a few seasons ago, so technically this could be back to ‘normal’ – whatever that is these days.

Moving on.  I hope you all had a happy and safe winter!  It was a pretty wild one, that’s for certain, so I’m glad it’s over and we’re back to summer mode! Big Brother 23 features all-new faces for the first time in just over two years!  I’m being a little dramatic of course, but it sounds better than saying we just missed a year of new faces. Technically it is over two years as Big Brother 21 premiered in June, 2019 🙂  Wow, one post in and I’m already rambling.  Let’s get back to this season.

I didn’t do profiles on anyone last season because we didn’t know who was going to be in the house until opening night (although there were leaks before, CBS didn’t confirm anyone).  By that time, it felt pointless to make profile pages of those people we already knew, so I skipped it. But this year I was able to go through them all and I have to say I’m very impressed with the early look of the cast.  Other than the fact that like 75% of the people seem to only remember Dan’s Funeral as a memorable moment, there seem to be a lot of good faces. Very balanced other than ages.  We’re still primarily in the 21-25 year group but I’ve just accepted they’ll never have a season full of 35+ year old people.

And let’s be real, as much as showmances annoy me, we still like to see them and write about them and I know fans like watching them.  Maybe some love to hate them, but they’re about as much of Big Brother as Julie Chen, slop, and mostly lame twists they try every season.  We all know CBS loves them as well, if you didn’t realize by them constantly trying to shove Brendan and Rachel or Jeff and Jordan down our throats… or the fact that they follow the show with Love Island.

Enough talking. This may be a long post so let me put the tl;dr version here:

Alright, time for some show updates

Okay now that the first ‘half’ is over, intros are done, etc, etc. Julie will start going over twists

Julie makes Frenchie a double or nothing offer.  Gets a second week of safety for his team. However, if he fails, he’s no longer HoH and his entire team can be nominated. If this happens, Claire wins HoH.

She is letting him think

Personally, I wouldn’t risk it.  The first week is super risky.  The week of safety is nice. Although I’d try to cut a deal with Claire for safety but not sure they would.

Frenchie passes.  Julie makes him play anyway just to see how he would have done.  And he landed it and would have won safety.  Nice job Julie.  Make him a target lol

And that’s it.  Live feeds on in about 3 hours