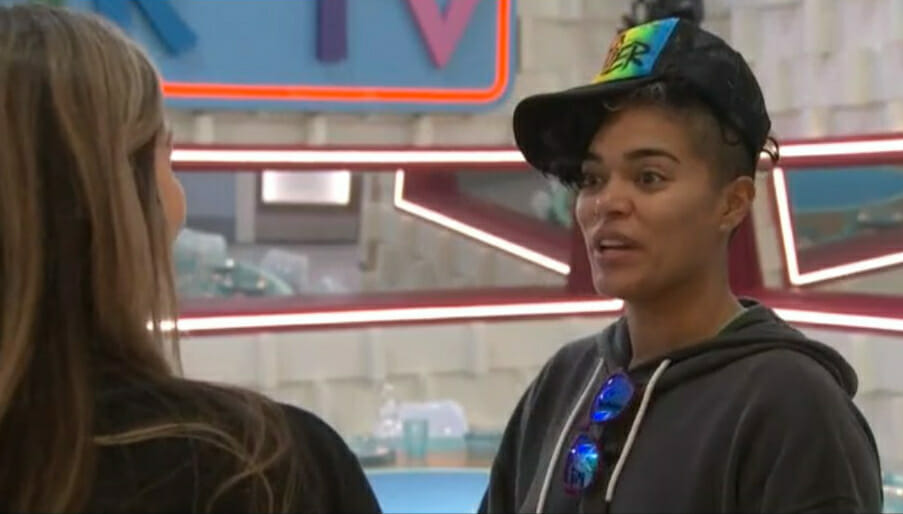 Sorry about the lack of updates yesterday. I was all pumped to spend the night watching the feeds and my boss calls me and tells me there are some bugs that need to be squashed asap. So, rather than having fun and catching up on the show, I was up fixing ridiculous crap. But, now I have the weekend to catch up on what’s going on in the house and also set up the live feed update thing.

Speaking of which, if you want to add feed updates, please contact me and let me know. I’m making it super simple so that when it’s done (this weekend), we’ll have routine updates on the main page.

Inside the house, Daniel has been struggling with who to nominate this week. The first week is always one of the hardest as it sets the tone for the entire season and you have 2 days worth of insight to go off of. Unsurprisingly, Daniel is looking to take the easy route of Michael and … yup, you guessed it .. Terrance. Did you guess it? Well if you didn’t guess it, you should have known he was likely an option.

Even with a slightly older cast than normal, it’s always the oldest guy to get the easy first target (one of the few reasons I’d never apply to be on the show). I mean seriously, how stupid is this? I know firsthand that if I were on the show, I’d be an easy eviction because I wouldn’t be able to win shit. So I’d be the primary target when you know you can knock me off at any time? Dumb.

While BB19 was arguably the worst season I’ve ever watched with some of the worst people to appear on the show other than maybe BB15, they were at least smart enough to keep Kevin around. And ask expected, they pegged him off when he no longer served his purpose. Side note – say what you want about Paul, but he is smart and the best player to never win this game.

So, I’m done rambling. As I said, nominations are today and the house is still waking up right now so I’m going to spend some time trying to get the live feed thing working. However, I’ll likely have a live thread going in maybe 2 or so hours when they start playing.