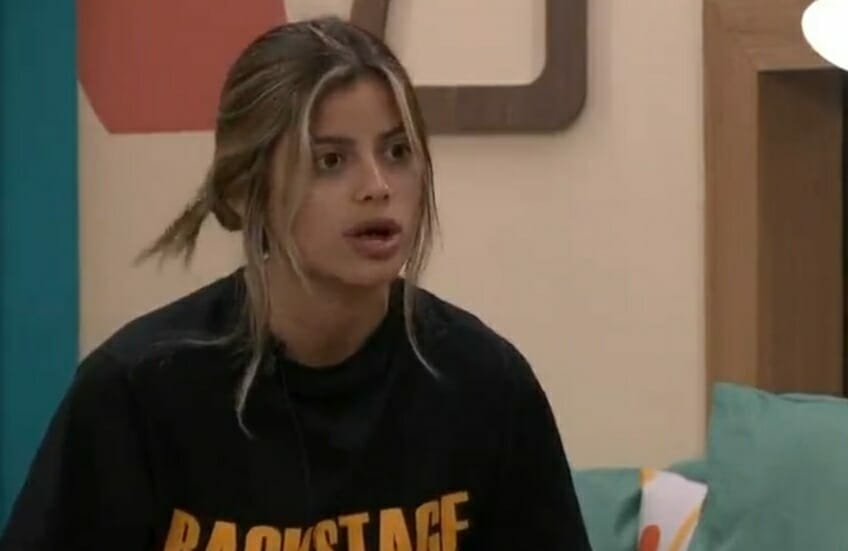 Good morning BBJunkies! I’m hoping to get this one out a little earlier today! I was a hot mess yesterday, typing my entire post in the wrong place on the screen and had to redo it so here’s hoping today is smoother. (Steve must have the patience of a saint trying to help me along sometimes!)

I mentioned the house was a bit like Lord of the Flies yesterday and I want to touch on that a bit more. This isn’t the first time we’ve seen it happen and unfortunately, it probably won’t be the last. I also said I didn’t like what I was seeing because I don’t know about y’all, but things like that leaves me with an uneasy and uncomfortable feeling. It’s hard to watch weeks like this one, weeks (most of them) on BB19 when Paul and crew would harass the chosen target for that week or the Camp Comeback phase of BB21 when most of the house agreed not to even talk to the ones who’d been evicted but still lived in the house.

It’s hard to watch and I’m going to piss some people off by saying this but it’s also interesting. I’m not saying it’s fun by any means but it IS interesting to see how people behave in groups, the way mob mentality starts, the way some people deal with jealousy and insecurities of their own and to see people struggle in real time with internal conflicts. It seems silly to get this much out of a show that dresses people up as bananas and hotdogs but it’s also why BB is different than other shows.

We may not always like what we see and sometimes people forget, we’re only here to observe. We want to observe people thrown together in a social experiment but get pissed when they don’t behave the way we want. (We don’t really want to observe, we want to correct, discipline and punish. What does that say about us?) I’ve never seen anyone truly learn a life lesson by being shamed into it. That just makes people become defensive because that too is human behavior at work. We’re observing real issues people are confronted with in real life, just a more intense version of it.

Sure, I was disappointed in Michael for chiming in and making fun of Taylor the other night. The part that was interesting though was watching the struggle he was having with himself because you could see it on his face and in his body language. I’m not picking on Michael, I’m only using him as an example. We watched him in the beginning try to avoid it. We saw him attempt to remind people they needed to stick to game reasons for evicting someone. (His point didn’t land well) We saw self preservation kick in and the worry he may have had over standing out by not participating. We also saw the guilt he had afterwards for doing it.

Jasmine is another example because once Paloma started trashing everything about Taylor, Jasmine not only chimed in, we’ve seen her repeatedly shoot down any comments about them possibly being wrong. She’s clung to this issue with Taylor like a life raft so it makes you wonder what insecurities she may have to cause it. Does Taylor remind her of someone she knew in the past who made her feel bad about herself? Does she just see Taylor as competition and wants to eliminate it? Who knows? That’s the part that’s hard but also interesting to watch. We’re watching human behavior, the way the mind can work, seeing people cling to a lie to avoid guilt if they’re wrong. Jasmine kept her back to Taylor any time she was around her after she was put otb. It was obvious and uncomfortable but I wondered if she did it on purpose as dismissal or was it something subconscious.

As I said yesterday, several people were saying they liked Taylor. These same people joined in on talking badly about her. People like Paloma, Jasmine, Ameerah and Monte want her out because A LOT of what they’ve said could come back to bite them in the game, along with them being the biggest assholes in the situation. I think there are others like Daniel, Pooch, Turner and Nicole who just don’t want to be wrong. Many of them have taken it too far so they NEED to be right about Taylor. Otherwise, they’d have to admit they got wrapped up in the moment….mob mentality. That’s probably a hard thing to admit. Anyway, if you’re like me and are uncomfortable with this type of thing, this is what I focus on during these situations. It sort of takes some of the emotion out of it. (not completely but it helps)

As for the feeds, it went pretty much as expected. The “explosion” and “going off” from Taylor that Daniel, Turner and Pooch expected didn’t happen. (Shocker, dip shits!) Instead, Taylor was sad and cried because Daniel told her she went otb since she’d offended and hurt several people but good news, he said this was her chance to apologize to people. (Daniel’s so thoughtful) He also told Nicole that Taylor seemed very sincere about not knowing she’d hurt some people, was surprised she didn’t “blow up” and he said Taylor could learn from it. (Jackass)

Here’s Daniel as Elvis but he wasn’t singing an Elvis song in this video. He was singing Shut Up and Dance. That was confusing…

After noms, Taylor took a few minutes to wonder what the hell she’d done to offend people and cry. She started to think Monte had something to do with it and said that thought made her feel sick. She also said she only neede 5 votes to stay and got to work. (I like this in a player)

She tried to ask some people what she’d done but all she was getting back was people telling her she hadn’t offended them and they liked her. Joseph said he really liked her, said she hadn’t offended him and I think was the only person to actually give her a couple of examples that had bothered people. Brittany did tell Taylor that maybe Paloma was the one spreading stuff about Taylor after Taylor mentioned Paloma being the first person to come talk to her. Brittany said Paloma may have felt guilty. Terrance acted like he was brokenhearted he was otb with her. He didn’t bother to mention any of her many flaws he’s been discussing with people.

Nicole told her they would talk and spent the rest of the day trying to avoid her although they did talk a little. (There was some serious gaslighting going on yesterday) She did have time to ask Daniel if Taylor was trying to fix all the damage she’s caused. He said he didn’t think so and Nicole said if she wasn’t doing that, she didn’t care to try and help her. (Yes, we only help those who help themselves or something like that) Pooch, who has talked about her a ton said he didn’t have any issues with her. (What grown ass man calls himself Pooch? Maybe I’m biased because my Grandpa called me Poochiebug as a child)

Paloma approached Taylor almost immediately to cry with her and tell her she had at least 1 friend and that friend was Paloma.

Monte and Paloma said they didn’t want it to come out that Taylor went otb because she’d lied to Monte about Paloma. (She didn’t lie) Paloma said it was over with and she didn’t want to be petty in that way.(hahahaha)

Too late….Ameerah had basically already told her and said they thought Taylor was a “guys girl” instead of a “girls girl.” (Crazy thought, they could just all be “women”)

Taylor explained herself to some of the women and said she was only telling Monte he should talk to Paloma so the women wouldn’t think the guys were making a guys alliance and wouldn’t end up going after each other. She said she didn’t tell Monte that Paloma was going after the guys. (I don’t know if Taylor lying on this part because I didn’t see the conversation between Monte and Taylor) She also said she wanted a girls alliance from the beginning. (This didn’t really make sense because if Taylor wanted a girls alliance, why would she tell Monte to make nice with Paloma so they could all work together?) Regardless, it didn’t matter because some believe Taylor but won’t stick their neck out to help her, some don’t believe her at all and others believe her but know they’ve talked too much shit about her to keep her. (Ameerah, Jasmine and Paloma do NOT want Taylor to fix this with anyone)

Brittany also got herself in some trouble yesterday. She’s grown increasingly paranoid that she may go home this week due to the twist. (At least she’s thinking about it unlike some of the others) I remember when she spoke to Daniel about his replacement nom, she was honest and focused on someone going up who would go home over her if she ended up on the block. Here again, I didn’t see this conversation but apparently in an attempt to bond with Pooch, (and try to get his vote if she went on the block) she told him that Ameerah said she might put Turner and Pooch otb if she were to win hoh. They told Ameerah, Ameerah questioned Brittany and Brittany did a REALLY bad job covering. She just oozed guilt so we’ll see where this goes. Ameerah seems to be protecting TP but I’m not sure. (Until I start liking this duo, maybe I’ll call Turner and Pooch TP for toilet paper) I reserve the right to change my mind but these two seem a little douchy to me.

Meanwhile, TP are talking about putting up Brittany and Indy with Ameerah as a back door option next week. Here’s the other half of this amazing pair:

Paloma is still going strong with some weird stuff. She decided they’re all in a dream and it’s not real. I do like this one of Brittany listening to Paloma talk:

Michael takes about Paloma since she’s in an alliance with them. They’re worried she talks too much and aren’t sure about her anymore. (Michael was never sure) Pooch and Kyle have also discussed that Paloma may be crazy. Here’s Kyle trying to get comfortable for bed:

Daniel tells the cameras he thinks Paloma may losing it and he wants to separate from her a bit. He’s still close with Nicole and Hope’s to work more with Ameerah. Now that he has no power to do anything, he’s starting to get concerned the guys could have an alliance and may have to work with them.