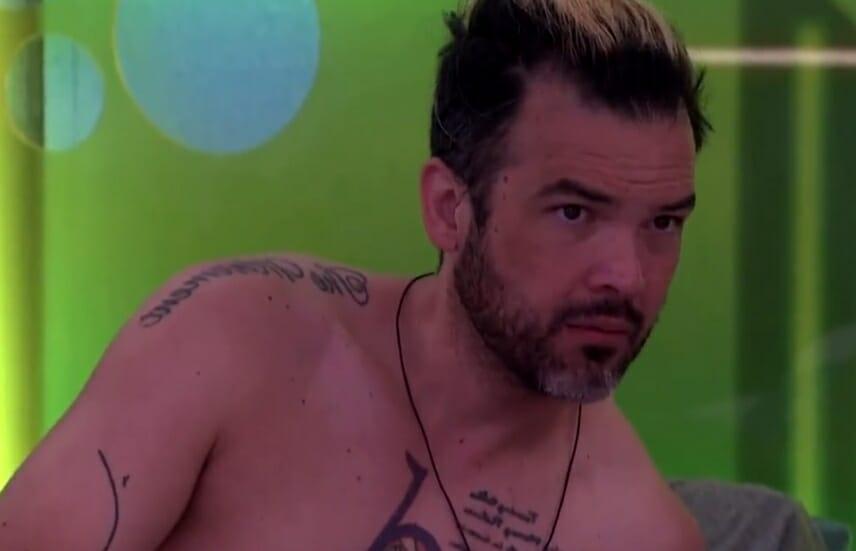 Good morning all! Has it felt like this episode would never get here or is it just me? Last week is when I should have been feeling this way because of the long gap between Pooch leaving and the show airing. It’s only been 2 days since the veto meeting but it feels like I’ve been waiting forever!

I think I usually feel this way when I’m curious about the editing of a particular episode. Obviously, we already know what happened so I I’m anxious to see how the show portrays it. They have great content but I’m not always confident they’ll use it to tell the story. They may run in Into the problem we often see production get themselves into. If they had shown what was happening in the house with Paloma and Taylor from the start, it would be easier to pick up from there and show the Leftovers forming. Now, assuming they do it, they have to lay the groundwork for everything that’s happened before they can show the Leftovers coming together.

They don’t have to tell the story that way but if they don’t, they’re giving up some really great moments. The people in the Leftover alliance have done a great job of tricking the other side of the house but that doesn’t show the emotion and sincerity that went into them coming together. We need to see Kyle up in the HOH room sounding like a coach or a motivational speaker. We also need to see Turner talking to the cameras laying it all out. (They can’t show it all but its worth seeing the clips of Turner on Twitter if you dont have feeds)

These are moments we rarely see on the show. Sure, we’ve seen ostracizing or bullying of a house target before. We’ve also see the “good people” not participating in it and the “bad people” taking it too far. What we never see, is people getting wrapped up in group think, recognizing it, making a choice to stop and being willing to say “I did this and I was wrong.”

That’s why they need to show Turner talking to the cameras! It’s just makes you feel good hearing everything he says and who doesn’t want to feel good watching TV? Besides that, production just wants to tell a good story and this is a feel good story. (It’s win, win) After a lame start, they have the opportunity to air a season with BB20 vibes of trickery and game manipulation, mixed with BB6 vibes for “good vs bad.”

Anyway, I guess I’m trying to say, they have something great so here’s to hopng they don’t fuck it up. On to the recap…

I’m not doing convo to convo today because there’s a lot of repeat. Basically, Terrance is campaigning for himself, making sure everyone knows he wants to stay and attempting to let them know why it’s good for THEIR games to keep him. (I’m still not a Terrance fan but as a BB fan, good for you Terrence, I can appreciate this)

Ameerah, what can I say about Ameerah? What a disappointment because as I said yesterday, she was one of my picks with potential, even if she was recruited. Instead of campaigning to people to get votes, she’s spent most of her time sitting around counting her votes. She’s checked in with the Po’s Pack members long enough to ask do I have your vote, ok great, see ya” and that’s about it. The biggest campaign effort for Ameerah has been Jasmine scooting from room to room trying to get info for her. She’s completely convinced she’s staying so doesn’t feel the need to do very much.

The Leftovers kept up their act with Joseph probably taking one for the team the most. He’s spent a ton of time with Ameerah, assuring the women he’s with them. This is totally random but these are Joseph’s dogs: Peanut and Butter.

Kyle told Alyssa he didn’t want a shomance and wanted to hold off until jury or after the show. He’s talked about this with the guys quite a bit. He’s focused on the game, doesn’t want a shomance to hurt his game and also doesn’t want to cross a line. Kyle understands the difference in using Alyssa for info as a player vs leading her on emotionally. Although he may be a bit scared off by some of their recent convos, (she’s told him she’s jealous and toxic) he does seem to really like her and he doesn’t want to hurt her. (I can respect it)

Turner has continued to talk with Jasmine and give her false information. He has her believing Nicole also knew he wasn’t going to put up Taylor prior to the veto ceremony. Turner seems somewhat introverted so I’ve been pleasantly surprised with his gameplay. He’s had the best HOH by far up to this point. He’s taking someone out who is the brains of the opposing side and who never planned to work with him. After losing his #2, he’s found himself in a majority alliance too. (He’s probably more expendable to his alliance than some but he shouldn’t be an immediate target either. If the Leftovers stay together a while, I think they’ll want out Joseph and Monte before Turner when they turn on each other) He’s also taking very little blame for his noms. Hell, even Ameerah is telling everyone she thinks he put her up by accident. (Haha)

Turner’s definitely made the house paranoid with his speech. Other than counting the votes Ameerah doesn’t have, they’ve continued trying to figure out who could have possibly been treating Taylor badly. After pointing fingers at each other, they decided Taylor is the actual bully. (No, I’m not kidding) In spite of realizing they’re amazing and wonderful people, Daniel and Nicole decided to do some damage control anyway. It’s that “I know I’m right but just in case I’m not, let me have a little insurance” way of thinking. (Half the house is delusional but Nicole and Daniel seem to have it the most. For example, Jasmine knows what she’s done, she just denies it)

I wondered if Daniel and Nicole weren’t so close, would they have snapped out of this by now? When they talk, they justify everything they’ve said and they seem to feed negativity off of each other. Daniel asked to meet with Taylor so he could “apologize.” I’m not sure what this was but it definitely wasn’t an apology.

Daniel spoke nicely to Taylor and I suppose he did apologize for the WAY he spoke to her but everything that followed was justification for why he went off on her. They hugged at the end and Taylor said she still wanted to be friends and thought he was a good person.

Taylor also talked to the cameras and said she didn’t want Daniel to be treated poorly, harassed or losing any jobs over the way this all happened. (She must understand the psycho side of social media)

Afterwards, when Nicole and Daniel spoke privately, they kept reassuring each other they were right in how they’ve handled everything.

Nicole may be one of the most self centered hg’s we’ve seen in a while. This woman makes everything about herself. She had the whole thing with “knowing she was the swing vote” before they’d counted the votes. Now, she apparently believes Turner made these noms just to hurt her because she’s the closest to the people on the block. She even tried telling Ameerah this week was harder on her than it was Ameerah. (She’s another one that I thought was going to be a much better player than she’s been so far)

Speaking of predicting good and bad players with almost nothing to go on, Kyle was someone many of us thought would be a flop. We didn’t have nearly as much to go on preseason this year but what we did see made many think he was immature and only there for more Tik Tok followers. I ran across this and thought it was hilarious:

I’m not sure why I’m bothering with game analysis this year because so far, it’s pretty obvious, I don’t know what the hell I’m talking about!

Taylor and Brittany talked alot more about game and their personal lives. When Taylor mentioned liking Jasmine, Brittany FINALLY told Taylor that Jasmine has been one of the most anti Taylor people in the house. Taylor continues to be nice to Jasmine which is great but if Brittnay and Taylor are working together, this is info Taylor needs. She needs to know about Alyssa too.

Brittnay still makes me a bit nervous as far as the Leftovers succeeding. She had a funny moment after some of the women left the room yesterday. She started rolling her eyes to the cameras and saying “no way, no way,” meaning she doesn’t buy the bullshit they’re selling. On the other hand, she told Michael she feels bad about betraying the womens group and thinks she’ll have the fans hating her for it. Michael reminded her they’d never really included Brittnay anyway. I’ve been hoping she would settle down now that she has an actual alliance and Taylor as a friend.

Michael, on the other hand is cut throat and I’m hear for it! This is when he was telling Ameerah she had his vote and he hoped Paloma was watching. (Haha)

The leftovers still havent decided if they’ll try to hide what their doing by splitting the votes or trying for an almost unanimous vote. Michael and Brittnay are concerned it’s going to come back on them. A little bit of it could but I think it’s mostly going to be on Monte, Kyle and Joseph. Ameerah has already warned Alyssa, Jasmine and Indy, if she goes, that means there’s a guy’s alliance and Po’s Pack is fake.

I don’t know how that’s all going to play out but I’m excited for tonight. Have a great Wednesday!