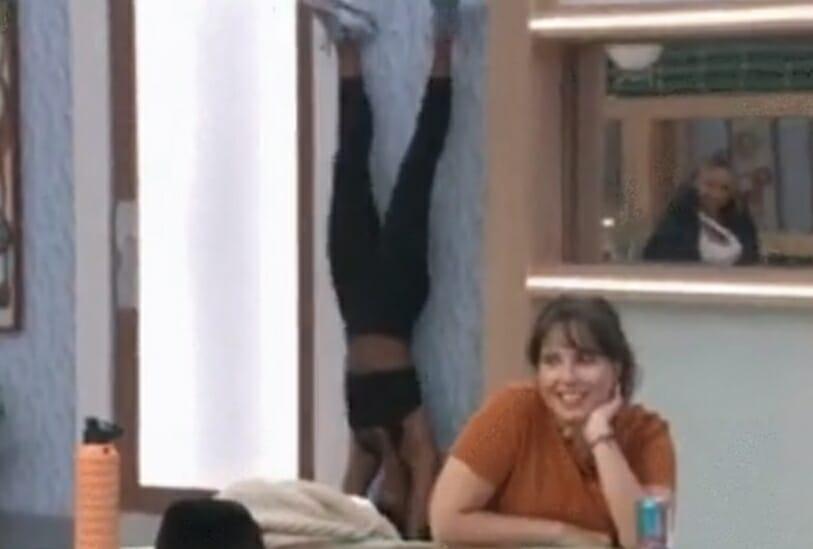 Mornin’ everyone, it’s a new day in the BB house with a new HOH and some tentative plans for the noms. There wasn’t a ton of activity last night but I’ll go over what we know so far. Before I get into the new stuff, I’ll touch on a few things that happened before the live eviction.

Jasmine continued her search for the Muffin Man. She set out bait but Turner won’t fall for it. It sounds as if Jasmine found a cookie in her muffin bag last night so its full blown psychological baked goods warfare now.

In a last attempt to shift the votes, Nicole exposed some “huge” info to a couple people. (not really) Like Paloma, she thought she’d hacked the game. She told Michael about Jasmine’s husband’s fraternity being the same as Monte’s fraternity. More shocking than that, apparently Taylors sorority is the sister sorority to this fraternity, according to Nicole. (As if this wasn’t stupid enough, turns out it’s not even true) While Nicole may have been wrong on this one, it would appear from photos online, Taylor and Paloma must be the real secret duo because they actually did belong to the same sorority. (So much for Nicole’s theory about those bonds running so deep they can’t be broken)

Daniel was mad all day and when Monte walked by whistling “Another One Bites the Dust,” Daniel complained about it. Haha

The spent waaaayyyy too much time on the shomance segments on the episode. The only shomance I could possibly get on board with would be Joseph and the door:

Taylor went ahead with her planned eviction speech. It landed a bit flat for me and would’ve worked better if Nicole hadn’t known she was leaving. (She’d earned the right to say whatever she wanted imo) She looked amazing in that dress though…

I really wish I had a screenshot of Turner in the moment. He was smiling like a proud papa. Most of them liked the speech:

Nicole is gone and in my opinion, she got off easy in her interview. She was delusional to the end. As recently as yesterday afternoon, she was saying she’d never said a bad word about Taylor to anyone.

It sucks on the Thursdays that we don’t get an HOH comp. At the same time, I don’t enjoy having them only air the beginning of a comp so it doesn’t matter that much. I’d rather the Sunday episode have an HOH comp over a comp involving a twist so it could be worse. Besides, its good when there’s time for goodbye messages. As much as I liked Taylors line about pawns going home before the Queen, I’m gonna need her to break out some new material. She’s used that one twice now so its time to let it go.

We also caught a bit of Daniel explaining how BB works to the houseguests at the close of the show. He reminded them they can’t split the check and need to play for themselves. (Wait, I thought Paloma found a loophole for that one?)

After the feeds came back on, there was some talk about Daniel yelling at people. Indy said he yelled at Alyssa and it sounds like he went off on Monte too. I don’t mind people getting mad but I can’t stand a poor sport.

Michael won the hoh and most of the house seems really happy about it. They should because Michael’s worked pretty hard to make most of them feel safe with him.

Michael will still have to hold his HOH talks today but so far the plan may be to backdoor Daniel. He’s thinking of putting up Monte, Joseph and Terrance so they can help him win the veto. Michael said he thought Turner and Jasmine would be good for initial noms but he and Brittnay wouldn’t have as much help in the veto comp. Turner said he was fine with it either way. Monte also sounded fine going up and said they needed to avoid having to put Taylor up again.

Kyle thinks it’s fine for Taylor to hit the block again this week because he wants to avoid it at all costs. He said he thought everyone might take the opportunity to get rid of him over Daniel. He also told Michael they needed to watch out for something similar to a cook out forming. He listed off Taylor, Jasmine, Terrance, Monte, Joseph and Indy possibly teaming up. I understand he’s trying to watch out for himself as they all should be but this is NOT a group of people that are going to work together.

Terrance and Indy voted to keep Taylor against (and I mean really against) how they wanted to vote. Jasmine still doesn’t like Taylor and Monte & Joseph seem loyal to the Pound 1st and the Leftovers 2nd.

Kyle pitched to Michael they should keep Daniel around and take out people who would be more loyal to Monte and Joseph. Kyle’s been paranoid that Monte and Joseph would want to take him out almost as soon as the Leftovers formed. Ironically, I think Monte and Joseph are 2 of the most loyal people to the 7, with Turner coming in 3rd.

There’s really no incentive to go against each other as long as this twist is in play. However, I do think they should be planning for the future. (I’m not going to fault Kyle for trying to avoid the block. I’ll think it’s bad if he can’t get out of it smoothly and without making himself look suspicious) As long as Kyle can get Daniel to forgive him, Daniel is a good person for Kyle to have stick around. Here’s the problem though, that doesn’t make it good for Michael’s game.

If I’m Michael, It doesn’t matter to me how loyal Monte and Joseph are to the 7 because I don’t want to go to the 7 with both Monte and Joseph. They also have Indy, Jasmine and probably Terrance. Kyle has Alyssa and possibly Daniel. (He also has Turner but I don’t think Michael knows that yet) Honestly, Michael needs to weaken both groups in the Leftovers.

Kyle’s a good option for Michael to go further into the game with but NOT until he weakens him a little. He knows this and it’s why Michael tried so hard to take out Alyssa this week. I initially thought Terrance might be a good strategic move for Michael. He isn’t close to him and it cuts down side numbers for Monte/Joseph. Because Kyle seems the most eager to break away from the Leftovers, Kyle is the person who needs to lose someone who might work with him tho. Personal feelings aside, because I can’t wait for Daniel to leave, I also don’t think it’s a bad move for Michael. If I thought Daniel would work with Michael, I’d think it was a bad decision but that’s not the situation. Daniel has no interest in working with Michael and he knows it. He was also painting a target on Michael yesterday during some of his tantrums, telling people ‘Michael is the winner of the season.’

Alyssa, Jasmine and Indy feel pretty good about Michael right now. Because of that, I don’t think it’s time for him to turn on them. (Unless he took out Alyssa) That’s the best move he could make but it would put too much heat on him. It would also cause someone in his final 3 (Taylor) to go on the block AGAIN. That’s not gonna happen. Indy isn’t happy Taylor joined her duo. (She’s so petty, lol)

There was also talk about have nots but it didn’t matter because there arn’t any have nots this week. I think Taylorbis the only one left who hasn’t been a have not. Joseph said he thought it was fair because she’s been otb so much. I’m curious to see how the discussions go with Michael and his alliance today. 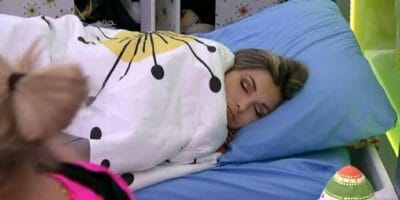 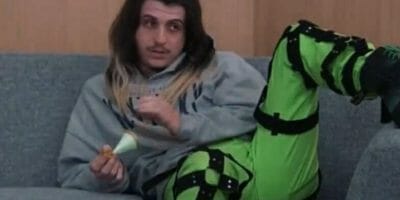 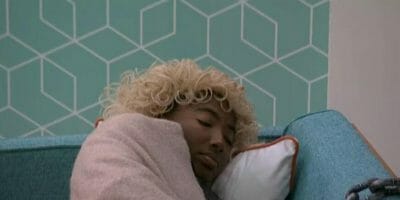