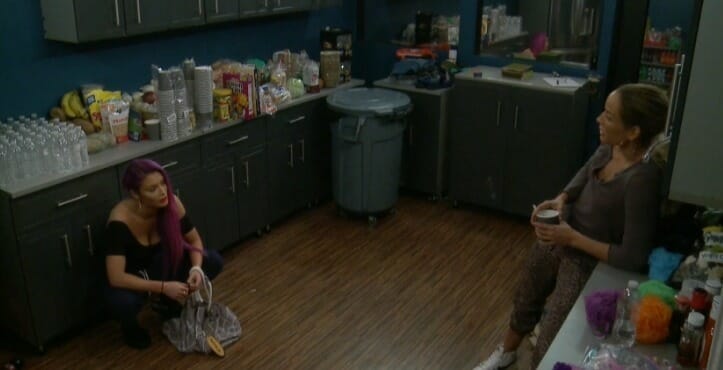 If you’ve been trying to come to the site and it was down, oops. I let the domain name expire. But, it’s back and we’re all good!  I set that to auto-renew so no more of that.

It’s Veto day in the Big Brother house and – get this – Tom actually made the right move!  After tossing around crazy deal ideas with the house and then creating some drama with Tamar by telling Kandi he was considering putting her up as a way to guarantee Ricky’s exit.

Today, Tom decided to go a different path and not only pull Ricky off the block, but he nominate Lolo in his place. This means Lolo and Natalie are the final people on the block this week and one of them will go home tomorrow night.

To be fair, I don’t actually know what the ‘right’ move would have been. He is still swimming upstream this week as he’s not able to play in the HoH competition and will have at least two people angry with him. I just know this feels like the right move because they were going to cruise to the end and this may have been the one shot to take one of them out. As someone who watched Lolo completely blow situations out of proportion and exaggerate ‘threats’ made against her, I won’t be sad to know the duo has been cut in half moving forward.

I’ll update this if something else happens today.