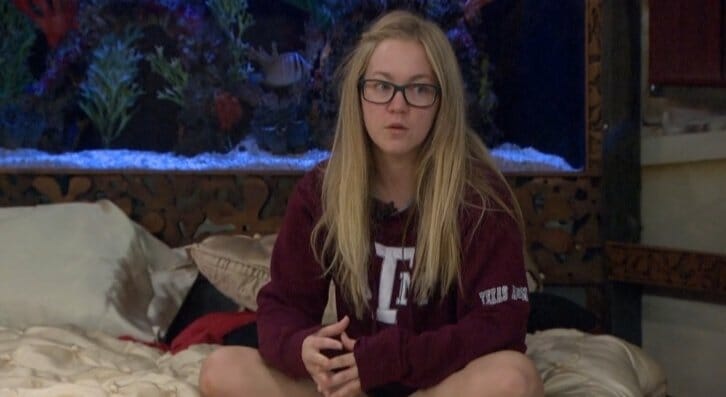 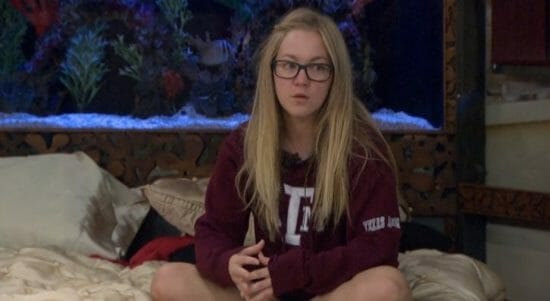 It’s Care Package day in the house, and it’s kind of a mixed bag of a package. The Co-HoH is completely useless for the ballsmashers, but pretty important for the LNJ. If Whitney or Morgan win the CP, it’s almost just a sacrifice for the smashers to waste one of their packages in order to prevent the LNJ from screwing with their week. Seeing as Whitney is on the fence with her alliance, it’s probably best if it does go to her so she’ll just play on the fence and do whatever Shelby wants. Based on the polls, it’s either going to be Jason or Whitney, and we’ll find out at 4pm.

Shelby is making it no secret that she wants Justin to leave this week, but getting him out this week is a tough task considering America has a vote, and as the numbers are so small that it plays huge. One knock on the Smashers alliance is that they’re doing a poor job reaching out to the other side to make them realize that Justin needs to go if anyone wants a chance at winning the game. This is not me wanting Justin out. I don’t care if he stays as I think he’s a good guy. However, looking at it from a game PoV, the entire house has to wake up about that situation. The Smashers are aware of Justin’s guaranteed win, but the LNJ seem to still be delusional that they can beat him – or they don’t care if they lose to him.

When you break down their alliance, it’s clear that Kryssie is both delusional enough to think she’ll beat him, nor does she care if she loses to him. Danielle and Jason may think they can beat him, but I know both of them are gamers are want to win this game. Once they realize they can’t beat him, I know they’d flip on him with the right convincing. Shelby, being the upcoming lawyer, is in the perfect spot this week to convince Jason and Danielle to flip on Justin for this week.  If she can’t do it, or refuses to do it, well they need to cut back on the talk of being the ‘best female alliance’. The best alliances and the best players reach across the aisle and temporarily work with their opponents to get out a bigger threat. This is a defining week for the Ballsmashers to see what kind of alliance they are.