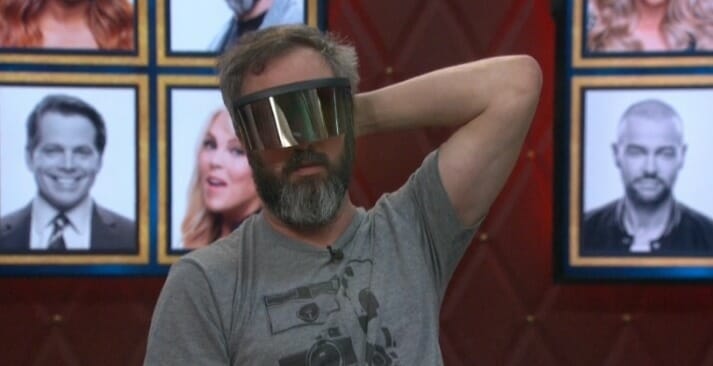 Late start to the day, my apologies. It was a late HoH competition last night and I tried to stay awake to see who won but that backfired.

We do have a winner, however. And that is – Tom!

That’s right, from the doghouse to the penthouse (is that how it goes?). Tom was in rough shape just 24 hours ago, and now he has guaranteed himself a spot in the final 6. Don’t get me wrong, he’s still in bad shape, but he’s at least delaying the inevitable a bit while making the Bedroom Bunch squirm.  I still don’t see a path out of this unless he wins the next veto (not this one) because he’s still outnumbered quite a bit. Even if Dina and Kandi both fully fall to his side rather than playing both sides, Dina is someone who picked an answer because she missed a player. Not exactly the strongest of the bunch. Of course, this is Big Brother and she could very easily luck her way into the next HoH which would completely flip the house around, but that will be on Friday night during the second part of the double eviction.

It’s unknown who Tom is going to nominate, but I fully expect Ricky, Nat, and Lolo to be 2 of the noms with the third as the replacement nom should one win veto. I’ll be shocked if he does something different other than possibly add Tamar to that mix.